A. Sutherland - AncientPages.com - Among many colorful epithets of great god Odin was “Lord of the Spear”. Odin owned Gungnir (in Old Norse means "swaying one"), a magical weapon, which was unstoppable in its fight and governed the fortunes of war.

This divine weapon would easily strike whatsoever he aimed at and it always flew straight to its target and it never missed it. 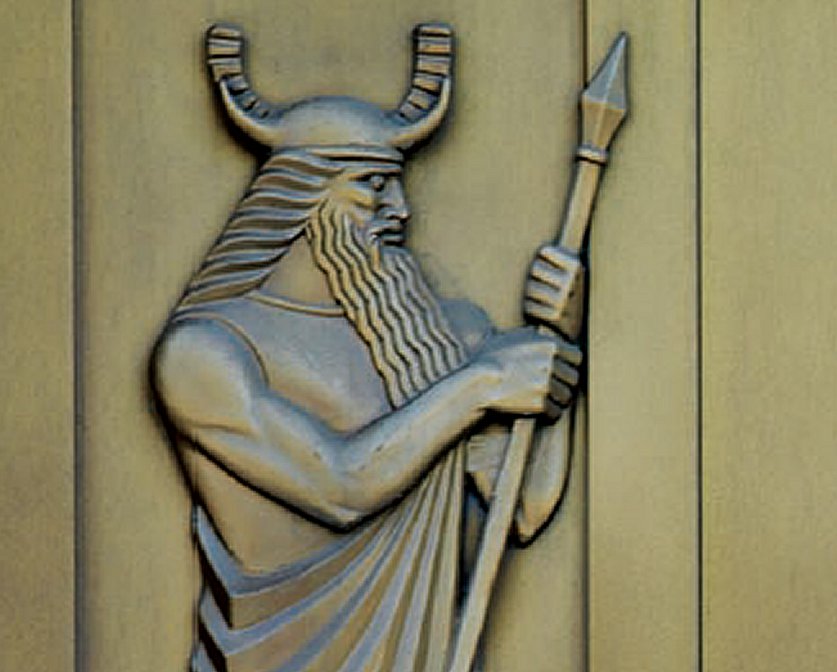 Odin with his spear, Gungnir. Sculpture by Lee Lawrie, Library of Congress

According to Snorri's Edda, Gungnir, as well as the ship Skidbladnir, and the goddess Siv's golden hair, were manufactured at the request of Loki, by the dwarf artisans Brokk, and Eitri, who were sons of Ivaldi and lived in the underground cave in Svartalfheim. Brokk, and Eitri were well-known craftsmen among the dwarves.

Another version says that after drinking from Mimir’s Well, Odin broke off a branch of the sacred tree Yggdrasil, which overshadowed the spring, and made from it his favorite weapon - spear Gungnir. In 'Sigrdrivomal', which is a part of the Poetic Edda text in Codex Regius, a sailor mentions that Odin carved runes on Gungnir's cape, and they held magical powers.

Sometimes Odin entrusted to Hermod's care the precious spear Gungnir, bidding him cast it over the heads of combatants about to engage in battle.

As the god of war, Odin usually carried the infallible spear Gungnir in his hand, and this amazing weapon was so sacred that an oath sworn upon its point could never be broken.

Asgard: Enter The Ancient Kingdom Of The Powerful Norse Gods

The initiation of war was symbolized by Gungnir, which Odin used on the battlefield. He threw it above the heads of the army of enemies. Legends say that if they fell, they became an offering to Odin. Those warriors who were killed by a spear became part of the Einherjar, his troop of warriors in Asgard. 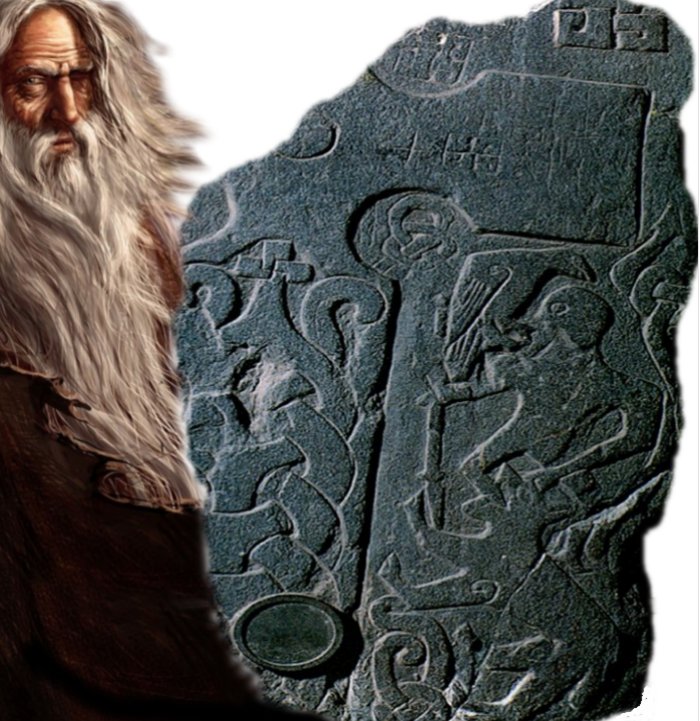 Left: Odin god of war; Right: 10th-century panel from a Viking-era cross on the Isle of Man. It depicts Odin with his spear and a raven on his shoulder; they meet the wolf Fenrir and they will be devoured by this monstrous creature.

Gungnir was slender and very strong and it became Odin’s favorite weapon, which was used by the god of war and magic to provoke or reduce disagreements and conflicts.

Odin’s skills in battles were legendary and unlimited. He cast his spear during the war between the Aesir and the Vanir.  The battle raged until both armies grew tired of the slaughter. But amazingly, it seemed that neither side could win or lose, and so this old tradition was continued for long.

According to an old tradition, Norse warriors threw their spears at the start of a battle to invoke Odin’s protection in war.

At Ragnarok, the battle on the Last Day when the gods and the mythological present comes to end, this particular spear is of great importance. Odin's magic weapon Gungnir and Draupnir (‘Dripper’), a fabulous golden ring, from which eight equally heavy rings drip every ninth night, are important attributes for Odin’s ability to uphold his power and position as king of the Aesir.

There are several different versions of the story of how Odin obtained the mighty and sacred Gungnir. According to one myth, dwarves forged it from sunlight as a gift to Odin. Another story says Gungnir was among several objects forged by the dwarves as part of a contest arranged by trickster god of Norse mythology, Loki.

Then, Loki gave it to Odin, saying:

“I take this spear called Gungnir and give it to you. It is a unique spear in that when aimed and thrown it never misses its mark. And any oaths sworn with a hand upon its point cannot be broken…”