Scientists report everything indicates London is twice as old as previously thought. Historical records inform the Romans established Londinium on the current site of the City of London around 43 AD.

The first definite mention of the city refers to the year 60 AD and occurs in the writings of the Roman historian and senator, Tacitus, who wrote of a celebrated center of commerce filled with traders. 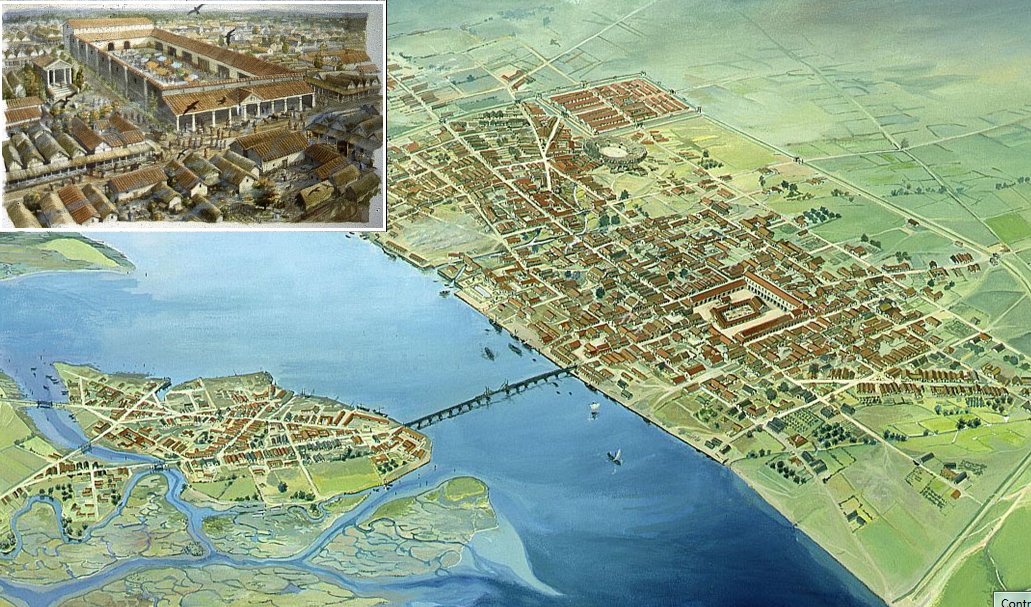 Londinium was equipped with massive defenses: several forts were built along with the immense London Wall, remains of which are still recognizable in the city.

However, archaeologists excavating about 15 meters outside the northern boundary of the historic City of London discovered that London may have begun not as a town or even as a village. It seems London was first a ceremonial place of popular assembly where local people would have come together for major social and religious feasts and rituals.

This new discovery pushes the potential beginning of London's story back to the 36th century BC. 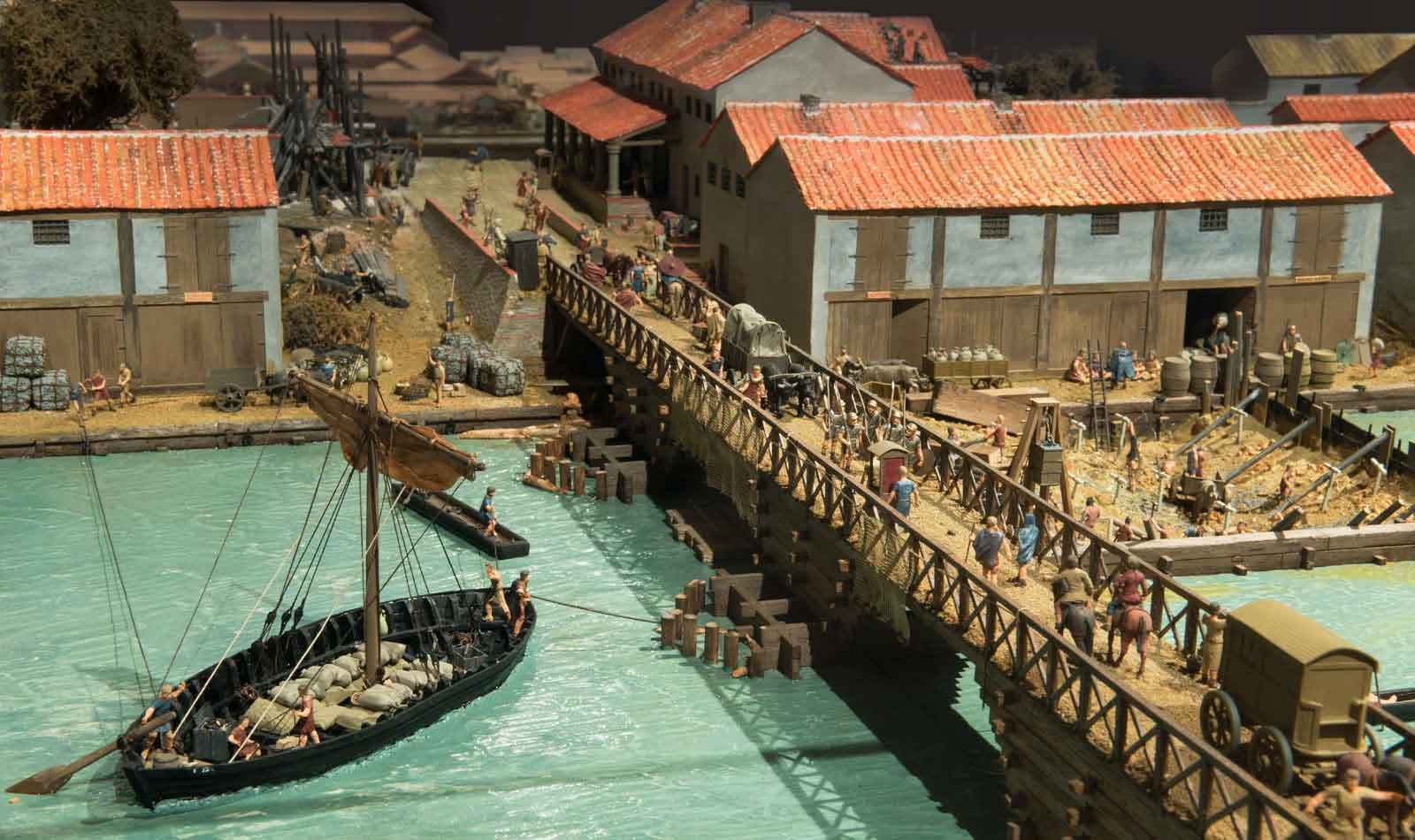 Londinium Bridge. This model shows how the Romans built the first bridge across the River Thames, where London Bridge now stands. Credits: Museum of London

“The evidence for very early organized human communal activity in what would later become London is the discovery of a substantial amount of early Neolithic pottery – 436 fragments in total.

The fragments, found in Shoreditch, come from between 25 and 35 cooking and other pots.

What's more, scientific analysis, carried out by the University of Bristol, shows that there were two basic types of pot usage - and has therefore been able to reveal the nature and scale of what was happening at the site,” The Independent reports.

Examination of the pottery shows the artifacts were used for milk production and alcoholic yoghurt-type beverages. 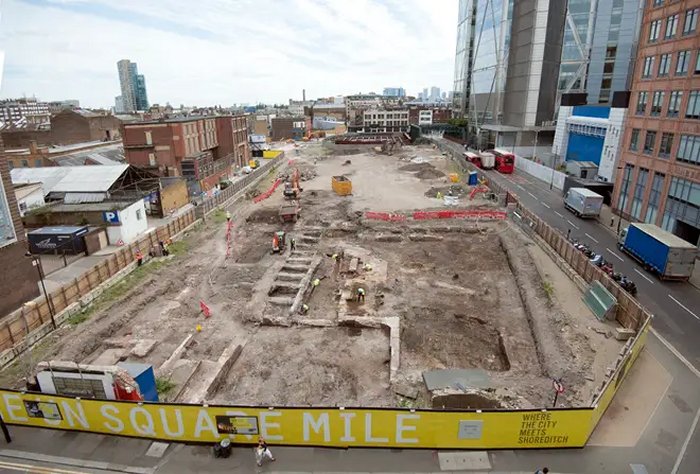 “However, evidence on the site suggests that the 436 pottery fragments, or sherds, that have survived were originally part of a substantial now long-vanished rubbish dump (possibly at least 12 meters across), which would perhaps have contained many thousands of sherds, representing large numbers of ceramic vessels.

Indeed, the rubbish dump was potentially so substantial that parts of it still seem to have survived into Roman times, 3600 years after the dump had been created.”

This new discovery shed new light on the beginning of London's story, but there are still many unanswered questions. For one thing, it’s still unclear whether this organized social and political activity continued through subsequent prehistoric millennia. There are however certain clues from areas in and around the historic city of London that give reason to think that there may well have been some sort of continuity of human activity. 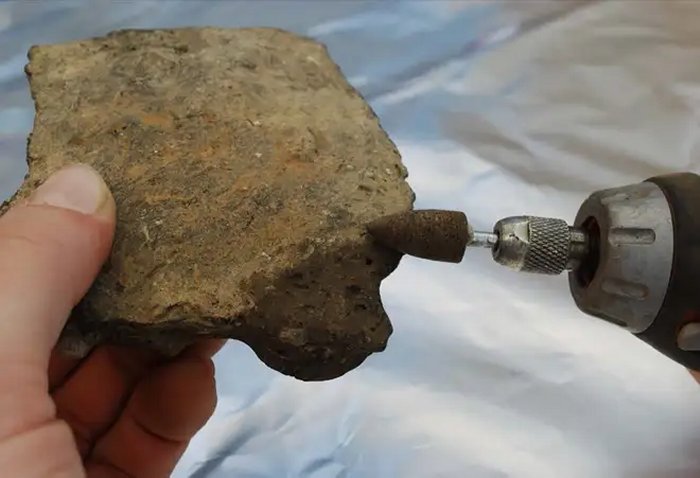 Samples of pottery being taken for radiocarbon dating. Credit: University of Bristol

As examples are mentioned objects such as a spectacular Late Bronze Age shield found near London Bridge, Bronze Age pottery found on Cornhill, and ritual weapons discovered in the Thames.

More studies must be carried before scientists can get a comprehensive picture of how London evolved throughout history, but this new archaeological finding may help scientists to piece together a better historical picture of UK’s capital.