A. Sutherland  - AncientPages.com - Mimi (Mimih) spirit people are generally benevolent and playful creatures that originate in Arnhem Land, a historical region of the Northern Territory of Australia, and are even older than the rock art found in the region. 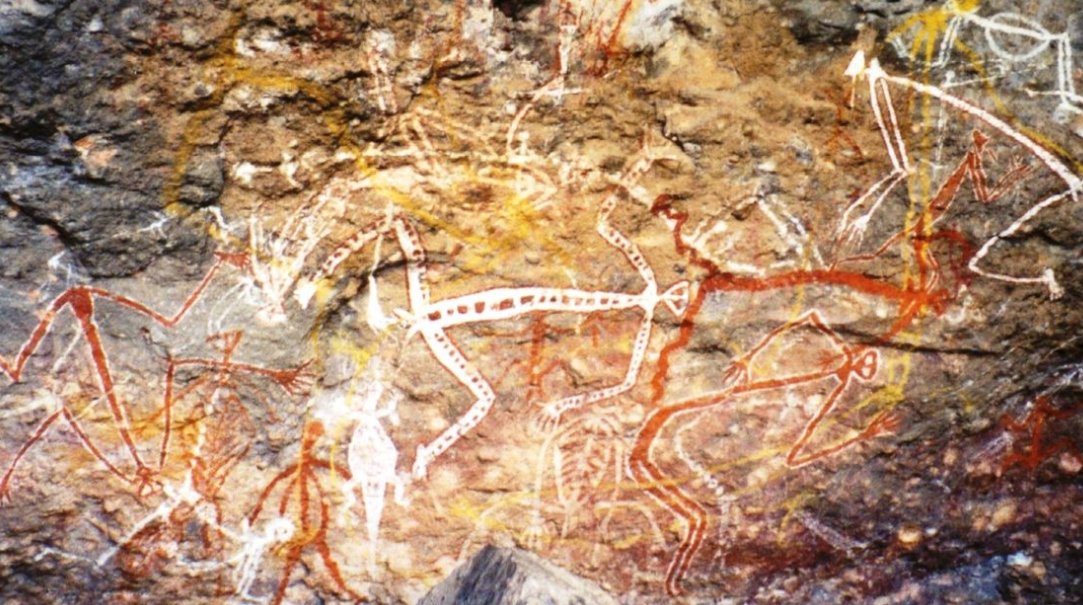 Though they are depicted on the rocks of western Arnhem Land and are an important part of northern Australia's folklore, their characteristically elongated and fragile figures have been seen all over Australia.

It is often said that ancient Aboriginal cave paintings that date back as many as forty years are the work of these tiny creatures that possessed creative qualities.

The Mimi liked to portray themselves using red ochre and range from pale red to darkest brown.

They depicted the Mimi hunting, dancing and running, spearing kangaroos, and the rock paintings widely attributed to them, are considered to be the finest among the rock art on the continent.

In that case, the Aboriginal rock-shelter art of Arnhem Land is the Mimi spirits' legacy to mankind, and the creatures are naturally rooted in the landscape of Arnhem Land and thousands of years old.

The Mimi are said to be very tall, extremely thin and naked, with genitals often prominent if they are male, and large pendulous breasts if they are female. 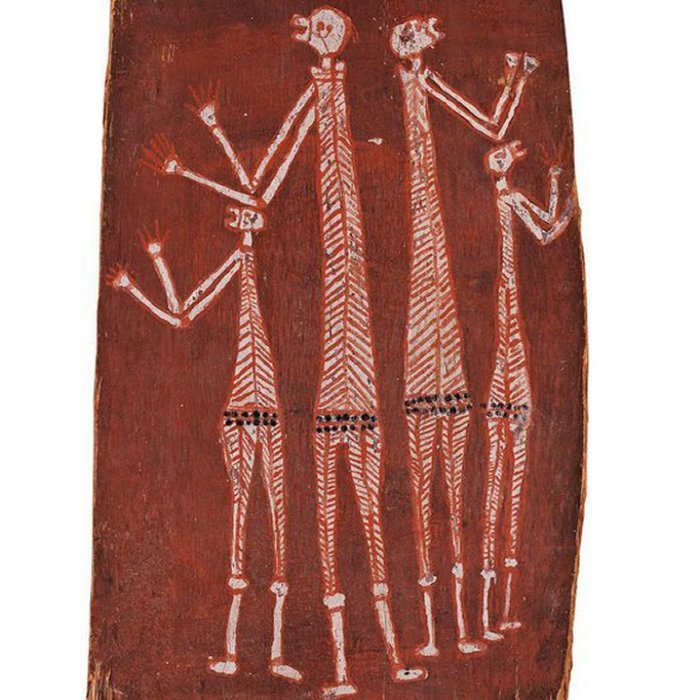 Mimi (Mimih) are often depicted on aboriginal bark paintings. Most Mimi are on paintings from Oenpelli in Western Arnhem Land and Crocker Island. Source

They have hair on their big heads. They are rather shy and usually do not go much outside especially when it's windy weather.

They dwell in family groups, hidden in rock chasms of the Land of Arnhem, and have the ability to get inside by blowing on cracks in rocks; the rocks mysteriously respond by opening and allow the creatures inside.

Invisible to the human eye, the spirits can be sometimes seen by perceptive people.

Their main food is a kind of yam that grows in Arnhem Land.

In ancient stories from the past, the Mimi taught Aboriginal ancestors survival and creative skills like the art of painting, hunting, and how to use fire.

They were also friendly to visitors and new settlers on the land but on certain conditions.

It happens the Mimi - sometimes mischievous, untrustworthy, and tricky - may behave in a hostile manner, especially when they are surprised by the sudden presence of a stranger.

According to ancient Aboriginal beliefs, people who frighten these spirits may be punished with illness. Another ancient belief warns that the Aborigines give good advice to all who are passing by Mimi’s territory: don't approach kangaroos, because they may belong to the Mimi spirits, and the owner of the animals does not hesitate to kill anyone who harms his animal.

The Mimi spirits are accepted by the Aborigines who consider them as real as humans.

The core of spirituality of these people means that all aspects of life are in relationships with one another and the environment, as well. If a tree is cut down, the man or woman shares its pain, they say.

The Mimi protect all the animals and guard the balance between them and people.