A. Sutherland  - AncientPages.com - In Norse mythology, Skírnir, whose name means "bright one" (in Old Norse), was a trusted servant and friend of Frey, a shining god, bringing fertility, prosperity and a good harvest. Skirnir was also his messenger and vassal. 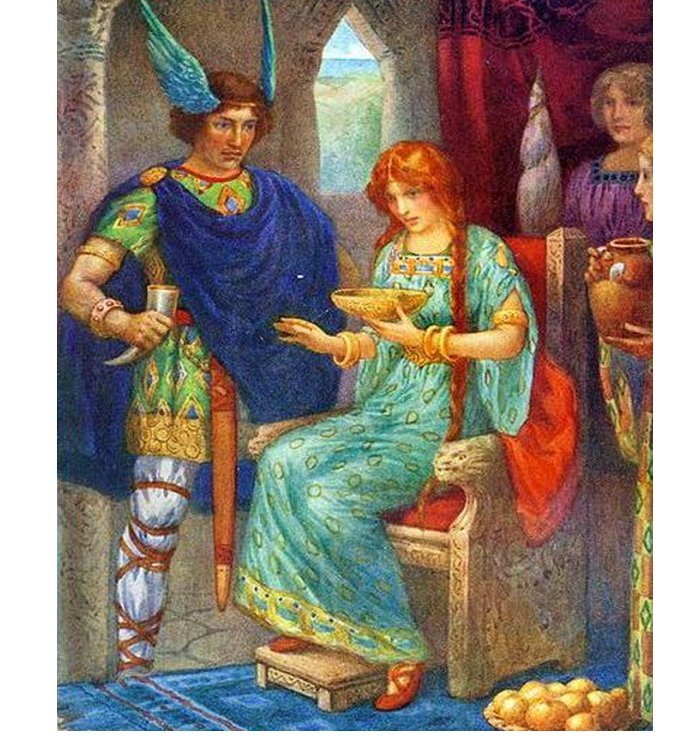 In one myth, Skirnir performed favors for Odin, father of the gods. After the nasty wolf Fenrir evaded capture, Odin sent Skirnir out to Svartalfheim, the land of the mountain dwarfs, who were known for their remarkable skills in mining and smithing. However, also Skirnir was a talented craftsman. Together, they forged a magical rope, as smooth as a silken ribbon, for the purpose of binding the wolf.

Another story tells that one day, Njord, Frey’s father noticed the decline in his son Frey's health and mood. He went to Skirnir, Frey’s childhood friend and loyal servant, to ask him to do something to bring his son out of his troubles he apparently had.

“Frey, we are old friends. Perhaps there’s something I can do to help you. But I have to know what it is that’s troubling you.”

Frey decided to open his heart for Skirnir and told about Gerda (Gerd) and his warm feeling toward her. He knew he could neither forget her nor could wed her. Gerda was the daughter of the Jotun Gymir and Aurboda, and Frey was Vanir and Lord of the Elves.

“If you could but help me win Gerda, for I will die without her. I’ll reward you well,” Frey said to Skirnir.

According to the story in Skirnismal, a 10th-century poem in the Poetic Edda, and by Snorri Sturluson in his 13th-century Gylfaginning, Skirnir went on a long and dangerous mission to Jotunheim, the land of the giants to persuade the Jotun maid Gerda to wed his master, Frey.

He believed he could help Frey so he agreed to the task but on condition of being given his master's powerful sword as a reward.

'Give me the horse that follows its nose through the dark, and will not bridle at magic, flickering flames. And give me the sword that will fight against giants of its own accord.' 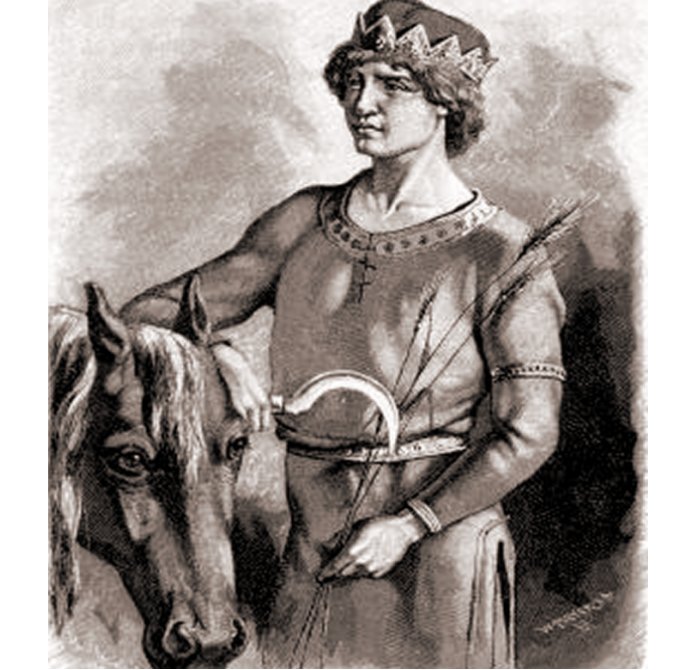 Skirnir. An illustration from Fredrik Sander's 1893 Swedish edition of the Poetic Edda. source

Frey handed over his wonderful magic sword whose blade could strike of its own power, and Blodighofi, the wondrous horse out of the ordinary that could leap through fire unharmed could understand speech, and travel as easily through the night as through the day.

Blodighofi jumped with Skirnir through the flames, and they both came out unhurt, but before Skirnir met Gerda, he had to overcome many other obstacles on the road. He wasn't afraid of huge terrifying hounds that barking and howling in front of him, and he didn't care when the old man shepherd told him that Frey was already doomed to failure and death, and Gerda wasn't worse fighting for because her heart was made of ice.

In this way, he wanted to say that Skirnir’s long journey and all his efforts of winning Gerda for Frey, were in vain. Yet, Skirnir was determined to complete the task against all odds. He also knew that the Norns had decided Frey's fate and when he should die.

Finally, he appeared in front of Gerd.

First Skirnir offered Gerda golden apples if she would give her love to Frey, but Gerda had plenty of gold, even Odin's magic ring, Draupnir, was not a tempting offer because she had plenty of jewels. 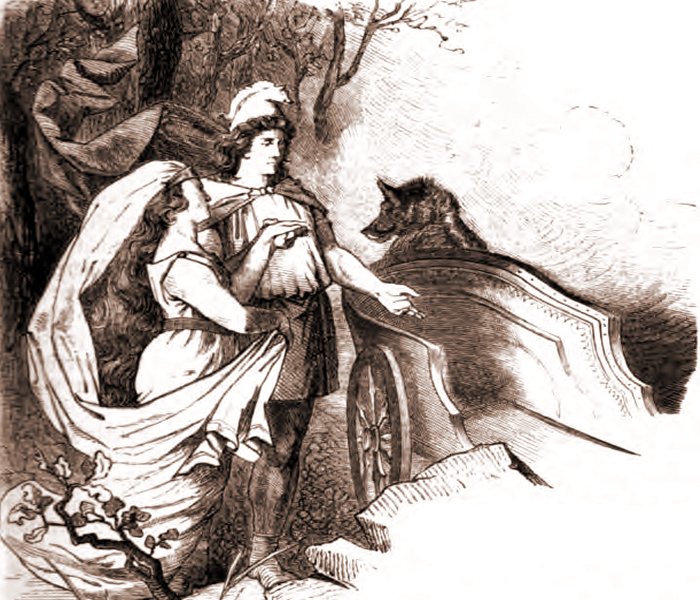 Skírnir Persuades Gerðr to Follow Him (1882) by Karl Ehrenberg. Source

Then, Frey’s faithful servant tried to persuade Gerda to meet Frey by using sorcery and threats. Gerda wasn't easily scared though Skirnir condemned her to loneliness, eternal cold, and a life of misery. She would have no friends, no husband, no children, drink, and food would have disgusting taste, and she would always be cold and miserable and would slowly dry up like a thistle with prickly stems, dying and forgotten by all.

At last, she gave in at the terrible threat of eternal cold and loneliness and promised to marry the shining god Frey. Skirnir left Frey’s magic sword (probably gambanteinn) behind as a bride price for the giant Gymir. Then, he returned to Frey with the good news that his beloved Gerda would wed him in nine days at the sacred Barri forest.

In this story, Gerda personifies cold winter that surrenders to the warm air of spring and sunshine. The nine days are not actually days but long nine months of hard winter in northern countries, where people have to wait a long time before spring arrives.

In some other myths, the radiance of Gerda personifies the Aurora Borealis known as the northern lights.