Conny Waters – AncientPages.com – The downfall of Cahokia, one of the most sophisticated civilizations in North America has been debated for a long time.

During its peak, the Pre-Columbian metropolis, located in what is now southern Illinois was home to 40,000 people living on six square miles. Then, something happened and the inhabitants of Cahokia, the "City of the Sun" suddenly vanished.

For unknown reasons, inhabitants of Cahokia abandoned their houses, around 1200 AD. When Christopher Columbus and the Spanish conquistadors reached Cahokia, there were no traces of its former inhabitants. 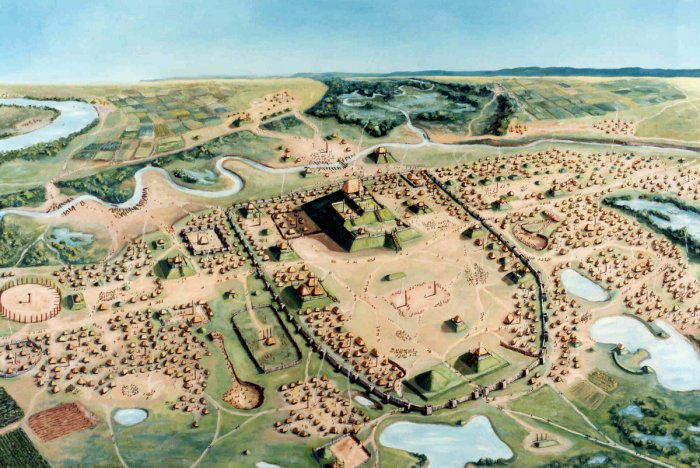 An archaeologist is now challenging the myth of Cahokia’s lost civilization saying that the decline and disappearance of the native American civilization were not as we have been taught.

A.J. White, a UC Berkeley doctoral student in anthropology investigated the region and discovered clues that offer evidence the exodus was short-lived.

"One would think the Cahokia region was a ghost town at the time of European contact, based on the archeological record," White said.

"But we were able to piece together a Native American presence in the area that endured for centuries."

White dug up ancient faces and paddled out into Horseshoe Lake, which is adjacent to Cahokia Mounds State Historical Site. Together with his colleagues, he dug up core samples of mud some 10 feet below the lakebed. By measuring concentrations of fecal stanols, researchers were able to gauge population changes from the Mississippian period through European contact.

Based on the evidence he examined, White is convinced that the civilization of Cahokia didn’t just vanish.

According to White’s findings, a fresh wave of Native Americans repopulated the region in the 1500s and kept a steady presence there through the 1700s, when migrations, warfare, disease, and environmental change led to a reduction in the local population.

Scientists analyzed fossil pollen, the remnants of ancient feces, charcoal and other clues to reconstruct a post-Mississippian lifestyle.

Their evidence paints a picture of communities built around maize farming, bison hunting and possibly even controlled burning in the grasslands, which is consistent with the practices of a network of tribes known as the Illinois Confederation.

Unlike the Mississippians who were firmly rooted in the Cahokia metropolis, the Illinois Confederation tribe members roamed further afield, tending small farms and gardens, hunting games and breaking off into smaller groups when resources became scarce. 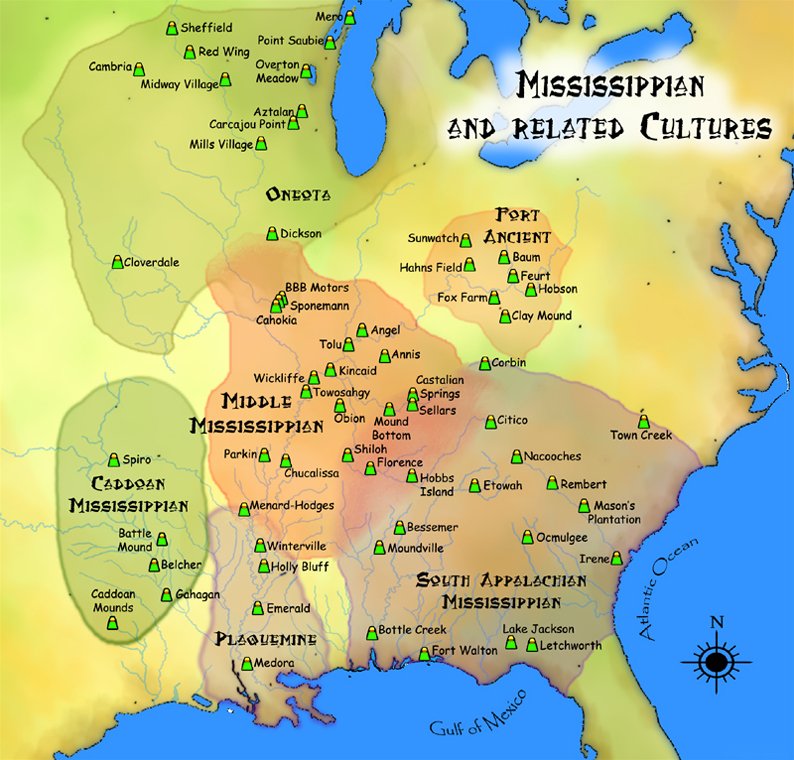 A map showing approximate areas of various Mississippian and related cultures. Cahokia is located near the center of this map in the upper part of the Middle Mississippi area. Credit: Herb Roe, CC BY-SA 3.0

White doesn’t deny that that climate change in the form of back-to-back floods and droughts played a key role in the exodus of Cahokia's Mississippian inhabitants, but the event wasn’t as dramatic as many think.

While many studies have focused on the reasons for Cahokia's decline, few have looked at the region following the exodus of Mississippians, whose culture is estimated to have spread through the Midwestern, Southeastern and Eastern United States from 700 A.D. to the 1500s.

White's latest study sought to fill those gaps in the Cahokia area's history.

"There's very little archaeological evidence for an indigenous population past Cahokia, but we were able to fill in the gaps through historical, climatic and ecological data, and the linchpin was the fecal stanol evidence," White said.

Overall, the results suggest that the Mississippian decline did not mark the end of a Native American presence in the Cahokia region, but rather reveal a complex series of migrations, warfare and ecological changes in the 1500s and 1600s, before Europeans arrived on the scene, White said.

"The story of Cahokia was a lot more complex than, 'Goodbye, Native Americans. Hello, Europeans,' and our study uses innovative and unusual evidence to show that," White said.