Jan Bartek – AncientPages.com - Depictions of the mysterious Hooded Ones have been encountered in various places in Europe. Who were these enigmatic cloaked individuals and why is it so hard to determine their gender?

Were they made in the image of Pagan gods, monks, dwarves, spirits or some unknown strangers we haven’t been able to identify yet? The enduring mystery of the figures remains a captivating historical subject. 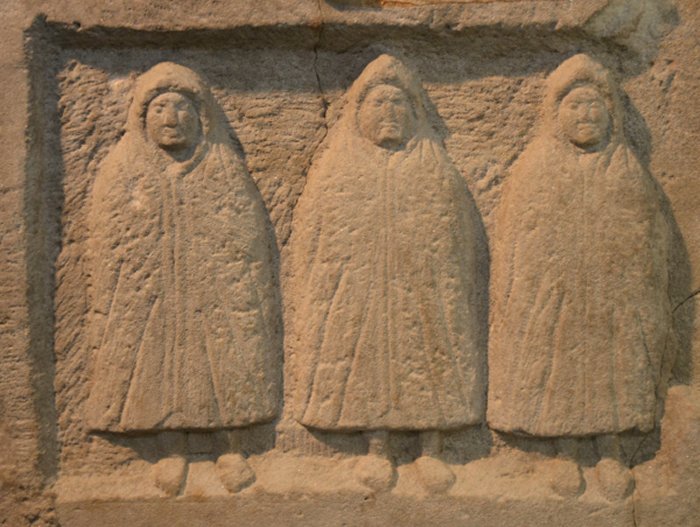 There are many speculations and theories on genius cucullatus which mean the “Hooded One”, but it’s unknown who these beings were.

Several stone carvings depicting the Hooded Ones clay statuettes have been unearthed in Continental Europe and Britain. A famous carving of the Hooded Ones can be found on Hadrian's Wall. In most cases, it’s impossible to say whether they were women or men, but a carving found in the Moselle regions shows the Hooded Ones wearing mustaches. That particular carving gives us reason to think they could have been males. 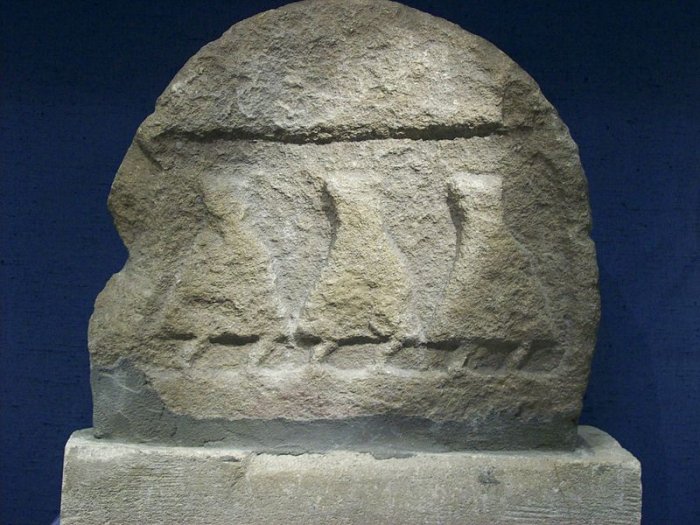 The gender of the Hooded Ones is difficult to determine. Here they are seen on a Roman relief, Corinium Museum, Cirencester. Credit: Tony Grist

The Hooded Ones wear a long cloak, covering them from the head to the ankles, making. This outfit makes it only possible to see the face of the Hooded One. On carvings, we find them depicted either as singular or as triplet. Statutes of the Hooded Ones have been found near springs which led some scholars to believe that these beings were gods of healing. “Over the centuries people have observed the water and its powers and created myths and legends related to it. Water has been credited with purification and healing effects.” 1

Sometimes the Hooded Ones wear a sword, a fact that gives us reason to speculate whether they were guardians. What could they have protected? Historians and mythology experts emphasize that these puzzling cloaked individuals are occasionally standing next to Lenus, god of healing. Being in his presence indicates they may have been regarded as protectors against disease.

“Although these sculptures resemble those of the Greco-Roman deity Telesphorus, hooded attendant of Asclepius, scientists know today that “the genius cucullatus has been considered a figure peculiar to the Celtic cultures of Britain and Gaul.” 2

Were The Hooded Ones Dwarves?

Some researchers who have studied the Hooded Ones point out we should pay attention to the small size of these cloaked beings. Can their height offer clues to their identity?

Waldemar Deonna who wrote a monograph on hooded supernatural beings said that they may not have been great gods, but rather minor gods, demons or spirits.

Deaonna asserts that the cucullatus is usually a child or a dwarf, more rarely an adult of normal height, and other scholars both before and after him have considered the cucullate to be dwarves.

However, an examination of photos and sketches of the figures themselves allows one to wonder what evidence there is for such a conclusion. While those figures for which dimensions are published are indeed small, ranging from a maximum of sixteen inches down to 1 374 inches in height, with the majority between six and twelve inches, there is no evidence that they depict individuals who are vertically challenged. The genii cucullate most often appear alone in Gaul, and in trios in Britain.” 2

Since the bodies of the Hooded Ones are enveloped in cloaks it’s difficult to determine whether their bodies are abnormal or not. From their representations alone, we cannot tell whether they depict adults, children, dwarves or maybe even gnomes. 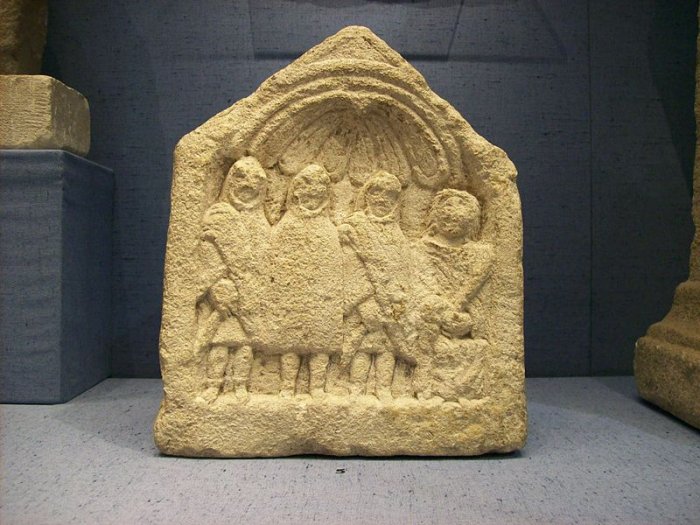 The Hooded Ones together with a deity depicted on a Roman relief sculpture, Corinium Museum, Cirencester. Credit: Tony Grist

“However, in two British cases from Cirencester, three cucullati are represented together with a mother goddess. In these compositions, all four deities are of the same size, attesting the full - or bigger than life – dimensions of the cucullati”. 2

The mystery of the Hooded Ones remains unexplained and these unusual cloaked individuals simply refuse to give up their ancient secrets. No one can tell you if these perplexing beings were made in the images of gods, helpers, dwarves, gnomes, children, monks or something else, but they are interesting and an important European legacy.