A. Sutherland - AncientPages.com - The Gaulish god Belenus (Belinus/Belenos), whose worship goes back to deep antiquity, was a widely recognized deity associated with healing, springtime festival, protection, and, on occasion, with the sun. 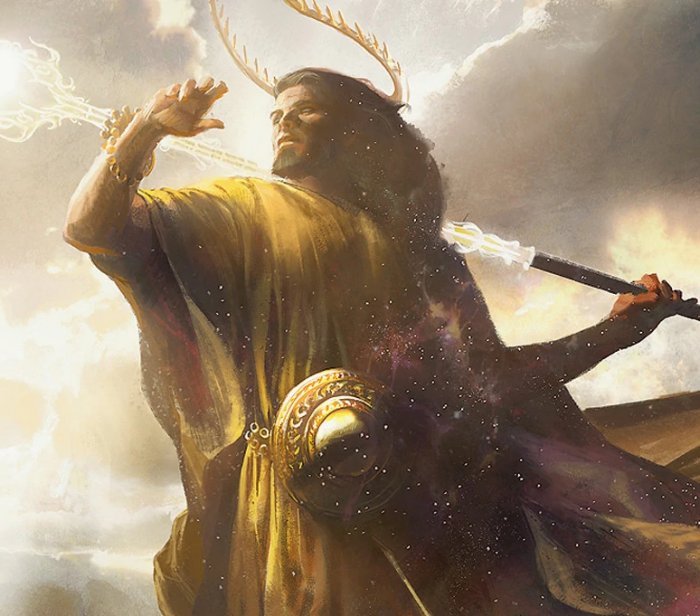 His name is probably a latinization of the god Beli worshiped by the Celts who inhabited the European continent before being driven away by the Romans.

we honor you this day—

and thank you for your gifts.

You are known by many names.

You are the light over the crops in the fields,

the heat that warms the earth,

the hope that springs eternal,

Related to Apollo But Not In Celtic Culture

In ancient depictions, this deity was recognized as the equivalent of the Roman god Apollo, a god of light and the sun, but sometimes associated with the god Lugh.

Belenus was often depicted riding the sun across the sky in a horse-drawn chariot. Other depictions show him riding a horse and throwing thunder-bolts while using his wheel as a shield. The wheel, a head with solar rays and halos is also an attribute associated with Belenus.

As we know, the god Apollo acquired power over medicine, healing, disease after he was established at Delphi.

In Celtic culture, however, Belenus was associated with health, fountains, health, and the pastoral lifestyle. 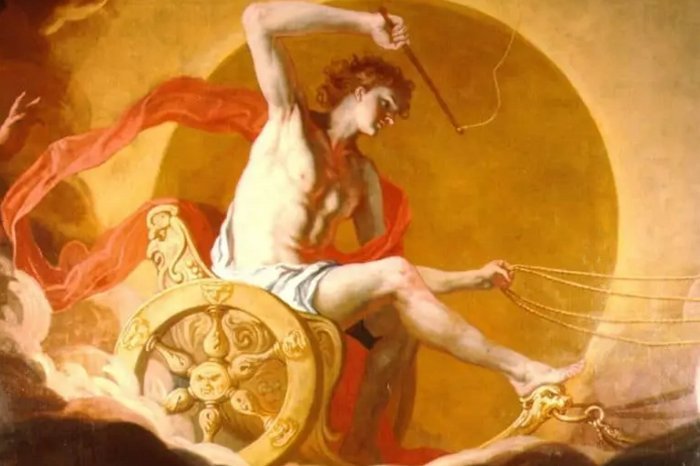 His other associations were with the symbols of the phallic shaped stone, the bull, the oak, and the horse. As one of the Celtic high gods, he was known in Ireland, Scotland, Wales, France, Italy, Spain, England, and other locations. He had many names similar names like Belen, Belinus, Bellinus, Bel, depending on tradition, language, and place of worship.

His attributes included the capacity for healing, which earned him the award of being the god of medicine and a divine healer.

Due to his healing functions, he was worshiped as ‘the Master of Power’ or ‘the Powerful One’ at healing waters including Aquae Borvonis (Bourbon-les-Bains) in France, and water sanctuaries, such as sacred springs at Sainte-Sabine, Burgundy, France.

In the areas conquered by the Roman Empire, he was identified with Apollo. This association was not due to solar imagery but rather healing capabilities.

In various records, Belenus also appears as a protective deity of the livestock and crop along with areas related to agrarian activities. In this ritual, both cattle and crops were purified with the intention of ensuring prosperity for the following year. This ritual of protection was held in honor of this deity.

Traces Of His Worship Found Mostly In Italy And France

Inscriptions dedicated to Belenus were found at many sites. He was worshiped among the Illyrians, in central and southern Gaul, in the eastern Alps, and Aquileia (North Italy), where scholars identified as many as fifty-one of them. In the 3rd century, this god was the patron deity of the city, and the most popular divinity, according to Aelius Herodianus, one of the most celebrated grammarians of Greco-Roman antiquity. Herodianus in “The Roman Histories” equated Belenus with Apollo; however, it was only confirmed in a few of the inscriptions. 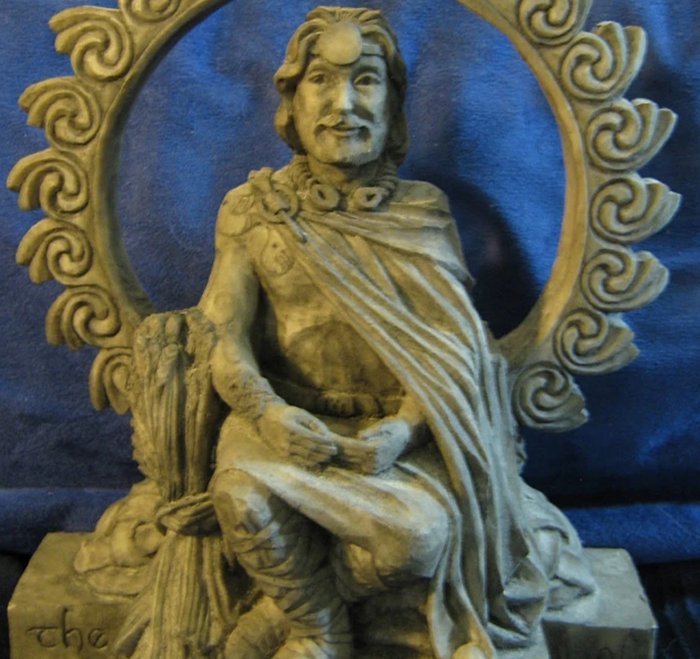 Herodianus in “The Roman Histories” equated Belenus with Apollo; however, it was only confirmed in a few of the inscriptions. Image source

Herodianus (Herodian) writes that the god Belenus appeared above a battlefield in Aquileia, Italy. The emperor Maximinus besieged the city in 238, but oracles testified that the city would be protected by Belenos, who was later attested to have been seen hovering over the soldiers. Aquileia was really a very tough city; it was defended by the former consuls Crispinus and Menophilus, and it did withstand the siege, outlasting the emperor, who was assassinated within four months.

Another author, Iulius Capitolinus (300 AD -350 AD) also referred to Belenus as Apollo, or the Sun.

Traces of his worship in ancient times were found in other places in Europe as well, and most probably, early European settlers had their ritual site dedicated to Belenus at a site in  New Hampshire called Mystery Hill, where a stone tablet with an Ogham inscription "Dedicated to Bel" on it, was discovered in 1967, and translated by Dr. Barry Fell, president of the Epigraphic Society.

“The ancient author Apollonius relates a Celtic story of a stream formed by the tears of Apollo Belenus, when he was forced from heaven by his father; as Apollo was the Greek sun divinity, this textual evidence strengthens the argument that Belenus had solar connections. In Britain, a hero Belinus was mentioned by the early historian Geoffrey of Monmouth as twin to Brennius, the two went to war over the throne but ultimately agreed to share power.

The continental god Belinus is not described as warlike, so despite the similarity in names, it is not clear that the same figure is intended.” 1