Conny Waters – AncientPages.com – The great Renaissance man Leonardo Da Vinci (1452 – 1519), had many secrets he was unwilling to share with the world. Modern scientists must work hard to uncover hidden drawings beneath his paintings. 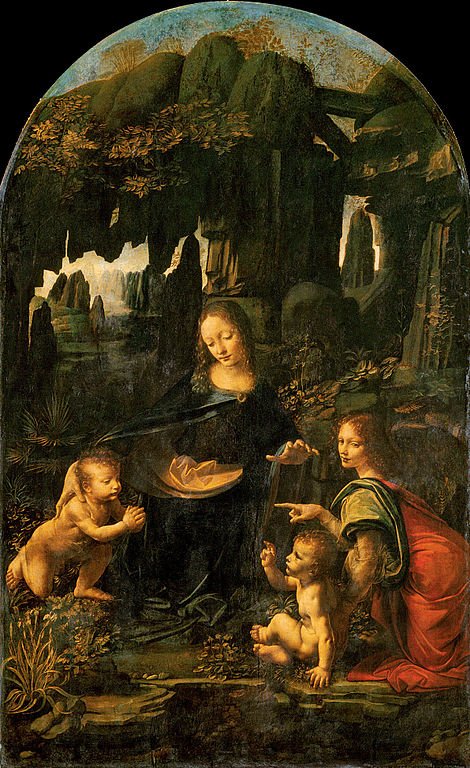 The Virgin Of The Rocks is one of his early masterpieces and the painting is full of surprises. The Virgin of the Rocks, sometimes called the Madonna of the Rocks was painted in 1483 when the Confraternity of the Immaculate Conception commissioned Da Vinci to provide the painting as a part of an altarpiece for its chapel in the church of San Francesco Grande in Milan.

Image: Left: Detail derived from mathematical processing of the hyperspectral imaging data, revealing the drawing for the angel and baby of the first composition under the landscape at the right side of the painting. Right: Tracing of the underdrawing lines in the hyperspectral image to give a clearer image of the angel and baby. Credit: National Gallery

As reported earlier, scientists at the National Gallery discovered hidden drawing beneath Leonardo Da Vinci’s painting Virgin Of The Rocks and Unknown handprints. It’s still unknown who these handprints belonged to. Could it have been Leonardo da Vinci’s own hands?

In doing so they revealed, more clearly than ever before, the hidden figures that Leonardo first drew before changing his design to the one that he eventually painted. These included abandoned images of an angel and the Infant Christ.

"It was like looking for a needle in a haystack, but such a great feeling to see the wings and head finally uncovered,” Imperial College London's Professor Pier Luigi Dragotti said. 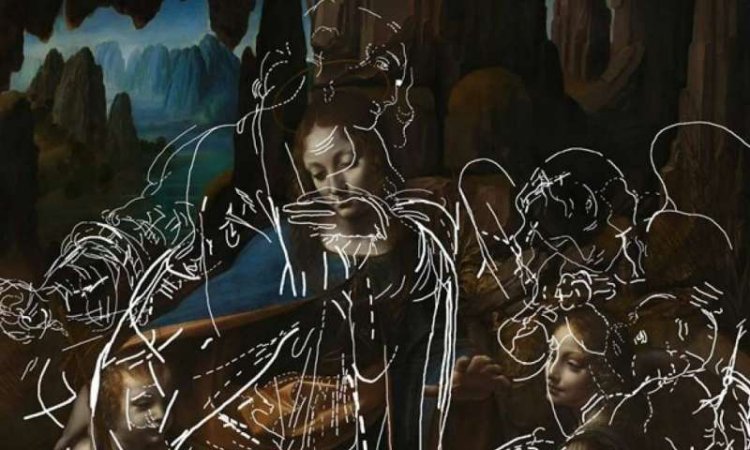 A tracing of the lines relating to the underdrawing for the first composition, amalgamating the information from all the different technical images (superimposed over the visible painting). Credit: National Gallery

More recently the team used MA-XRF to non-invasively scan each pixel of the painting to detect different chemical elements within the materials Leonardo used in the painting.

They found that the drawing for the hidden first composition contained zinc, making it possible to reveal more forgotten figures—including the Infant Christ and a winged angel at the right where now the only landscape is visible. 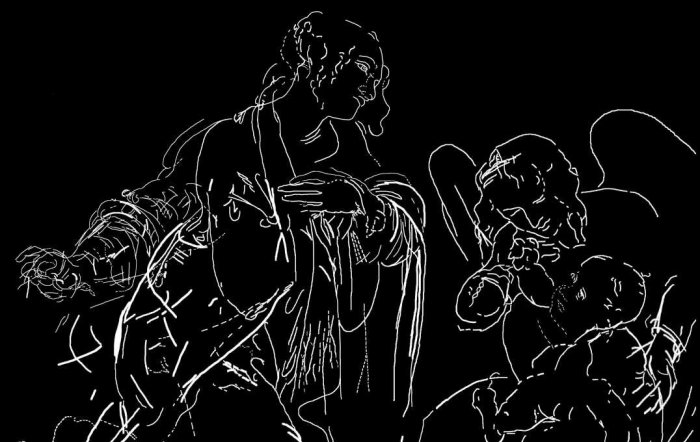 At Imperial, Professor Dragotti developed the algorithm to automatically process the huge amount of data from the MA-XRF scans, improving on the existing, more manual methods and producing better, more reliable images to help them visualize the data. 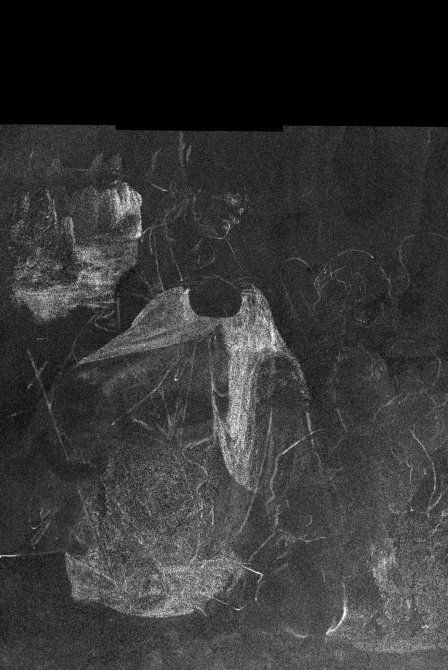 He said: "Each pixel contained different amounts of each element, within various layers. We analyzed each pixel individually before combining them to see all the underdrawings in the painting. This revealed a much sharper image of the angel and baby."

Feud Between The Medici And The Borgia Families – What Caused The Renaissance Clash?

“Before, we were getting very weak signals from the zinc within the painting due to its overlap with other elements, but the algorithm has given us more confidence in the signals that relate to the underdrawing,” National Gallery's Dr. Catherine Higgitt said.

The researchers say their bespoke technique could be applied to data from other paintings, making analysis of artworks more user-friendly and letting data be accessed more easily by, for example, art students and galleries.