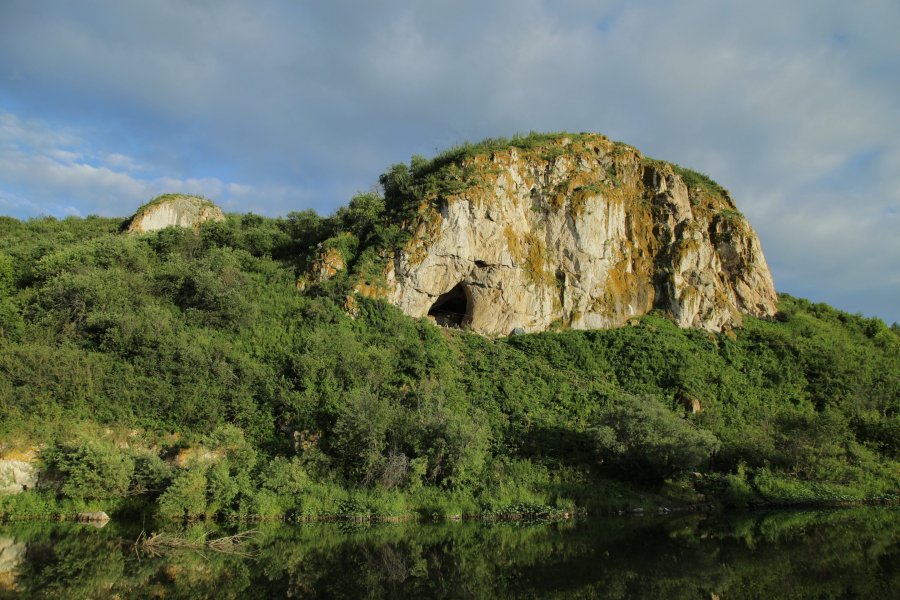 Neanderthals made an intercontinental trek of more than 3000 km to reach Siberia’s Altai Mountains, equipped with a distinctive toolkit used to kill and butcher bison and horses. Our nearest evolutionary cousins and survived until around 40,000 years ago in western Europe. Their legacy lives on today in the DNA of all people with European or Asian ancestry.

Professor Roberts, carried out detailed investigations of the site to discover new clues about the history of these Siberian Neanderthals. Dating of the sediments and the bones of butchered bison indicated that Neanderthals lived in the cave sometime between 59,000 and 49,000 years ago—shortly before modern humans first entered this region. 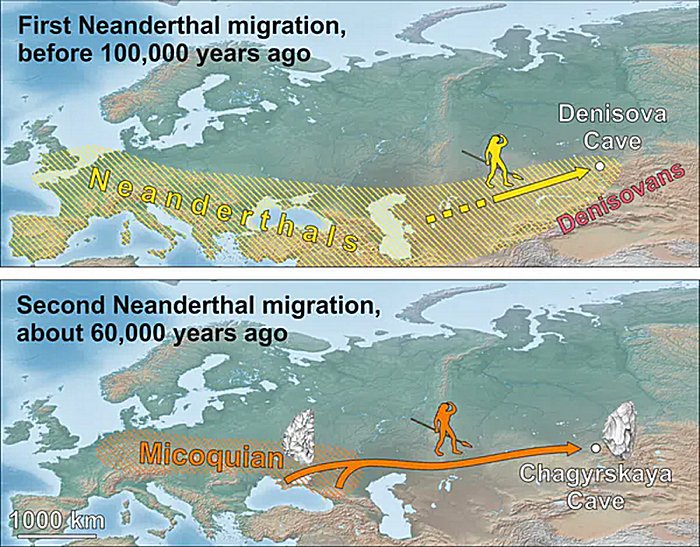 “The most surprising discovery was how closely the Chagyrskaya stone tools resemble Micoquian tools from archaeological sites in central and eastern Europe,” project leader Dr Kseniya Kolobova from the Russian Academy of Science’s Institute of Archaeology and Ethnography in Novosibirsk said, in a press release.

Dr. Kolobova and her team identified the region between the Crimea and the northern Caucasus as the likely ancestral homeland of the Chagyrskaya toolmakers.

“This part of eastern Europe is 3000 to 4000 kilometers from Chagyrskaya Cave, the equivalent of walking from Sydney to Perth or from New York to Los Angeles—a truly epic journey,” co-author Professor Roberts from UOW’s Centre for Archaeological Science said.

Analysis of animal and plant remains extracted from the Chagyrskaya Cave deposits showed that the Neanderthals were skilled at hunting bison and horses in the cold, dry and treeless environment.

As Dr. Maciej Krajcarz from the Institute of Geological Sciences in the Polish Academy of Sciences said, “Neanderthals were supremely adapted to life on steppe and tundra-steppe landscapes, and could have reached the Altai Mountains from eastern Europe by going around the Caspian Sea and then east along the steppe belt.”

Why Did Neanderthals Visit A Special Cave In Jersey For Over 100,000 Years?

The first migration occurred more than 100,000 years ago, blazing a trail to the nearby site of Denisova Cave—famous as the home of the enigmatic Denisovans, a sister group to Neanderthals, who also occupied the cave at times.

A more recent migration event—originating in eastern Europe possibly about 60,000 years ago—led to the arrival of Neanderthals at Chagysrkaya Cave, armed with their distinctive Micoquian toolkit.

Now, researchers can start to piece together the intriguing story of the easternmost Neanderthals and the events that shaped the history of our ancient human relatives,” according to Dr Kolobova.