Located in Östergötland County, Sweden, the - Rök Stone (in Swedish, Rökstenen') is a 9th-century memorial granite block covered with the longest runic inscription ever discovered.

As many as 725 runes – being of a Swedish–Norwegian runic alphabet of 16 characters - bear readable (sometimes difficult to interpret) text containing verses of epic character, allusions to heroic myths, hero songs, legends and secret formulas, probably a curse. Photo:visitostergotland.se/

Three universities in Sweden have now re-examined the legendary rune stone and scientists from several disciplines, including philology, archaeology and the history of religion say the inscription offers evidence Vikings erected the stone fearing a repeat of a previous cold climate crisis in Scandinavia.

It was previously thought the giant rune stone was erected as a memorial to a dead son.

The text recounts the father’s quest for consolation in the thought that his son, a successful military leader, has been called to Odin to fight at his side at Ragnarök, the final battle that will be followed by the return of the sun and light.

The contents are in line with the Old Norse mythology of the time, and when the runestone was created in the early ninth century, the prospect of the world ending was spreading fear in the wake of a series of devastating catastrophes and celestial phenomena for which the people of the time could find no explanation.

“We can place the origin of the Rök runestone relatively confidently in time, but fewer than 100 runestones are known from that period. And unlike later runestones, which often have similar contents, the message of these early creations varies, which in general makes them more difficult to interpret,” explains Professor Williams.

“Moreover, the Rök runestone in particular is inscribed in various forms of codes, which must certainly have made it a challenge even for contemporary readers.”

Other runic inscriptions found on the stone are believed to concern Theodoric the Great (454-526 AD), king of the Ostrogoths (from 471), who invaded Italy in 488 and completed the conquest of virtually the entire peninsula along with Sicily by 493.

The fact that the inscription names several kings indicates that the family that had it erected belonged to the highest levels of society, and a desire for exclusivity is a likely explanation for its complex structure: only the select few were intended to understand the meaning of the text in full. 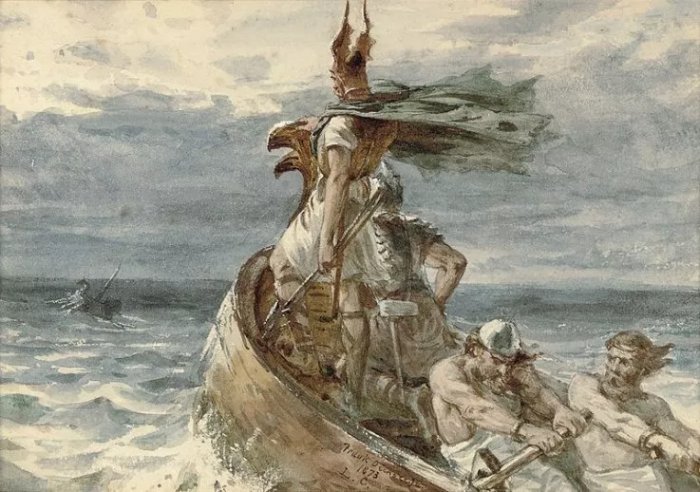 Scientists now think the inscriptions are more of an allusion to an impending period of extreme winter, as the person who erected the stone tried to put their child's death into a larger perspective.

"The inscription deals with an anxiety triggered by a son's death and the fear of a new climate crisis similar to the catastrophic one after 536 CE," the authors wrote.

As interpreted by the researchers, however, the framework consists of nine riddles, five of which refer to the sun and the remaining four to Odin and his warriors. Professor Williams also points out previously undiscovered links to other Old Norse texts.

“We know relatively little about this period. What we do know largely derives from the Icelandic Edda. In my opinion, our work identifies clear parallels with the Edda, which corroborates hypotheses about a shared treasury of mythological tales.

Similar finds have been made on Gotland, which date even further back in time, but for me, this is like finding a new literary source from the early Viking Age.”

The group’s scholarly feat started out from previous research. Several key contributions came from Professor Bo Ralph, a member of the Swedish Academy, who in 2007 questioned the previously prevailing interpretation that the Rök runestone states that Theodoric the Great died nine generations before its creation.

However, according to Professor Williams, it was the interdisciplinary interaction between representatives of different universities that finally produced the key to the 1,200-year-old secret.

“Taking an impartial approach and using our different skills, we have compiled, analyzed and developed existing source materials,” says Professor Williams. “After exploring several dead ends, by combining forces we reached our goal at last. This is a quite unprecedented approach for runology which has already given us important clues to other Viking Age mysteries, and I am sure we will return to the path we have begun before long.”

If the researchers' theory regarding the interpretation of the Rök stone is correct, it’s not the first time fear of climate change has been recorded in ancient Scandinavia. 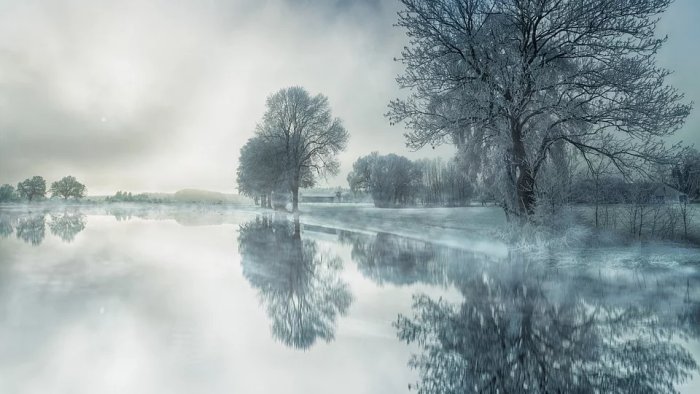 Fimbulwinter may have been a real event. Credit: Public Domain

In Norse mythology, Ragnorok represents the world undergoing major upheaval and some dramatic changes that will take place.

There are going to be warning signs that Ragnarok is coming. One of them is the horrifying Fimbulwinter. It is an extremely cold and long winter that lasts for three years without a summer in between.

The devastating Fimbulwinter (‘The Great Winter’) has long been considered nothing but a myth, but this view has changed in recent years. It’s very possible that the Fimbulwinter was actually based on real events. Researchers think Fimbulwinter is related to the extreme weather events of 535–536, which resulted in a notable drop in temperature across northern Europe.

In Northern Sweden, after year after the year 536, the average temperature during summer dropped by three to four degrees.