Conny Waters - AncientPages.com - Robber’s Cave in Nebraska is a beautiful, historical place rich in folklore. Inside the 5,000-plus square feet cave there are thousands of enigmatic engravings that have long been shrouded in mystery.

Robber’s Cave is older than the city of Lincoln, and its tunnels can be admired by the public. If these walls could talk they are almost doing it now. 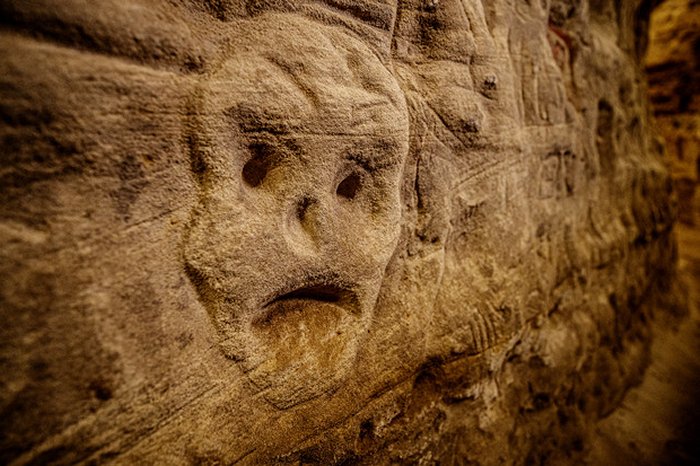 A project funded by History Nebraska and coordinated by the University of Nebraska–Lincoln’s Richard Wood has led to a unique 3D rendering of Robber’s Cave.

Using light detection and ranging, or lidar, which fires near-infrared laser beams at a surface, students have managed to capture each contour of the cave’s uneven terrain, branching tunnels and multi-level architecture.

“This is the largest data collection my research group has ever done,” said the assistant professor of civil and environmental engineering, whose team used two portable scanners to map the cave over roughly 30 hours in September. 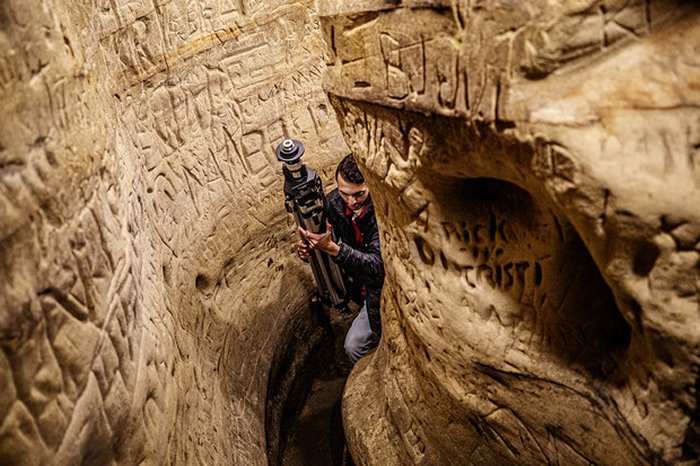 Some aspects and areas proved especially tricky, Wood said. Getting representative averages of the tunnels’ widths entailed digitally chopping them into more-cylindrical sections that could be measured more objectively. Mapping two vertical shafts, one of which acts as a de facto well, required a specialized tripod that lessened the otherwise-extreme angles at which the scanner fired its beams. Scanning a chamber that houses bats meant contending with protective screens and the dim red lights designed to accommodate its nocturnal residents. 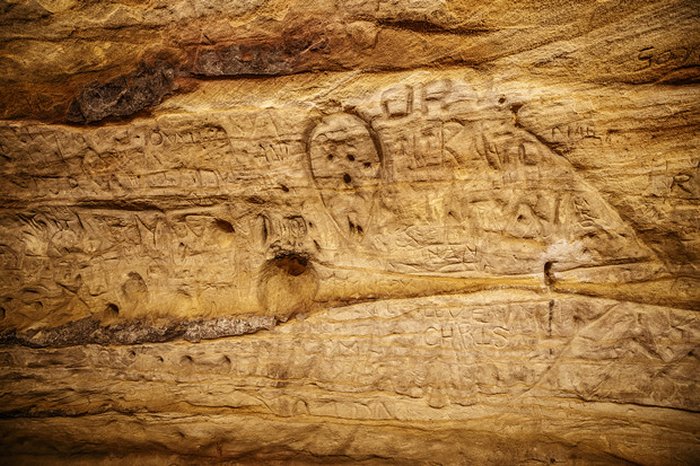 Though carving into the walls of Robber's Cave is no longer allowed, thousands of visitors have left their mark. Credit: Craig Chandler, University Communication

The resulting 3D rendering will help History Nebraska make the case for adding Robber’s Cave to the National Register of Historic Places, said David Calease, who helps coordinate such efforts for the state agency. To Calease’s knowledge, the Robber’s Cave application ranks as the first to include a detailed digital rendering among its nomination materials.

“In most nominations, it’s, ‘We’re going to photograph this, that and the other,’” Calease said. “But with a place like this, it’s very difficult. You can take a picture, but it’s really hard to get that feel and understanding from it. This is such a unique place that we needed to do something different to really capture it.” 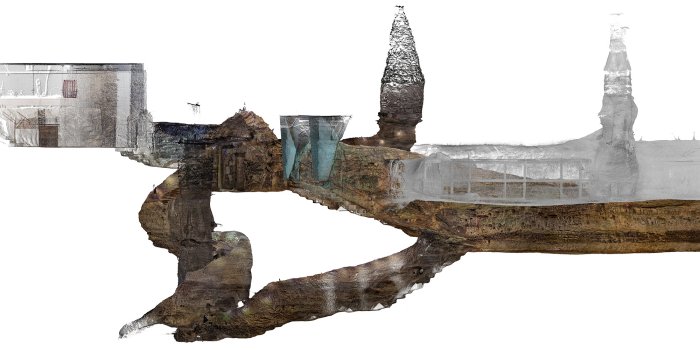 Part of the team's rendering as viewed from the side. Credit: Richard Wood

The scanning also represents a more general effort to digitally preserve the current state of the cave amid the subtle ravages of humidity, temperature and time. When humidity rises, moisture can work its way between layers of the sandstone, with even slight temperature fluctuations then driving expansion and contraction. Over time, that heaving eventually weakens the bonds among layers and primes the sandstone to flake off.

The Cave Of The Stone Sepulcher And Its Dark History

“When it dries and shrinks, the surface of the walls becomes brittle,” said John Rissetto, a preservation archaeologist with History Nebraska. “So if you have people down there even just walking by, the shaking of the ground will cause enough friction to just pop it off.

“As (this) continues, it’s going to decrease the depth of the engravings to the point where they’re no longer going to be visible.”

Those engravings and other markings help tell the tale of the cave, which began as a naturally occurring but shallow formation that was expanded into a storage cavern in 1869 by the owners of Nebraska’s first brewing company, Pioneers Brewery. Unconfirmed, often dubious reports boast of historic visitors: an injured Jesse James, slaves escaping to freedom via the Underground Railroad, Chuck Norris.

But former owner Ed Scarborough Jr. did treat one of the cave’s tunnels as a shooting range in the 1970s, explaining the bullet holes that pepper its walls. Fraternities, sororities, church groups, literary societies and other organizations did hold initiation ceremonies in the cave. Bands played there. People partied and played craps there. And many left evidence in the form of names, Greek letters, hearts, peace signs or other symbols not fit for print. 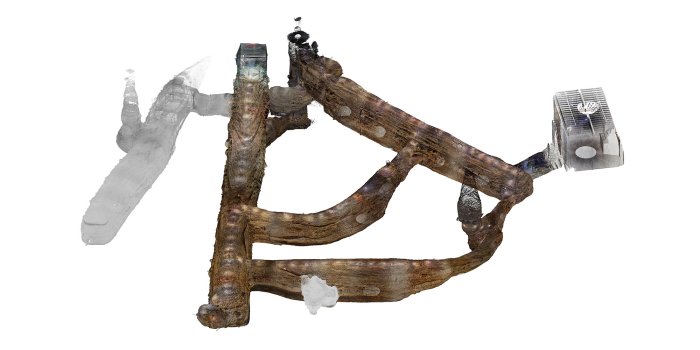 An isometric perspective on the Robber's Cave rendering created by Nebraska's Richard Wood and his team. The gray tunnel at left houses bats, inhibiting the use of white light and preventing the team from capturing the tunnel's color. Credit: Richard Wood

“The difficulty is that there are so many, it's hard to focus on individual ones, because your brain is constantly shifting to the next one,” he said.

Any famous person who lived in Nebraska is said to have visited the cave at one time or another. The question is: Did they? And did they leave their name in there?”