Conny Waters - AncientPages.com - The ancient Viking hoard was a national treasure and should have belonged to the public, but it was stolen by greedy metal detectorists who have deprived us of our heritage.

The men have now received their sentence and will spend many years in prison. 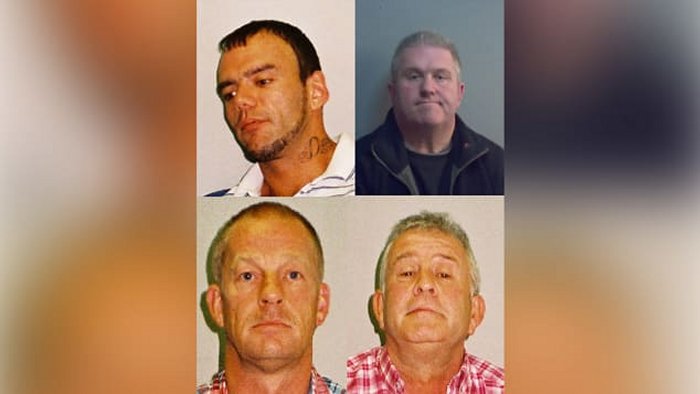 Powell was jailed for 10 years and Davies for 8.5 years. A coin trader and antique seller were also convicted of their roles in the crime.

Powell and Davies discovered the Anglo-Saxon and Viking treasure in Herefordshire, close to the Welsh border in 2015. The ancient treasure is thought to be worth £3 million ($3.9 million).

It contained ornaments, 300 coins, a gold ring and a pendant made from a sphere of rock crystal bound with gold, among other items.

According to CNN, “Some of the coins, one of which was issued by King Alfred the Great of Wessex, are thought to have dated from as early as 871 AD and were collected by Vikings.

The pair claimed to have found only a couple of gold coins, but investigators recovered deleted images of the full hoard from Powell's mobile phone. The vast majority of the treasure is still missing, with just 31 coins recovered.”

One gold arm-ring could be a particularly significant Welsh discovery, according to Dr. Gareth Williams, curator of early medieval coins at the British Museum.

"We don't have a direct parallel to this one and the find spot being in the Welsh borders is interesting, in that regard," he told BBC Wales.

"Is this straight forward Anglo-Saxon workmanship? Is it perhaps an early example of Welsh jewelry?

"More research is needed to really make sense of it."

"Stealing the items as you did denies the public the opportunity of seeing those items in the way they should be displayed. When treasure is found it belongs, from the moment of finding, to the nation," he said.

Hoards Of Viking Coins Discovered On The Island Of Saaremaa

BBC reports, “the court heard one archaeologist told the police he believed the treasure haul had been buried in one single, ancient, site and could even be Viking.

The artifacts were taken back to Wales to coin trader Wells, who had a stall at the Pumping Station antiques center in Cardiff.

It was there it was agreed the coins would be taken to London, where antiques trader Wicks tried to sell them to the world-renowned Mayfair auctioneers Dix Noonan and Webb.

Wicks took two batches of coins to the auctioneers.

Its expert said the coins were "extraordinary and very valuable” but was "suspicious". Wicks admitted he sold several of the coins to his friend, who bought them in a deal at a service station, paying £28,000 in cash divided into three brown packets. 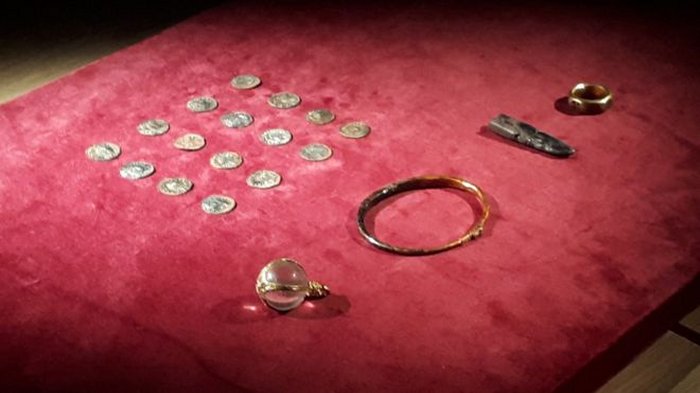 Wells was arrested after handing over five of the coins - which he had stitched into his leather glasses case - to a police officer.

Gwent Police's Amanda Blakeman is the National Police Chief's Council lead for Heritage and Cultural Crime, said: "I know that this is a historic find.

"It changes the course of history and also is a real indication of our commitment to ensuring that this type of crime that impacts so hugely on our communities and means so much to our heritage and our culture is detected.

"If we hadn't had been able to pursue it, to put the effort into the investigation... we wouldn't have been able to recover this significant piece of information that allows us to go back over history and to get a true version of events."

Unfortunately, many of these ancient coins are still missing and are most likely hidden at a secret location.