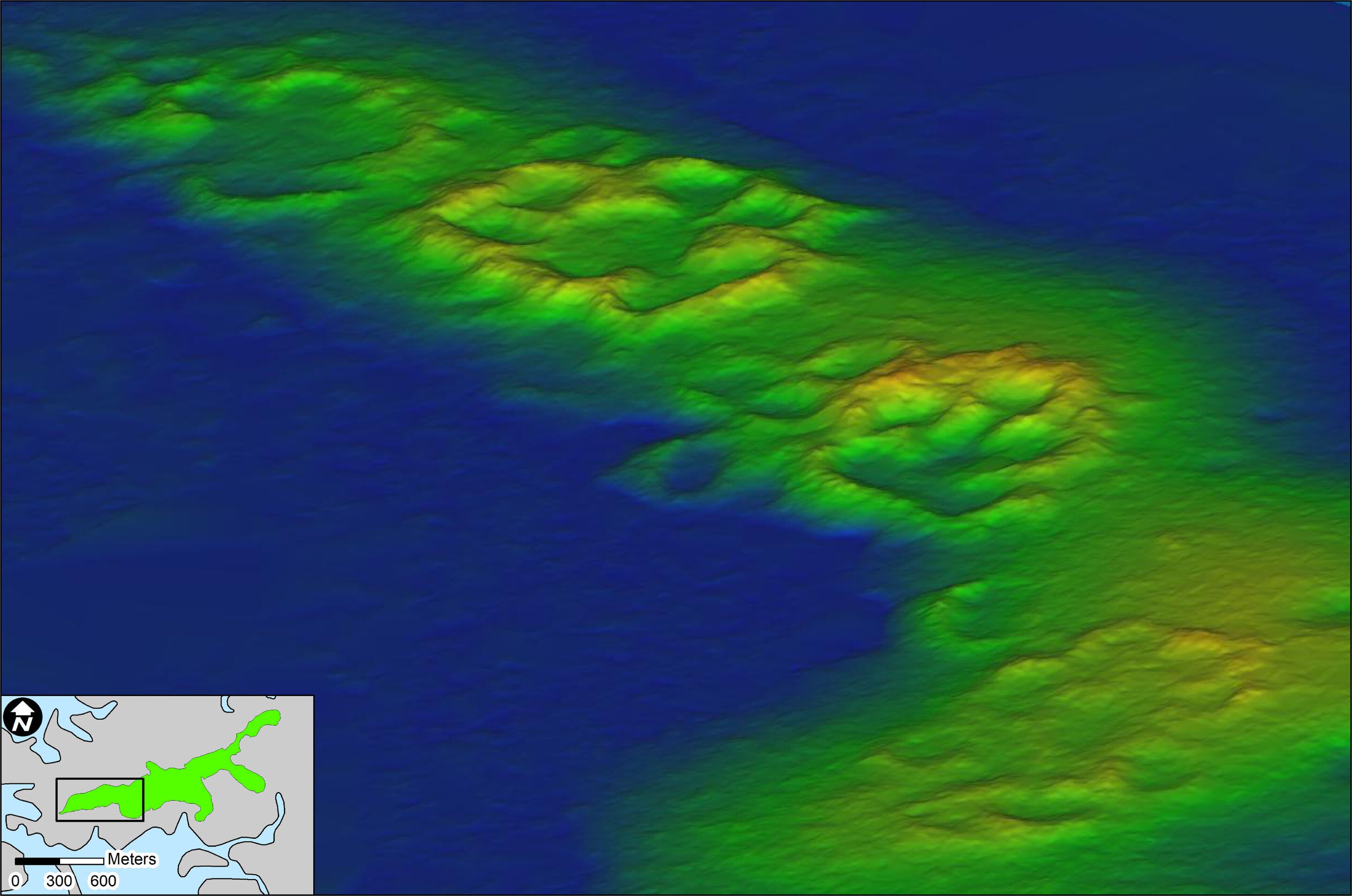 The researchers discovered that the settlement on Raleigh Island, located on the northern Gulf coast of Florida around 900–1200 AD, operated as a major producer of beads made from seashells.

The beads, used in rituals at the time, were highly prized in communities as far from the coast as the lower Midwest.

"Inform, scale and purpose, the Raleigh Island settlement has no parallel in the archaeological record of the American Southeast," said Ken Sassaman, Barbour's advisor and the co-creator of the study. Sassaman is the Hyatt and Cici Brown Professor of Florida Archaeology in the Department of Anthropology. 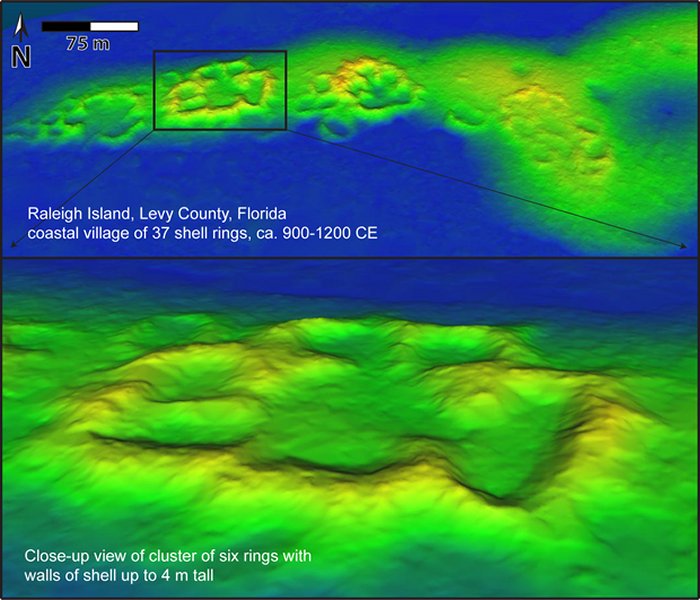 A drone with laser-equipped measuring equipment mapped out the archaeological site  on Raleigh Island, near Cedar Key, finding 37 oyster-shell rings where an ancient settlement made beads from lightning whelk shells. Photo courtesy of Kenneth E. Sassaman

The researchers used drones to survey the ancient settlement in a fraction of the time traditional methods would have taken. Working with UF partners at the GatorEye Unmanned Flying Laboratory,

The LiDAR sheds light on how the settlement—a complex of at least 37 residential spaces surrounded by 4-meter-tall ridges of oyster shells—was organized to make beads in the very place where shells were found. In several of the living spaces, the researchers' excavations uncovered ample evidence of large-scale bead production.

The Raleigh Island settlement is one of the few coastal communities where such extensive craft production has been found.

"What we have here is a settlement at the source of this raw material at the time when marine shell was starting to become a heavily demanded social item," Barbour said. "The fact we have strong evidence of bead manufacture at a site with equally impressive architecture to guide us in understanding how production was organized socially makes this place really special, and as of now the only place like it we are aware of."

The findings have been published in Proceedings of the National Academy of Sciences.