Conny Waters - AncientPages.com - Researchers have now identified mosses and liverworts frozen with the Iceman, Ötzi.  The man's 5,300-year-old human corpse was found frozen in ice in the Italian Alps in September 1991 in the Ötztal Alps.

Over 5300 years ago, Ötzi was crossing Tisenjoch/Giogo di Tisa in the Schnalstal/Val Senales Valley, South Tyrol, where he was murdered and preserved naturally in the ice.

He is, therefore, older than the famous Egyptian pyramids and Stonehenge. Ötzi lived during the Copper Age, a period of the late Neolithic. He was still using stone tools but owned an innovative and very valuable copper axe.

He was discovered accidentally by hikers in 1991, together with his clothing and equipment. 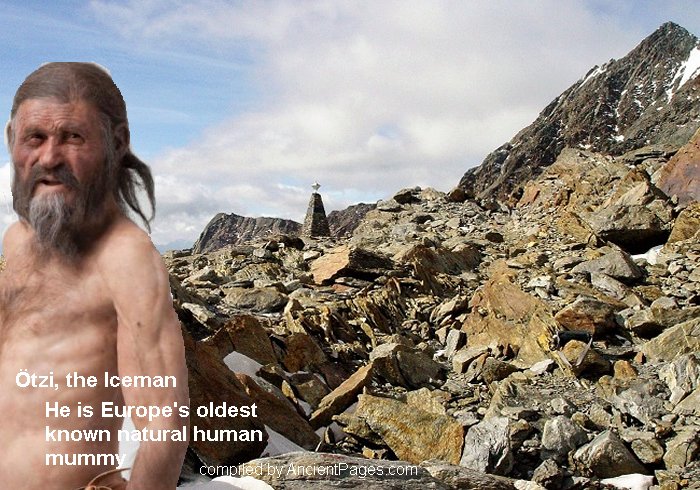 When discovered in 1991, Ötzi’s mummified body, melting out of ice high in the Alps (3,210m above sea level), captured the attention of the world. His body was frozen alongside his clothing and gear, as well as an abundance of plants and fungi.

Today, 23 bryophyte species live the area near where Ötzi was found, but inside the ice, the researchers identified thousands of preserved bryophyte fragments representing at least 75 species. It is the only site of such high altitude with bryophytes preserved over thousands of years.

Only 30% of the identified bryophytes appear to have been local species, with the rest having been transported to the spot by Ötzi’s gut or clothing, or by large herbivores such as the Alpine Ibex whose droppings ended up frozen alongside the Iceman.

The non-local species help to confirm the path Ötzi took to his final resting place. Several of the identified moss species thrive today in the lower Schnalstal valley, suggesting that Ötzi traveled along the valley during his ascent.

This conclusion is corroborated by previous pollen research, which also pinpointed Schnalstal (a valley in the South Tyrol, Italy) as the Iceman’s likely route of ascent. 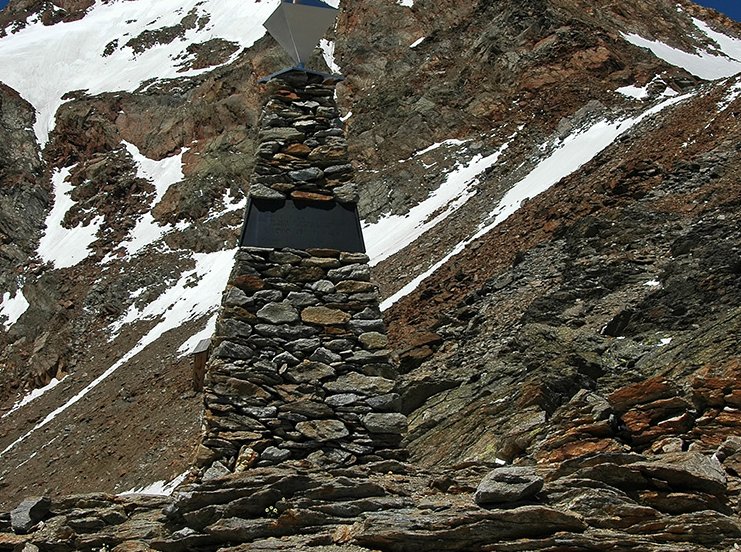 The assemblage also included a variety of mosses ranging from low-elevation to high-elevation species, as well as 10 species of liverworts, which are very rarely preserved in archaeological sites.

From these remains, the researchers infer that the bryophyte community in the Alps around 5,000 years ago was generally like that of today.

Emeritus Professor Jim Dickson, Honorary Senior Research Fellow at the Institute of Biodiversity, Animal Health and Comparative Medicine (and former Professor of Archaeobotany and Plant Systematics), has been studying the world-famous Iceman since 1994.

“Most members of the public are unlikely to be knowledgeable about bryophytes (mosses and liverworts). However, no fewer than 75 species of these important investigative clues were found when the Iceman (aka Ötzi) was removed from the ice," Professor Dickson said in a press release.

"They were recovered as mostly small scraps from the ice around him, from his clothes and gear, and even from his alimentary tract. Those findings prompted the questions:

Where did the fragments come from?

How precisely did they get there?

How do they help our understanding of the Iceman?”

“Some of the mosses are important in investigating the precise route of his very last journey. The crucial one is called Flat Neckera, a woodland species, which was found both as a large mass adhering to his clothes and as microscopic pieces in his gut. That discovery and other mosses of similar ecology from low to moderate altitude areas near proof as it is possible to get that the Iceman climbed from south to north up Schnalstal rather than ascending other adjacent valleys.” Professor Dickson added.