Ellen Lloyd - AncientPages.com - Anyone can today be offended by anything at any time. We see this almost every day, especially on social media, but looking through the eyes of modern society, one can say that Medieval people were extremely easily offended and they were very scared of rumors. History shows this behavior can be explained and there are valid reasons why insults could not be tolerated during the Middle Ages.

During the Middle Ages, honor and courage were highly significant and injustice could have fatal consequences. Medieval knights followed chivalry - the lifestyle and moral code based on values such as honor, bravery, courteousness, and honesty. 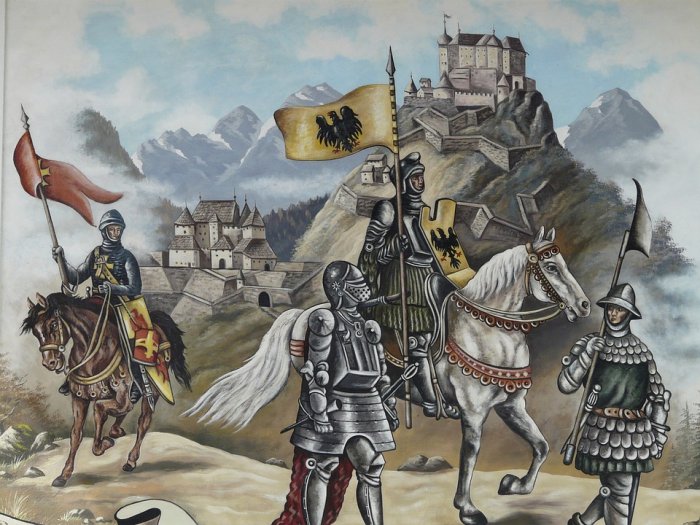 The medieval tradition of chivalry did not survive because of the political situation in Europe following the Renaissance. Credit: Public Domain

Insults could lead to death. In some countries like Iceland and Ireland, it was common to humiliate others by performing satirical songs. “The most effective, these songs were to be performed not only in public but also in the presence of the intended victim.

The effects of such open insults were terrible and lasting, and little remained for the victim other than revenge or death. The most heinous of all accusations were the ergi (sing.,   argr or ragr), which included not only such acts as homosexuality, pederasty, and sodomy, but also such crimes as cowardice in battle, treason, heresy, perjury, and murder. In Iceland, as in Ireland, the task of performing public ridicule was entrusted to the professional singer-poets, the Skalds.” 1

You Could Be Convicted Based On Rumors

According to Ole-Albert Rønning Nordby from the University of Oslo in Norway, many Medieval deaths were caused by rumors. Rumors and accusations could have fatal consequences for the victim. Nordby explained that rumors during the Middle Ages had the same weight as evidence today. If there was a rumor a man had been unfaithful, and he had no means proving this accusation false, then he could be punished. Basically, rumors could start an investigation and an uncertain or doubtful truth could get convicted.

The practice of law and justice in the Middle Ages was different from our modern system. If you were accused, then you had to face a trial and swear an oath, but the sworn oath had a completely different weight than today. 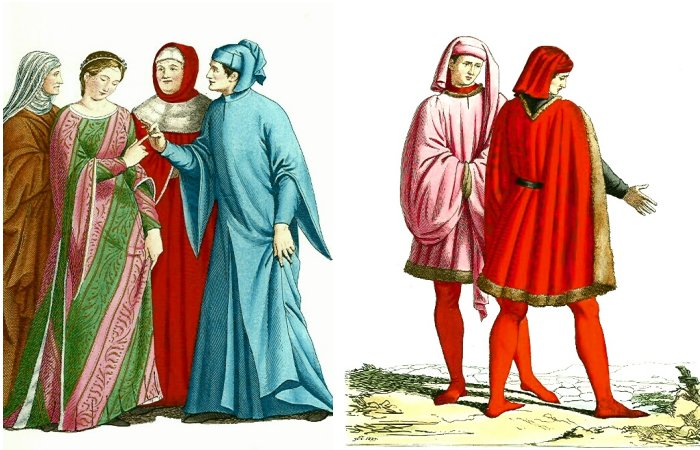 Nordby who studied how justice in Scandinavia worked during the Middle Ages, focusing on the importance of sworn oaths for the judicial process explained the system was completely different from what we are accustomed to today.

During the Middle Ages, it was not enough that you placed your hand on the Bible and swore to tell the truth and nothing but the truth. You could swear you were innocent, but this was by no means enough. You also had to have witnesses who could attest that you were not the kind of person who could commit this particular type of crime. In other words, you needed character witnesses. In the case of infidelity, two additional persons besides yourself must certify that you had not been unfaithful. If they testified in your favor, then the case was closed and you were declared innocent.

A False Testimony Was Dangerous

Going to court and giving a false testimony was very dangerous, and the worst thing a person could do. Nordby explained it was much better to admit the truth than to lie. A person who lied lost the right to defend himself and risked being outlawed.

A witness who was called to testify could never be of lower social status than the accused. A newly released slave, for example, could not testify against or for his former master. Nordby suggests this prevented the rich from bribing the poor to testify in their favor.

In those days judges could not rely on technical evidence, but it’s interesting to note that eyewitness had a much higher in Medieval court value than a sworn oath. Nordby’s research also revealed that burden of proof during the Middle Ages lay on the accused, and not the prosecutor as it is today.

There were many differences and proving your innocence could be extremely difficult in many cases. It could also take a long time before you received your verdict.

Some aspects of the Medieval judiciary remind us of the Viking Thing system. The Thing was the governing assembly made up of the free people of the community. Each community had its own independent Thing where all free Vikings could gather to make law, resolve disputes and make decisions. The meeting place was called a thingstead. 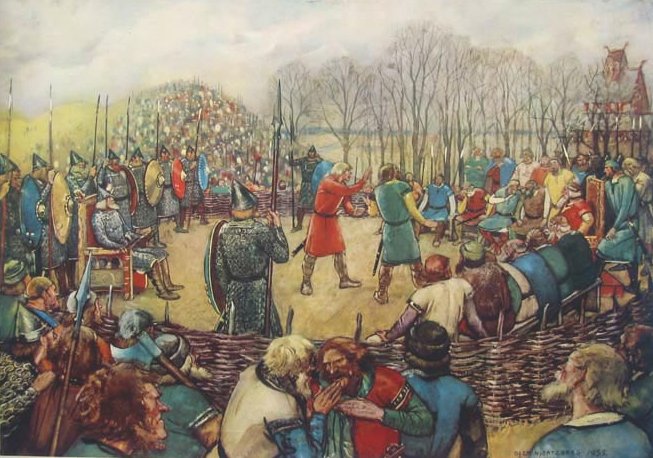 The Thing met at specific, regular times and meetings could sometimes last for several days. Each Thing had a law speaker who would recite the law from memory.

In Viking society, people sometimes decided to solve a matter through a challenge. This was done by a Holmgang, a duel that had to take place within three to seven days after the challenge was announced.

The Thing system was considered to be better instead of having disputes settled by duel or family feuds.

Those who faced a trial at the Thing knew the verdict could have a devastating effect on their lives. People who were found guilty were either fined, declared semi-outlaw or fully outlawed. To be an outlaw was a dreadful punishment for a Viking as it resulted in being banished from society and having one's property confiscated.