Conny Waters - AncientPages.com - Modern people enjoy chess just as much as our ancestors did. It is an ancient game that originated in the Islamic world. During the Middle Ages, its popularity spread across Europe. Playing chess was nor only entertaining.

The elite played chess to improve strategic thinking.  It was an excellent opportunity to w practice and demonstrate skill and strategy in a war-like setting.

The beautiful Viking Uig chessmen were discovered on the Isle of Lewis, Scotland in 1831. 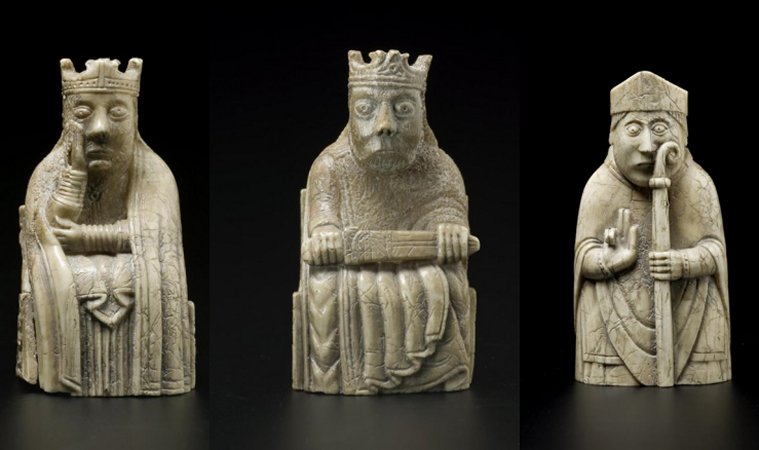 Also known as Lewis Chessmen are a legacy of the Vikings who once ruled over Scotland. The figures are unique masterpieces and they have been described as being the "greatest Chessmen of the European Middle Ages".

The true origin of the figures is still shrouded in mystery, but scientists who studied them are convinced they are of Norse origin. Based on the style of carving and dress, the pieces have been dated to the mid to late twelfth century. Some of the chess pieces could also have been used to play Hnefatafl, an ancient Viking board game that became very popular in medieval Scandinavia. The board game was played by the Vikings as early as 400 A.D. Hnefatafl was a war strategy game.

The name means literally “King’s Table” and although no description of the rules of the Hnefatafl exist, we know the game resembled chess, at least to some extent.

The National Museum of Scotland in Edinburgh has today 11 chess pieces in its collection. More than 80 pieces are held in the British Museum, some are in homes of private collectors and a couple have been lost.

Eleven Lewis Chessmen pieces have now been recreated in a new 3D visualization.

“Creating digital models of them allows us to bring these medieval treasures to a global audience, enabling as many people as possible to explore them in fantastic detail.

We hope this will help people to get to know their faces better as well as their less familiar angles, and be inspired to find out more about Scotland's past. 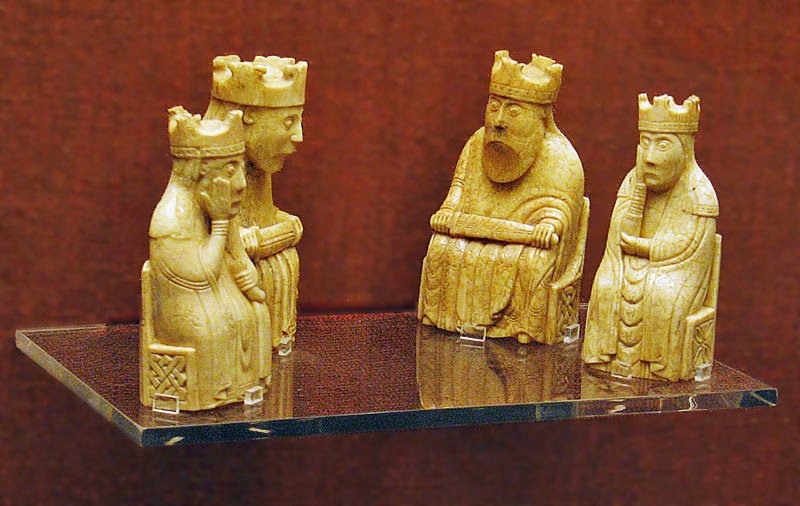 Lewis chessmen in the British Museum.

The models will also assist with future research and conservation of the chess pieces, helping us to understand and document them and to preserve them for future generations to enjoy,” Dr Alice Blackwell, curator of medieval archaeology and history, at National Museums Scotland said.

The computer-generated images can be moved around to gain different views of the pieces, which include queens, kings, a knight, and a berserker.