Conny Waters - AncientPages.com - A unique, ornate sword has been discovered in a mysterious pre-Viking tomb in Uppsala, Sweden. The sword belonged to a person of high status who was closely connected with the royal family around 1,500 years ago.

Archaeologists have also unearthed some other intriguing ancient artifacts, but the greatest mystery of all is the tomb itself. 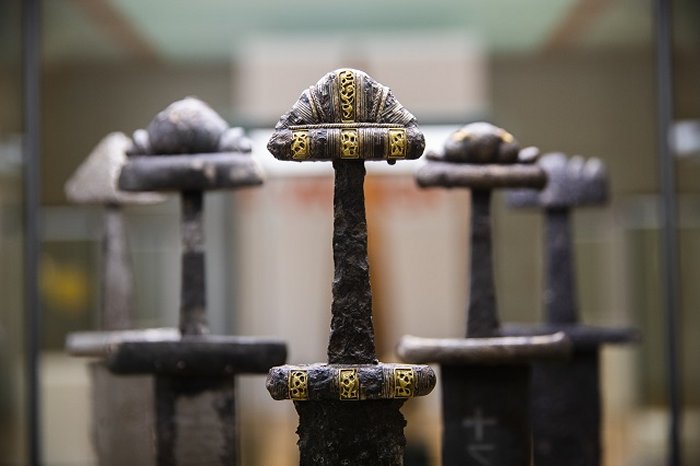 The grave is in Fyrislund, eastern Uppsala, which is some way away from the burial mounds in Gamla Uppsala.

"It's a mystery as to why the tomb is located where it is. There are no other such elaborate graves in the area," project leader Anna Hed Jakobsson said.

Gamla Uppsala is one of the most important, sacred ancient Viking and Pagan sites in Sweden. It’s a little bit odd the man was put to rest far away from the sacred burial mounds.

The discovered weapon is of great historical value and interest.

An ornate sword was one of the most impressive parts of the discovery, which was decorated with gold, silver-gilt, animal decorations and garnets.

"This was some kind of symbol of value and power during this time. The man who was buried with this sword must have been in the royals' inner circle," commented Hed Jakobsson.

A sword was a precious and expensive weapon few warriors could afford. Scientists have discovered that Vikings occasionally carried useless decorative swords that could not be used as real weapons.

According to researchers Vikings’ swords covered with beautiful decorations became symbols of power and status and they were almost never used because they were never designed for combat. As the role of swords changed in the Viking society, these ‘weapons’ simply became decorative clothing accessories.

The latest discovery confirms the importance of swords in the pre-Viking era. 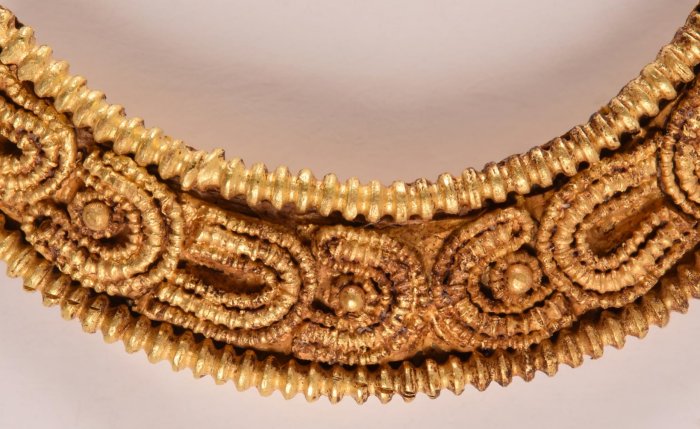 Gold items were also found in the grave. Credit: Arkeologikonsult

Local Sweden reports that while examining the grave of the unknown pre-Viking era man, archaeologists also discovered “50 ivory game pieces, which were extremely unusual. The grave contained a glass cup and a gold pendant decorated with herringbone, of which only one similar item has been found before, which was located in a chieftain's grave outside Sundsvall.”

The man was buried together with a child. Archaeologists also found the remains of a bird of prey, horses, dogs, sheep, two bear traps, and other animals in the grave, all of which are indicators of the man's high status.

The examined burial was a so-called fire grave. It was common during the period to burn bodies and objects before burial.