Ellen Lloyd - AncientPages.com - One glance at the giant hand is enough to recognize it was once part of a true masterpiece created by ancient builders. The hand belonged most likely to a massive statue of Hercules himself. How and why the giant statue of Hercules was destroyed is unclear, but we can assume it was due to the region's periodic catastrophic earthquakes.

There are many stories of Hercules, the Greek hero who was the son of Zeus. Whether he existed or not is unknown, but he since was worshipped in many temples all over Greece and Rome, one can suspect he was a real being. 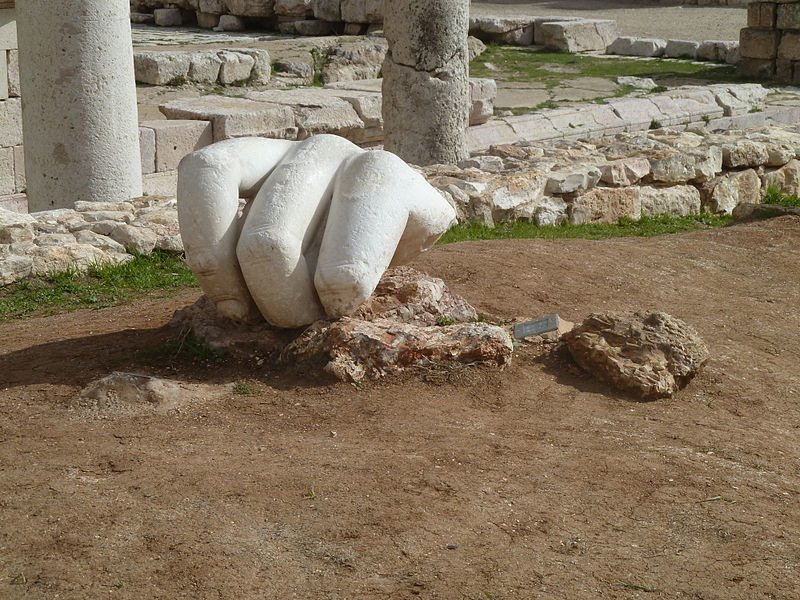 Partial view of the giant hand of Herkules. Photo by Deror_avi

The Temple Of Hercules, situated in the Forum Boarium on the eastern bank of the Tiber, is one of the oldest extant buildings in Rome, Italy. Constructed between 162-166 CE during Marcus Aurelius' Roman occupation of Amman's Citadel, the temple is purported to be the work of the Greek architect Hermodoros of Salamina, who engineered a circular layout of 20 Corinthian columns orbiting around a central cylindrical stone block.

In ancient times, it was a huge place of worship. The great temple is larger than any in Rome itself. 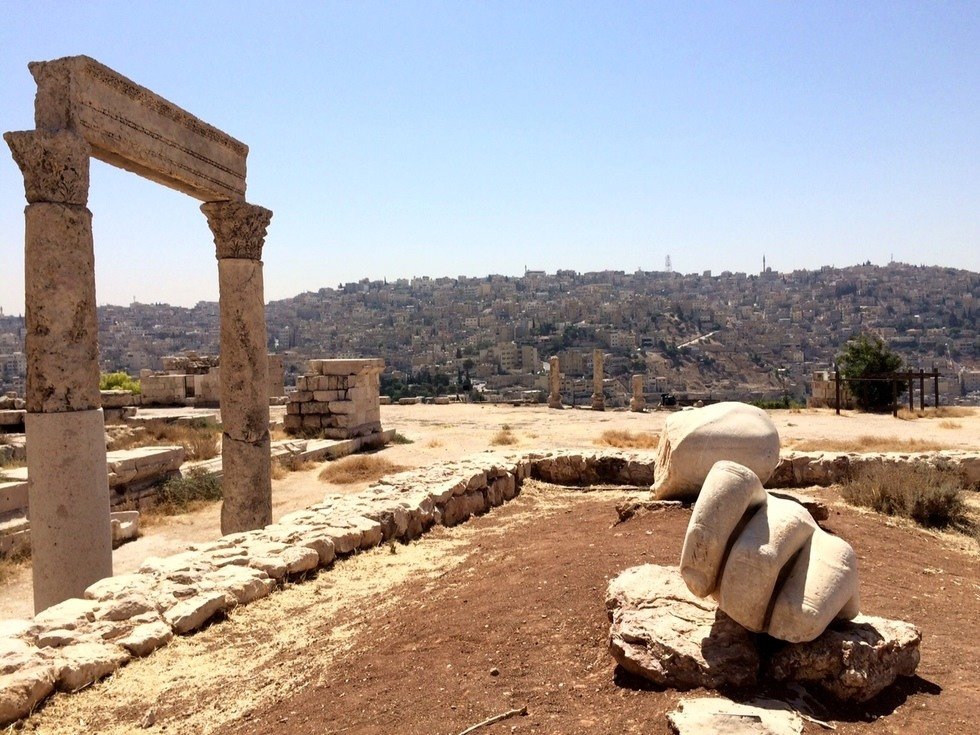 Its portico faces east and is surrounded by six, 33-foot-tall columns. Measuring 100-feet-long by 85-feet-wide with an outer sanctum of 400-by-236-feet, the fact that the rest of the temple remained unadorned by columns suggests to scholars that the structure was never completed, for reasons history has yet to reveal.

When archaeologists excavated the site they discovered very few clues that could shed more light on the mysterious and giant Temple of Hercules and the massive statue was destroyed. This abandoned place was of once of great importance, but very little is known about its past. 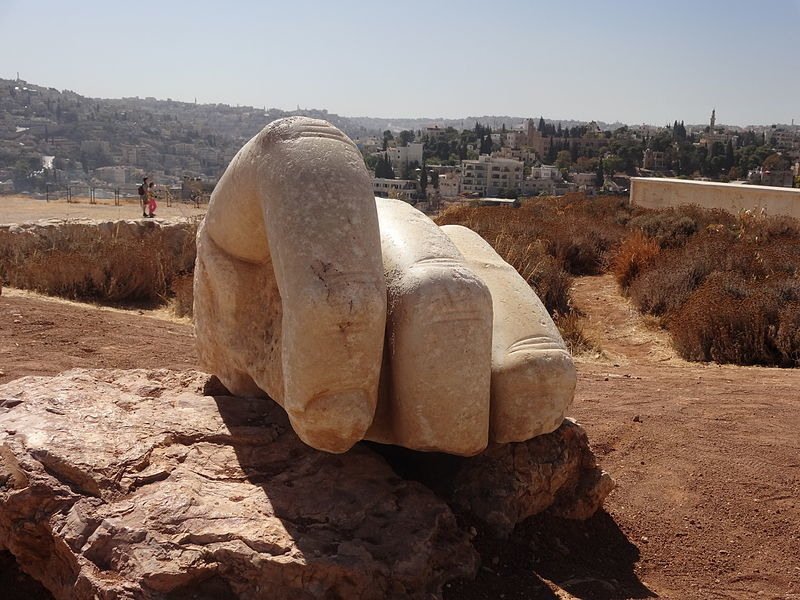 These fingers obviously belong to Hercules. Photo by Tarawneh

The three gigantic fingers, one elbow and some scattered coins have led archaeologists to conclude these marble body parts belonged to a massive statue of Hercules himself. It is therefore logical to assume that the temple was also dedicated to him.

If the remarkable statue had survived it would have measured upwards of 40-feet high, which would have placed it among the largest known marble statues to have ever existed.