Conny Waters - AncientPages.com - A new study conducted by Marianne Moen of the University of Oslo shows that gender roles during Viking times were not nearly as differentiated as we might think.

Researcher examined the contents of 218 Viking graves in Vestfold, a county on the southwest side of Oslo Fjord, and sorted the artifacts she found according to type. Many of the graves were richly equipped with everything from cups and plates to horses and other livestock, reports Science Nordic. 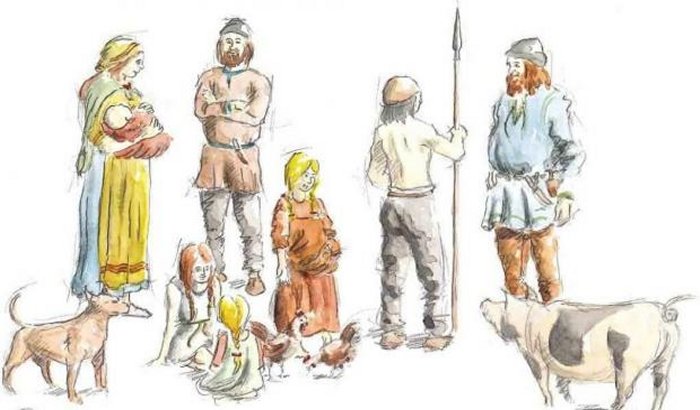 Scientists often imagine that men's and women's roles during the Viking Age were clearly differentiated, archaeologist Marianne Moen says. "The illustrations show women making food and holding children, while men were active, in battle," she says. But maybe this wasn't the way things were. The illustration is from "Vikinger i vest" (Vikings in the West), published in 2009. Illustration: Peter Duun

“I think we need to move away from distinguishing between men’s and women’s roles during the Viking times,” Moen said.

Her research clearly shows that upper-class men and women generally were buried with the same types of items — including cooking gear.

Archaeologists often assume that Viking women were responsible for the house and home, while men were merchants and warriors. 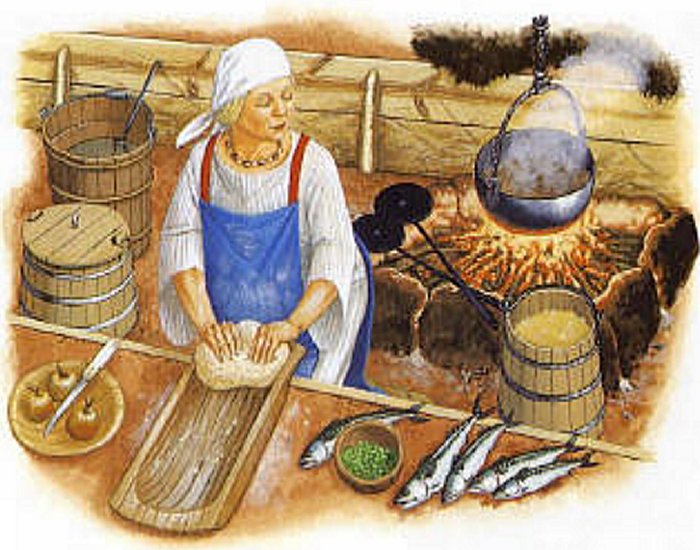 In fact, these ancient Viking women were not only housewives.

The study shows that tools and items associated with housekeeping were fairly equally distributed between men and women in the Vestfold graves.

“The key is a good example. It is often considered to be the symbol of a housewife,” Moen said. Nonetheless, almost as many men’s graves had keys as women’s graves.

Men were just as likely to be buried with cooking equipment as women. Ten graves containing cookware were men’s graves, while eight were women’s. Moen likes that fact. It means that men also made food, she thinks.

“My interpretation is that cooking equipment indicates hospitality. This was very important during Viking times,” she said, although others interpret it differently.

The Gokstad Ship, the large ship displayed at the Viking Ship Museum in Oslo, was part of a man’s grave and also contained a large array of cooking equipment. 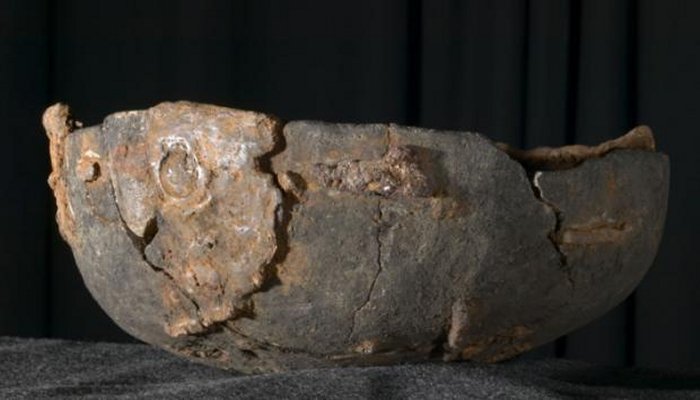 A soapstone vessel from the Viking Age, found at Kaupang in Vestfold. Soapstone was used to make cookware, among other items. (Photo: Eirik Irgens Johnsen/ Museum of Cultural History, University of Oslo. CC BY-SA 4.0)

“It is difficult to translate the persona who is idealized in burial customs into actual historical reality. It’s almost a philosophical question,” Stylegar says.

Moen, on the other hand, thinks there is a stark difference between life and death when it comes to gender roles. But she also thinks that the items that people were buried with have some relation to what real life was like during those times.

She reminds us that tools and equipment aren’t just something that Vikings were buried with. These items were also found in houses, although without the ability to determine who used them.

As to the Viking upper-class citizens, Moen’s study still shows only a few clear differences between genders for the elite. Men generally had weapons in their graves, while women had jewelry and textile tools; however both genders had definitely one thing in common: jewelry.

More than 40 per cent of the male graves contained jewelry such as brooches, beads, and toiletries tweezers and razors likely used for personal grooming.

This study shows that the ancient Viking men and women from the upper-class may not have had clearly differentiated gender roles.

These people were often buried with many artifacts of the same type, no matter their gender.