Jeramy Neugin - AncientPages.com - There are many interesting and dangerous creatures in Cherokee mythology. One of them is the raven mocker and another one is the body snatcher, a feared cannibal.

The Story Of The Raven Mocker

It is said that the raven mocker fell to earth like a shooting star. They're powerful in the supernatural. Witches, demons and poltergeists fear them because they are not of here.

They're called raven mocker because of the cry they make in flight and they dive mimics a raven, but they resemble the shooting star as they fly, like a ball of sparks. 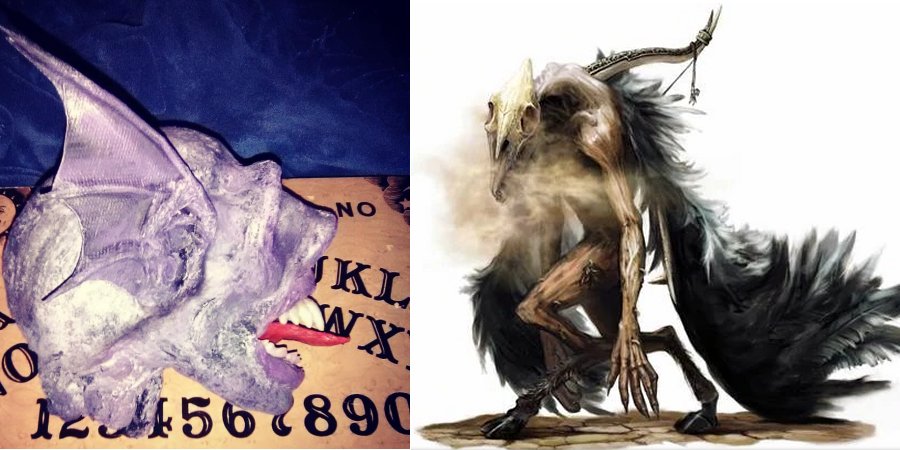 The raven mocker is an dangerous evil spirit in the mythology of the Cherokee. Left: Credit: Jeramy Neugin  - Right: Credit: warriorsofmyth.fandom.com

These creatures are ageless, and they look for people on their death bed. They eat out the heart, stealing the time they have left on earth, the person's life force, to add to their time. It’s unknown how long they can go, forever maybe.

They'll also harvest the body parts of the dead to replace their own decayed limbs. They look like extremely old people, so old the gender is hard to tell. But they are armed with a piercing scream, the ability to fly and fingernails like surgical blades and just as tough.  This is why some old people who like they have been stitched many times. If the raven mocker are disturbed in their life stealing or feeding, the person they attacked becomes infected, and they eventually become a raven mocker. 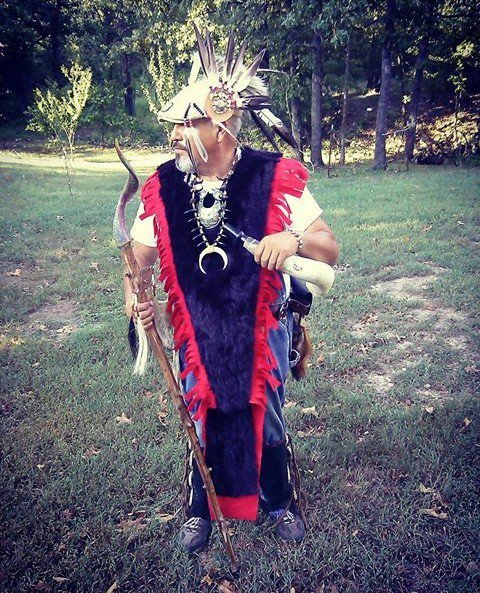 There are talismans used to detect them. It's taboo to give specifics but certain types of bones and feathers from an owl are tied with leather rope in a way that they will shiver when near. Evergreen smoke repels them. Fire, or impaled on sharpen ash wood that had been lightning struck kills them, and starvation.

One thing the rave mocker truly fear is discovery. If they don't feed or replace their rotting flesh within seven days, they starve, rot and die. If the identity of a raven mocker is discovered, they'll know they can't hunt in that area anymore, that they'll be hunted. So, if one is aware that they've been discovered, they will use any means necessary to stop that person from talking.

The Story Of Cannibal Body Snatchers

There is a race of cannibal spirits, who stay at the bottom of the deep rivers and live upon human flesh, especially that of little children. They come out just as the sun rises, going from house to house until they find a home unlocked with the people asleep.

Once inside they shoot them with arrows and carry the body down to the water, feasting on the body once it's submerged.

So that no one discovers that the person is gone, they leave a shade or image of the dead person or little child, that wakes up and goes about just as they did, but there is no life to it. Growing weaker, sicker, after seven days it dies. The people bury it and think they are burying the real person.

Sacred Crystals Of The Cherokee – Myths, Traditions And History Explained

Cherokee Gourd Rattles – Protection Against Evil Spirits And Other Danger

It was a long time before it was discovered that the cannibal spirits were taking people. This is how it happened.

There was a man who gotten so sick, it was thought he would soon die. The people around him stayed away and avoided his home. We weren't so caring then. After several days of neglect, the man awoke to find an old woman who he didn't know was checking his body, pinching and prodding him.

She told him to stay quiet, she'd make everything better and despite her age and size, she easily lifted and carried the man to the river. When he went under with her, he saw that it wasn't really like going underwater, but like stepping through a room. It was another country, just like the world above.

She took him to a village with many houses, people, even children. Several hunters came back with game and the man saw that it was people, children, being prepared like deer or fish. 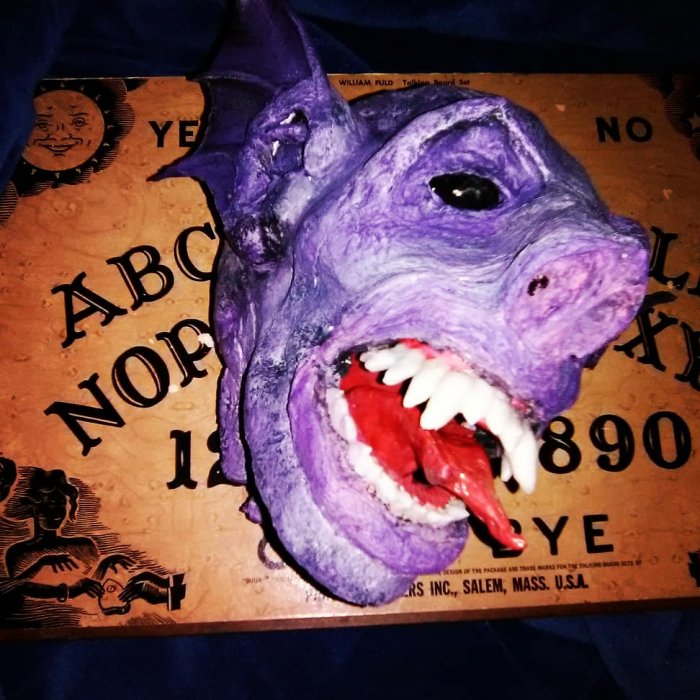 The vampire head is based on the Cherokee legend of a vampire race known as raven mockers. Credit: Jeramy Neugin

The old woman took him to her home and said that when he was no longer sick, he'd be eaten. She prepared him a meal of child, but he couldn't eat it. Then she realized he couldn't eat what she could and fed him meals of beans and bread. The man got well and when he thought everyone was asleep, he slipped away back to the upper world.

Upon returning home, everyone was shocked to see him, saying that they had just buried him.

The village Conjurers listened to his story and knew that the water had an opening doorway to the darkening lands, the underworld. So, the Conjurers had the chief make it so when people were sick or dying, others were to stay with them and care for them. They were told to lock their doors before sleeping and to watch over each other to make sure they weren't taken for a meal again.

About the author: Jeramy Neugin and his father Bobby are a professional magic duo performing throughout Oklahoma.
Located in Historic Lost City Oklahoma, they are the only Father and son professional magic act as well as being the only Cherokee performers, a rich heritage of Cherokee magicians going all the way back to their ancestor Rebbecca Neugin, the last surviving member of the Trail of Tears, who was known to dabble in magic and speak to helpful spirits known to the Cherokee as ‘the little people’.
Visit their site to learn more