Conny Waters – AncientPages.com - Archaeologists in Maine have reason to feel excited. They have just excavated what is believed to be the oldest dugout canoe ever found in the state of Maine.

The canoe was discovered while scientists conducting a surface survey in Cape Porpoise Harbor.

Carbon testing dates the canoe, made from hollowed tree trunk to between 1280-1380 A.D. 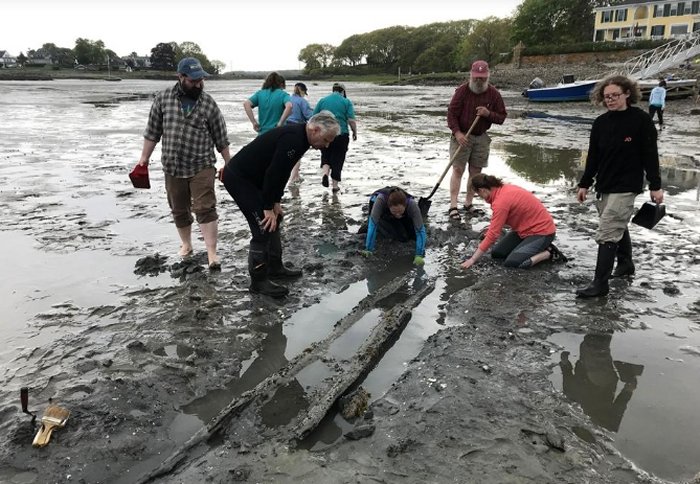 Archaeologists and volunteers are removing the oldest canoe ever discovered in Maine. Credit: Tom Bradbury

Several expert archaeologists and volunteers participated in the excavation of the canoe and it’s without doubt a discovery of great historical importance in Maine.

While removing the canoe, the boat did suffer a few cracks in the wood, but the team was able to get it into the crate in one piece.

As Sea Cost Online reports, “artifacts like the canoe show that there were communities with activities such as fishing, farms and trading thousands of years ago. “

Scientists think that those who used the canoe may have been from the Algonquin tribe.

“We’ve been working for some time on trying to find out the history of the islands. We started out looking for and finding evidence of the Contact Period between Europeans and Indians, and learning where that happened and what was that like,” Conservation Trust Director Tom Bradbury said.

“We have since located artifacts that suggest occupation back as far as 7,000 years ago, so it has broadened the scope of the work.”

Bradbury said the discovery of the canoe and what can be learned from it will be fed into KCT’s Trust in our Children Program which is designed to give kids a sense of place, form a bond with the lands and expose them to the natural wonders of the world. 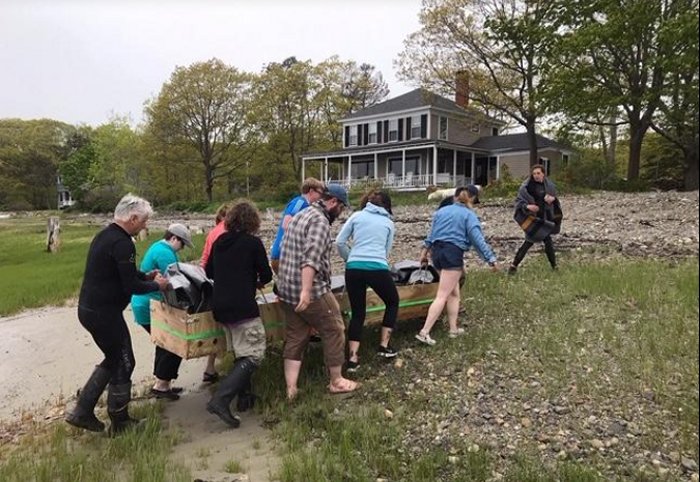 “This story will be a great addition to our children’s programs. It was exciting when the canoe was being dug out. It’s fascinating to think about what life was like here at that time and how it may have been used,” he said.

He said that academically the canoe is an important discovery.

The next step is now to gather some volunteers and search for the location of artifacts that belonged to people who lived in the area.