David Tee - AncientPages.com - Even though his true name, Sarru-kinnu, meant ‘true king’, he took the name Sargon when he ascended the throne. Why he did this is unknown and some scholars say it was a biblical translation, not a will full choice.

This name has given scholars the idea that Sargon the Great was a Semite who spoke a Semitic language. 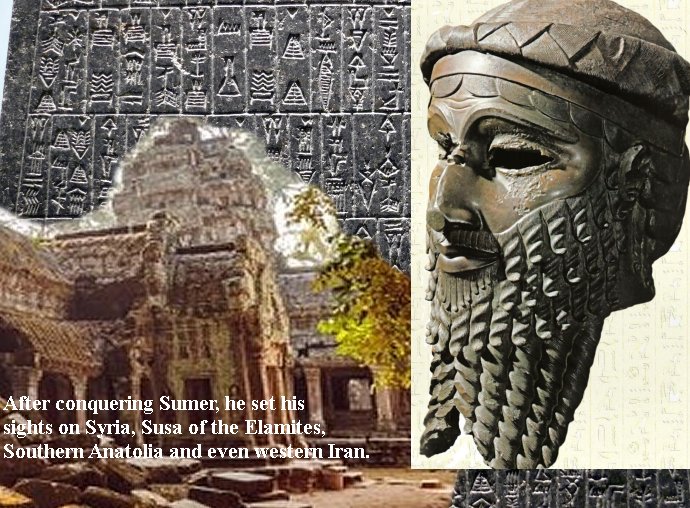 The problem is that the name Sargon was used often after his reign confusing historians as to which legend, myth, or actual historical record applied to the original Sargon, known as the Great.

He Was Found Floating In A River

Legend has it that a gardener found Sargon floating in a river in a tiny little basket. This myth reflects the story of the biblical Moses and has led some scholars to claim that the biblical authors copied from Sargon’s birth to give Moses a more human and humble beginning.

Little is known of Sargon’s parents. His mother was supposed to be a priestess in an unknown town located around the middle of the Euphrates. His father is completely unknown. Even with the handicap of not knowing who his relatives were Sargon, rose to be the cupbearer of a ruler of Kish and because of this position, Sargon was given leadership over an army.

Sargon went on to conquer and create his powerful empire, establishing his name as Sargon the Great.

Finding information about Sargon is quite difficult. There are many men who came after him who used the same name. But the royal inscriptions do attest to him although the majority of Akkad texts come from 2nd millennium Assyrian and Babylonian texts.

Yet those were not the only locations that held inscriptions referring to Sargon. When the town of Ebla was unearthed, its importance was not fully realized. But Italian archaeologists decided to dig a little deeper and eventually came upon a much older city underneath Ebla.

In the ruins of that older city were 42 tablets from Sargon’s era. A little later 15,000 more were found and they detailed the business dealings and trade between different nations and Sargon. However, these documents do not pinpoint the dates of his rule nor provide a sequence to the events surrounding his life.

These tablets also described the law code that Sargon had imposed on his people. Men were fined for having sexual relations with unmarried women or if they were a virgin, they were put on trial to see if the woman was raped. Religious tablets were also found depicting the religious practices of the time.

He Expanded His Empire

Sargon was able to use his military and personal genius to carve out a large empire. After conquering Sumer, he set his sights on Syria, Susa of the Elamites, Southern Anatolia and even western Iran.

For Sargon, keeping control of such a vast empire was not that difficult. He used trusted men to oversee the captive cities and regions, even to the point of using his daughter to make sure the conquered people were controlled through religious and political means. 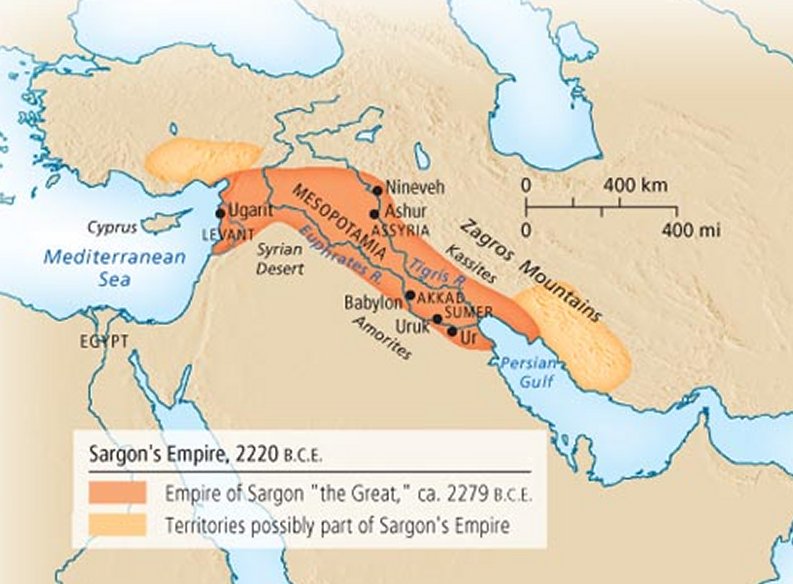 No emperor has an easy time ruling other nations. The nation people have a way of becoming disgruntled with foreign rule and seek ways to end it. Even after reigning for 56 years, Sargon still had rebellions and other opposition to his rule to put down.

Origin Of The Akkadian Language

The name Semite was taken from the Bible. It refers back to Shem, one of the sons of Noah. Some of the other Semitic languages spoken at that time and centuries afterward, are Hebrew, Arabic, Assyrian, and Babylonian.

While Sargon was a great leader, his empire did not last very long. He built a beautiful capital city and named it Agade. Unfortunately, this city did not survive past his grandson, Naram-Sin. The mountain living Guti descended upon Sargon’s capital city and destroyed.

But his capital city was not the only part of Sargon’s legacy. Two Assyrian kings were named after him. Sargon also left behind the law and religious code that helped govern his empire. Finally, his Agade city name evolved into Babylon which became a center point of Mesopotamia history for approx. 2,000 years

Even though Sargon the Great rose out of obscurity, he was able to grow into a great leader. He did not let his lack of family or status in life hinders him from obtaining the absolute leadership of the Akkadian people.

This is probably one reason he was given the title “the Great” when others examined his rise to power and his overall accomplishments. Sargon did not let handicaps or obstacles get in the way of his goals.

Sargon is credited with establishing the first world empire even though it may have been founded on earlier expansion efforts conducted by Lugalzagesi of Umma. No matter who started the expansion, it was Sargon who finished it. His influence helped guide future military leaders including Alexander the Great.