Conny Waters - AncientPages.com  - KU Leuven researchers have reconstructed two lifelike faces – one of a Roman-era man (early third century CE) and one of a Middle-Byzantine woman (11th-13th century CE) thata originate from the archaeological site of Sagalassos, an ancient city in what is now Turkey.

The researchers have called them ‘Rhodon’ and ‘Eirènè’, respectively, as their real names are unknown. 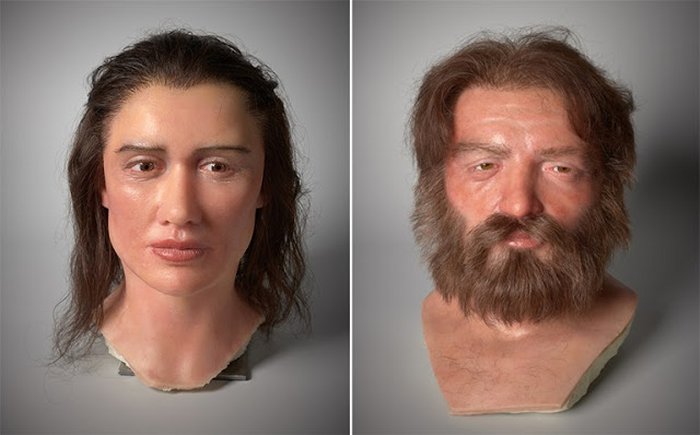 "A facial reconstruction is a combination of science and creativity," according to Professor Poblome. | © Sagalassos Archaeological Research Project - Bruno Vandermeulen & Danny Veys

“As the director of the Sagalassos Archaeological Research Project, I’ve always had the ambition to get a better picture of everyday life in Sagalassos,” says Professor Jeroen Poblome, said in a press release.

“Archaeologists are often obsessed with superlatives – the first, the biggest, the most beautiful – but our research focuses on the life of everyday men and women. These facial reconstructions fit in perfectly with this approach.”

“Eirènè’s skeleton was found in 1995 by a research team led by my predecessor, Marc Waelkens. Her final resting place was in a graveyard surrounding a chapel. We discovered Rhodon’s remains on the final day of the excavations in 2016. He was found in a brick burial chamber that is part of a larger complex of several graves. Both skeletons were nearly complete and well preserved.”

Their burial places and skeletons offer more insight into the lives of these citizens. “We estimate that the 'Roman' man was older than fifty when he died,” says postdoctoral researcher Sam Cleymans. “His burial place tells us that he came from a middle-class family. We found some beautiful grave goods, for instance: an epistomion – a golden leaf placed on the mouth of the deceased – decorated with the image of a bee, and a gilded bronze ring.”

“The remains show that the man has had a physically hard life. We found several joint lesions and bone fractures. His age plays a role, of course, but physical labour in a difficult landscape with many differences in height has clearly had an impact on his body.” 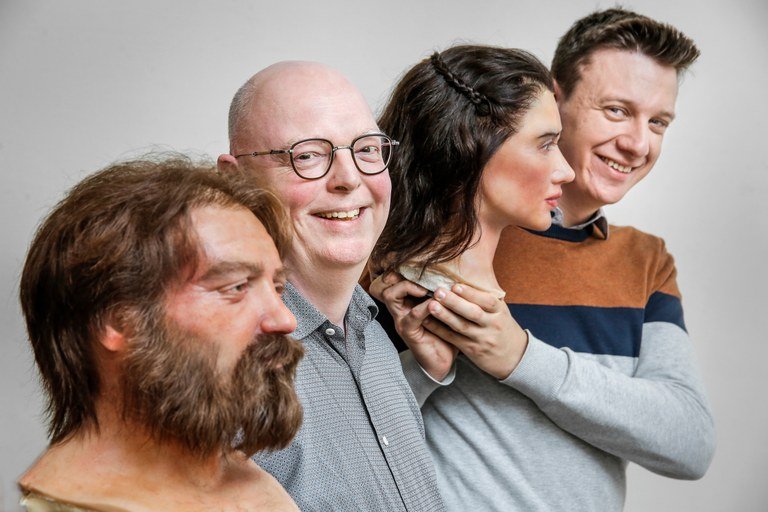 “For the Byzantine woman, fewer clues are available. Estimates put her between 30 and 50 years old when she died. She had fewer joint lesions, perhaps because of her younger age. Compared with that of the Roman man, her burial place was also a lot more sober, which fits with the Christian traditions in the Middle-Byzantine period.”

The researchers wanted to know how the citizens lived, but also what they looked like. A research team from the University of Burdur created a 3D scan of the skulls. The face shape was calculated on the basis of the form of the skull and the muscle origins. Layer by layer, the face was reconstructed: first the muscles and the layer of fat, and finally the skin. The size and shape of the nose, eyes, and ears were calculated as well. The digital facial reconstruction has an accuracy of 75 per cent.

For the hairstyle and beard shape, the researchers turned to historical sources. Sam Cleymans: “Physical appearance was important in the Roman age. The Romans could be quite vain. Written sources teach us that men generally didn’t like being bald, for instance. The beauty ideal for Roman men in the second century CE is based on Emperor Hadrian. That’s why we gave Rhodon relatively short hair and a well-groomed beard.”

“In the Byzantine period, the average population paid less attention to physical appearance. Modesty and simplicity were the norm. The limited descriptions and images suggest that women typically wore their hair long – loose or braided. For Eirènè, we chose loose hair with a thin braid.”