Conny Waters - AncientPages.com - One of the most complex architectural feats ever conceived on planet Earth is the magnificent temple of Jupiter at Baalbek, Lebanon. The Temple is worldwide famous for its size and megalithic architecture, but a impressive number of problems remain unsolved about this monument, including precise dating of the phases of construction. 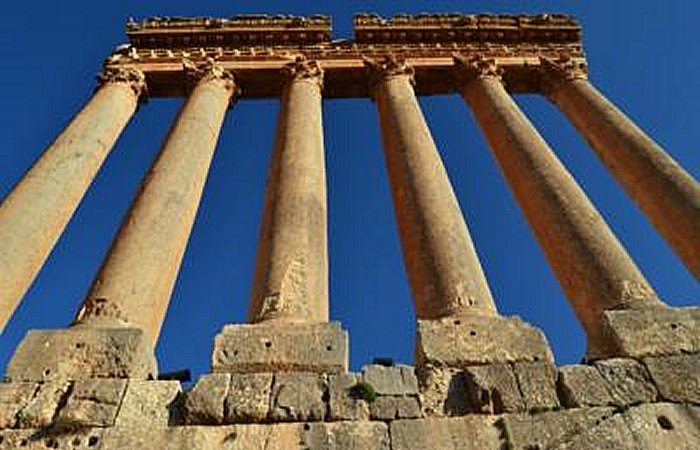 The Romans indeed certainly built the final phase, boosting huge 20 mts high columns, around 60 AD, but who started the construction?

The building indeed consists of a huge basement surrounded by a even huger wall. The design of this wall is astonishing: it was conceived as the superposition of increasingly greater stones as the height increases. Enormous megaliths (about 500 tons each) were raised to sustain the upper course, made of simply unbeliaveble blocks (around 4x4x20 m, 1000 tons). Other, enormous blocks remain in the quarry a few hundreds of meters to the southwest.

A few years ago, it was proposed by Andreas J. M. Kropp and Daniel Lohmann that the internal basement was first conceived and partly built by Herod the Great around 15 BC. The area was not under Herod's direct control, but he was a friend of the Romans who funded the colony of Berytus (Beirut) exactly in those years. These authors, however, did not attempt to date the megalithic phase to Herodian architects. 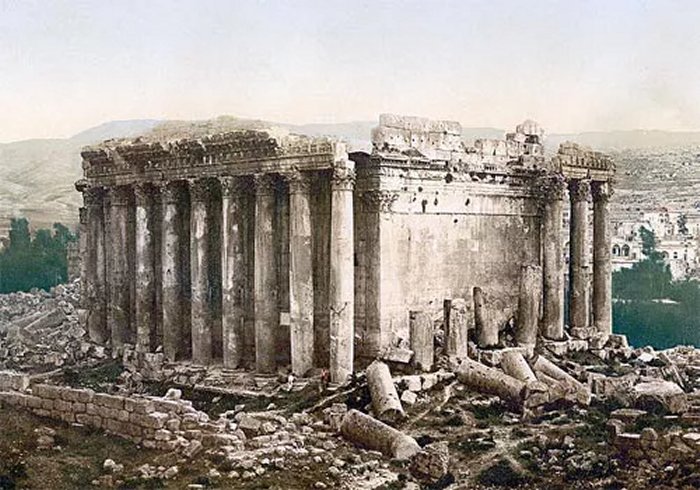 In the paper, GulioMagli gives several arguments taken from different disciplines - including Archaeoastronomy. The temple is indeed shown to be oriented to the rising of the Pleiades, a group of stars connected with fertility and renewal in the Greek-Hellenistic world but a uncommon choice of orientation for a Roman architect. Further, clear architectural analogies exist with the Herodian foundations of the Temple Mount in Jerusalem, visible in the so called western tunnel and made of gigantic stone blocks very similar to those of the intermediate course in Baalbeck.

Herod the Great is a quite controversial figure of history. However, his fame as a great builder is undisputed, and it really seems that we can add a further masterpiece - besides the Temple Mount, Masada, and the Herodium - to the list of his architectural achievements.