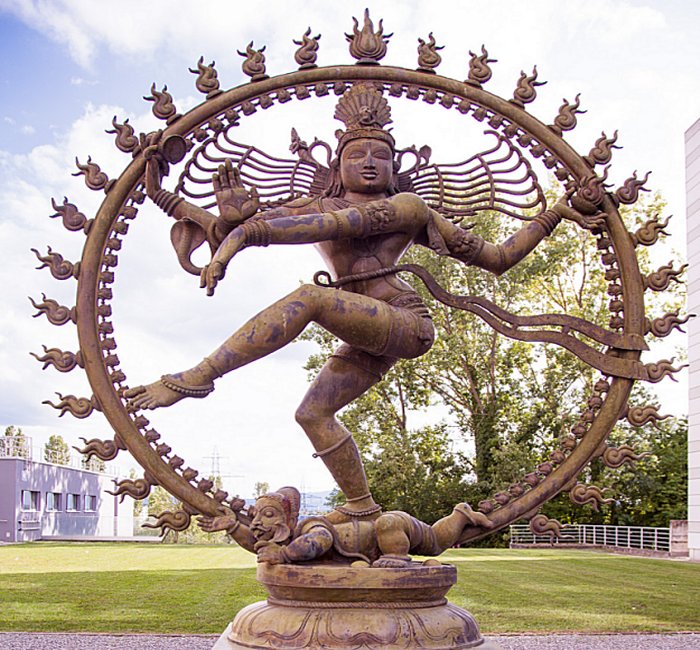 The statue of Shiva as Nataraja at CERN in Geneva. source

The popular belief is that the linga represents the phallus, the emblem of the reproductive power in nature. It also symbolizes the cosmic egg and the creation, created by the male and female powers of Nature.

Shiva Linga is a symbol of Lord Shiva and his potential, but it is also an esoteric symbol that represents Truth, Knowledge, and Infinity. It is an ancient mark that points to inference and clearly reminds of the Omnipotent Lord, which is formless.

According to one myth, when the world suffered periodic destruction, Brahma (the Creator amongst the Hindu Trinity) saw Vishnu lying on the coils of infinity, and smiling. He greeted Brahma with the words: “Hello, my child”. This phrase offended Brahma deeply because he was the creator of billions of worlds and did not anticipate to become someone's son.

The two began to argue over which of them is more important until unexpectedly a gigantic shining column appeared without beginning or end. They decided to examine its limits. That was thought to end the gods’ dispute. 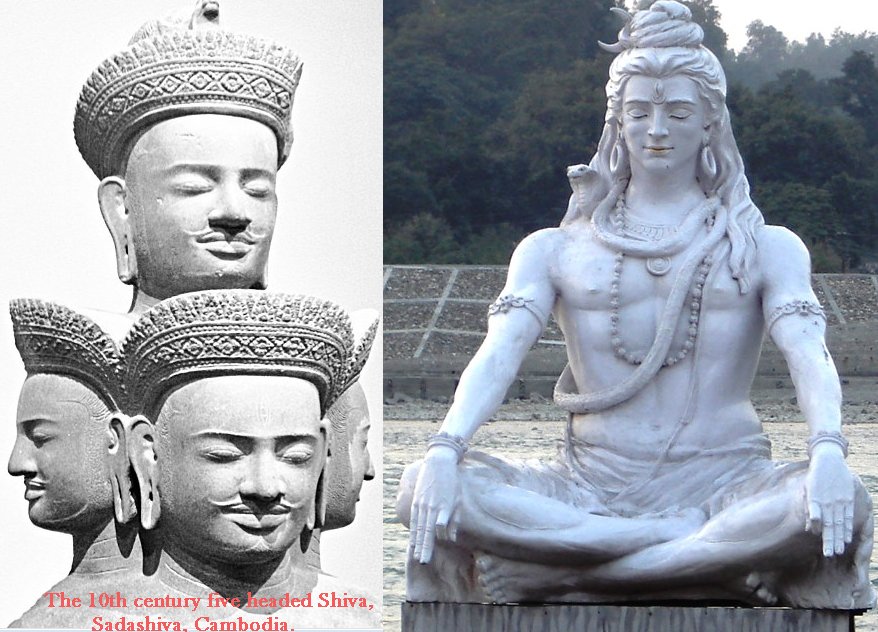 Vishnu changed into a wild boar and for thousands of years, he searched (unsuccessfully ) for the base of this column. Brahma, on the other hand, took the form of a white goose, rose high, and for a thousand years, he tried in vain to find the upper end of the column. Then, suddenly, Shiva emerged out of the center of the column and declared that only he is the true creator and destroyer of the world.  He is a form of himself; he is eternal and exists at different levels of reality.

In the end, Brahma was punished for a lie and his pretending to be the greatest. From now on Brahma has no followers.

Shiva Has Six Heads But Only Five Are Visible

Shiva is the god who destroys the world when it is in a state of chaos. He is also associated with meditation. Shiva usually wears a snake coiled around his neck and sits on a deerskin in a yogic position  He has a crescent moon on his head and he holds a trident in the right lower arm; the trident symbolizes the unity of three worlds that a human faces - his inside world, his immediate world, and the whole, much broader world.

It is often not shown but Shiva has 6 heads, of which only five (Isana, Tatpurusha, Vamadeva, Aghora, Sadyo-jata) are visible while his 6th head - Adhomukh - can only be seen by the enlightened people. His five faces of Sadasiva represent five elements: Earth, Wind, Water, Fire, and Ether.

Shiva Among His Worshipers

His followers try to accept life as it is and do not rebel against reality. According to them, evil exists, but it should not be allowed to dominate.

Shiva is their most prominent deity. The other gods from the great trinity are only his helpers, they are his emanations. In this connection, Siva is shown as a tree with branches created by Brahma and Vishnu. The great Shiva is Lord of Matter of the World; he rules the nature of the sensual world and creates the world in a cosmic dance as Shiva Nataraja (The Lord of the Dance). It is also said that it has the nature of a man and a woman,

He is also a thousand-eyed because he is attributed to omnipresence, thousands of years, because he possesses extraordinary wisdom, unmoved because he stands like a column.

In addition, he is called Pashupatim, (the Lord of Animals), and also Lord of the Beasts, because he governs over the souls of all creatures.