A. Sutherland - AncientPages.com - Eight hundred years ago, John Hawkwood was a man widely known in Europe. He was an English military in the Hundred Years War (1337 to 1453) and a mercenary operating in Italy, where he was known as Giovanni Acuto.

Hawkwood was born about 1320 in Sible Hedingham in the county of Essex, England. His father was a leather tanner and landowner. 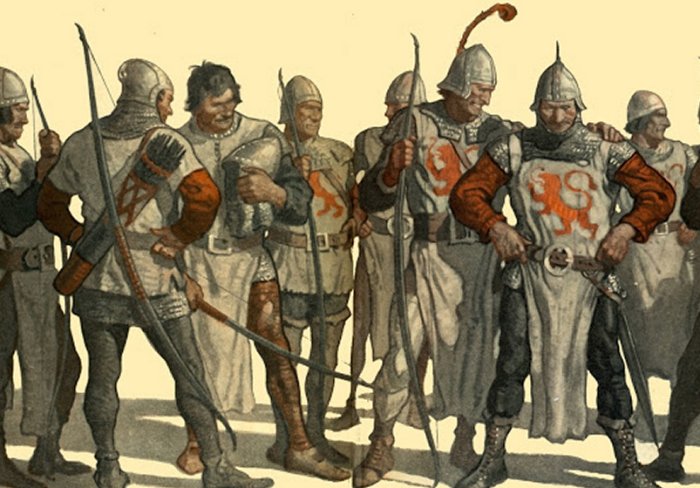 The family was not rich and when his father died, John inherited only a sack of wheat and 20 pounds. Such a legacy was not enough to make a career, so he decided to search for new opportunities to improve his life.

Hawkwood – Knight And Leader Of The White Company

At that time, Edward III (1312–1377) was King of England, celebrated for his military successes and for restoring royal authority after the devastating reign of his father, Edward II.

In the Hundred Years' War with France, Edward III regularly needed new soldiers; John Hawkwood took this opportunity and found work as an archer in Edward’s troops. He soon showed his skill on the battlefield.

After the Battle of Poitiers (1356), Hawkwood joined the White Company, an ill-famed group of mercenaries and with them, he entered Italy in 1361; only three years later, he became the company’s commander. He was knighted but it was never exactly specified when and by whom, (though the Black Prince and the English king were suggested)

Hawkwood was one of the leading figures in Italian warfare for the next thirty years. As the leader of the White Company, he specialized in archery and sneaky attacks.

After arriving in Italy, he fought for a number of factions such as the Pope, Milan and Florence. He served as a mercenary was first the pope and then various lords.

In his book ‘Mercenaries and their Masters’, Michael Mallett writes that Hawkwood was “a tough, professional soldier who seemed to care less about money and more about military reputation than most of the other contemporary leaders. Much of his success can be attributed to the advantages that his troops enjoyed, but there can be no doubt that he established an unprecedented degree of unity and loyalty in his company. He also acquired a reputation for fidelity and honesty which was to some extent a reflection on the behavior of his rivals because Hawkwood was no paragon of virtue…” 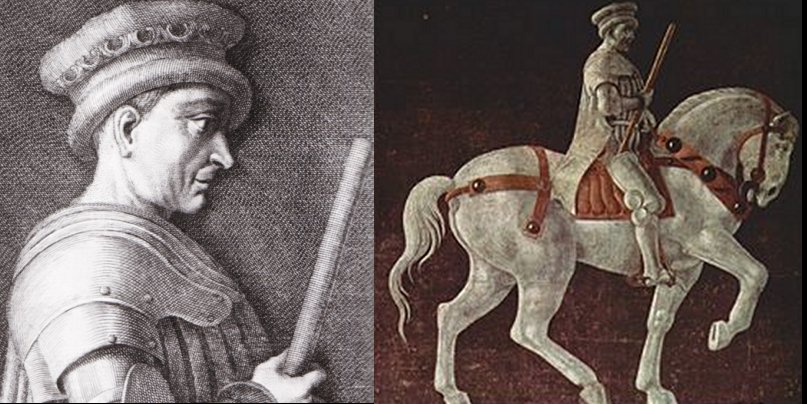 In Italy, his group was constantly moving. The Pope had been annoyed with the people of Milan because the city’s prince had his own powerful army, and in his opinion he could practically do what he wanted. He was wrong.

Hawkwood’s troops defeated him and his city very easily, but it was still much in times when different Italian cities remained in conflict with each other. For example, the city of Pisa rented John and his men to fight against Milan, and in the coming years, many of the members of the White Company died in all those more or less significant military encounters.

With time, however, John had established an excellent reputation as a commander and a tough soldier. Many people were privileged to fight at his side. He paid them well and indeed he had no problems replacing those he lost in battles.

Hawkwood was well-paid mercenary; he had money and he knew how to make more money. For example, the city of Florence paid him 130,000 florins because it wanted to be in peace and soon others did the same, and this clever mercenary became a rich man.

Hawkwood was responsible for 1377 Cesena Massacre, where 6,000 people were innocently killed by troops under his command.

“…at Cesena in 1377, the papal mercenaries carried out massacres of the civilian populations which were to be permanent stains on the records of Italian warfare…. Cardinal Robert of Geneva, who at Cesena demanded the blood of the entire population in revenge for the murder of some of his mercenaries…”

"Hawkwood is said to have obeyed Cardinal Robert’s instructions with the greatest reluctance and to have succeeded in saving some of the women in Cesena.

He had by this time already been in Italy for fifteen years and had developed a sympathy for the country and its inhabitants which the Breton mercenaries could scarcely be expected to share. However, in Cesena, more than 5,000 of the population were slaughtered and the moats were filled with the bodies of those who tried to escape from the city..."

The rest of his long life, Hawkwood devoted to various diplomatic missions for the English King. He ended his career in Florence. He had always expected to return to England before he died and in fact, he was just about to sell his possessions in Italy, but it never happened. He died in 1394 in Florence.

Caferro W. Mercenary Companies and the Decline of Siena