A.Sutherland - AncientPages.com - Across the continent of Africa, there are many different people groups and tribes - with their cultures varying from tribe to tribe.

We encounter legends and myths of the Africa people but still don't understand the complex role of ethnicity among many of them. The Kru and Grebo peoples of the Cape Palmas region of coastal West Africa are still a mystery. 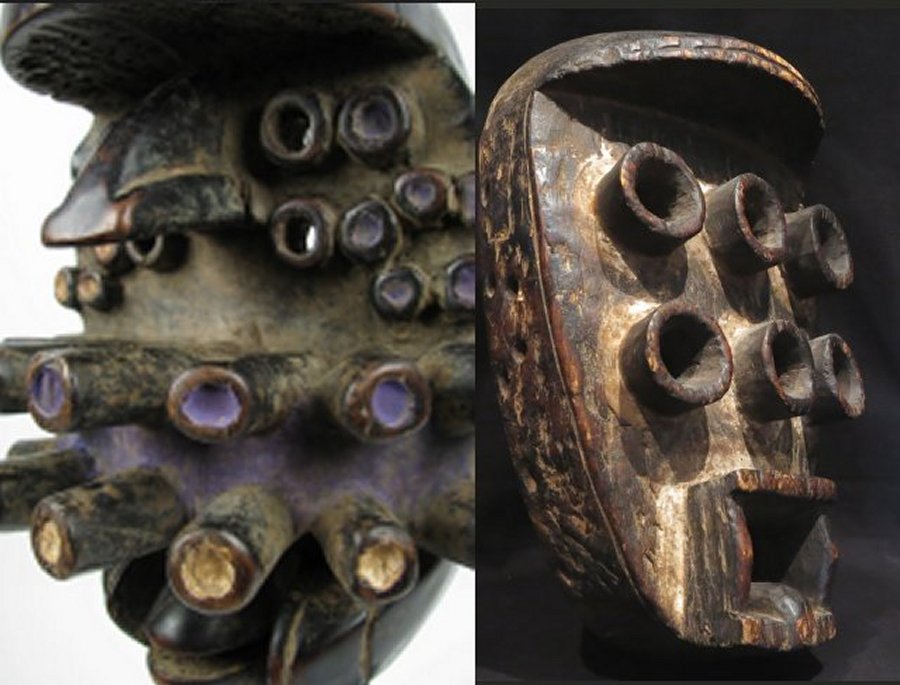 Grebo/Kru mysterious masks. The larger masks - were used as a helmet on the top of the head.

How can we explain their odd-looking masks?

Figures are rare. Their style is closely related to Dan, We and other neighboring tribes. Did the people of Kru and Grebo tribes create them to scare off enemies or do they perhaps try to memorize some important events they experienced in ancient times?

Are these very strange masks related to distant past of Kru Grebo people?

Masks have played an important role in African societies for many centuries. Certain masks could have been created in the image of god-like beings, which once appeared long time ago.

Little is known about the use of masks among the Grebo and Kru people of Liberia. The Grebo literally means "Those Who Made It Across the Water," and according to the legends, they migrated from the sea to their current habitat. 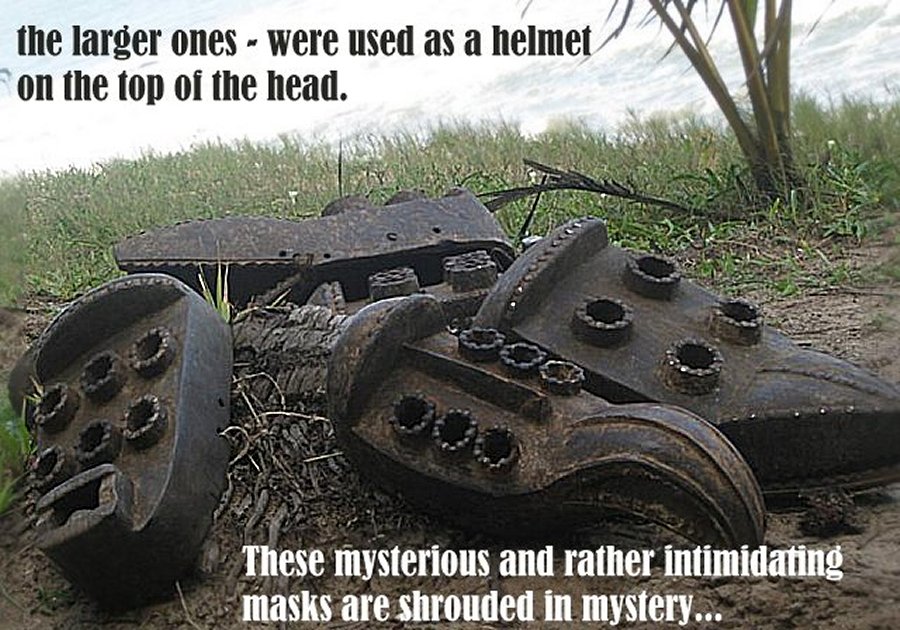 The origins of Kru people are still historically unknown. The term "Kru" is of unknown origin, too. Those coming from the Gedeh forests to the north claimed Mount Pahn in the Putu Range as their ancestral home.

Geological flights in the 1950s confirmed the remains of a village on the summit of the mountain, half-shrouded in clouds of mist and ancient mystery.
It is said that the masks were used by leaders of the warriors to terrify the enemy. Some of them were worn on the face while others - especially the larger ones - were used as a helmet on the top of the head.

Did the people of Grebo encounter an extraordinary being that was able to see everything that was taking place in different parts of the country? Was this being a six-eyed or four-eyed god? 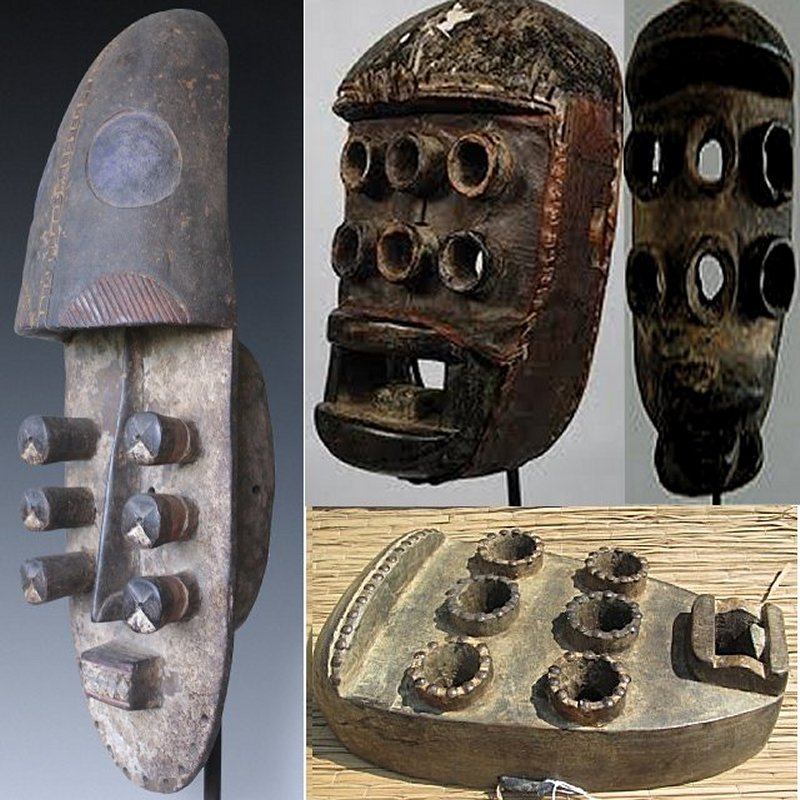 Grebo "Kru" Mask can usually be identified by their tubular, multiple eyes.

Is the mask a depiction of some kind of device-like helmet?

These are only speculations, but it is a fact that our ancestors often depicted what they actually saw. They created images of ancient sky visitors and their equipment on rock carvings, and often made masks in the likeness of theirs gods.

The spirit world of benign and malevolent spirits and ancestors is of great importance to African people. This world is usually represented by masquerades in which participants wear wooden masks. 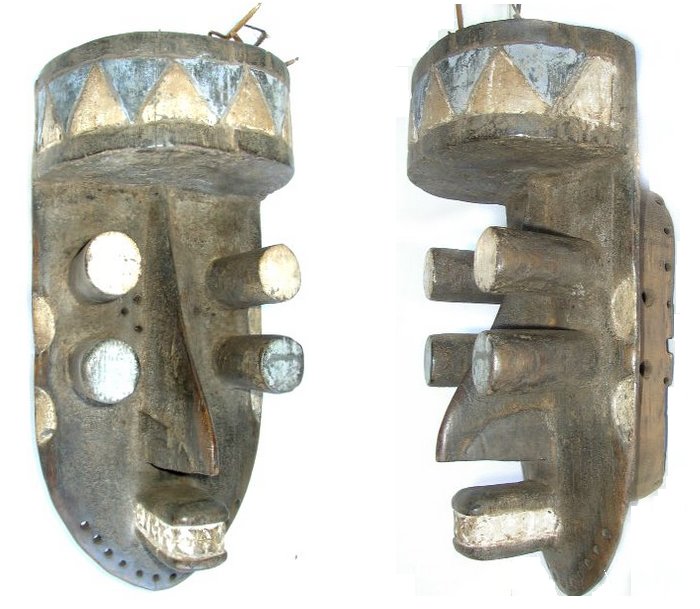 Though the man behind the mask is a mere mortal, the wooden mask shields his identity from the human gaze, and the ancestral spirit or any spiritual force that comes upon him is believed to take him beyond the level of those who are not introduced into the secrets from the past.

In that case, it makes sense to keep secrets and mask intentions in a society living in awe of the unseen, supernatural world.

These mysterious and rather intimidating masks are shrouded in mystery just as much as the Kru Grebo people's beginnings.

First version of this article was published on September 26, 2015.

Elizabeth Isichei, 'A History of African Societies to 1870'