Ellen Lloyd - AncientPages.com -  Located near Conway, New Hampshire, North America, Mount Chocorua is one of the world’s most stunning mountains and a frequent target for photographers who want to capture its beauty. 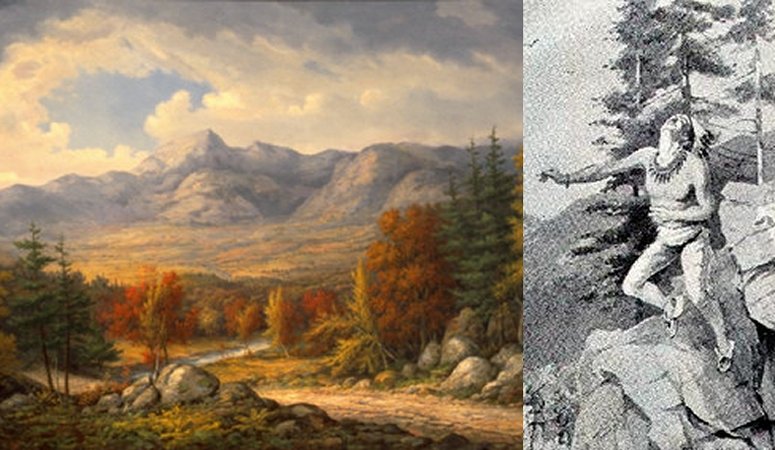 Mount Chocorua is named after a Native American chief who died there in the early 1700s. According to a legend, he yelled a curse and then jumped off a precipice on the eastern face of the summit. Chief Chocorua decided to end his life in tragic way because he felt there was no other option.

Many have wondered whether Chief Chocorua really existed and the vents are authentic. Those who have researched this story have found evidence that the first mention of Chocorua occurred in 1828.

Lawrence Shaw Mayo wrote in his article The History of the Legend of Chocorua that “in October, 1828, a young New York artist named Thomas Cole visited the White Mountains in search for inspiration. He had already won renown as a landscape painter, especially of Hudson River scenery. 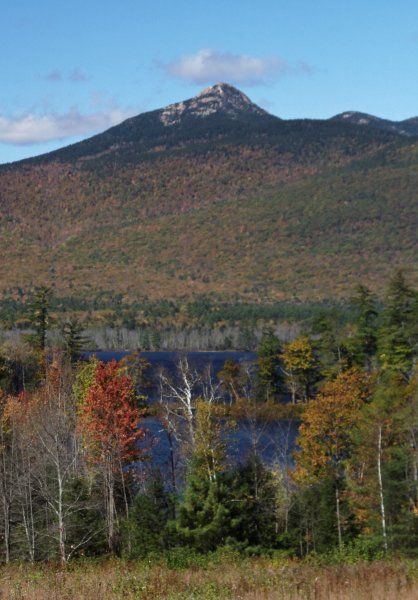 On his way to the Crawford Notch, he lodged for a night or two in or near Tamworth and climbed Chocorua. Under the date of October 3, 1828, he wrote on one of the blank leaves of his sketch book, which he used for keeping a diary: “We set out to climb Chocorua peak… On the path through the wood, we came to windfalls, the track of the tornado, where every tree is laid prostrate.

We came out, at length, to a lonely and deserted clearing, just at the foot of the mountain. The cause of this abandonment is, they say, the poisonous effects of water upon the cattle; the result, according to tradition, of the curse of Chocorua, an Indian, from whom the peak, upon which he was killed by the whites, takes its name.”

Why Did Chief Chocorua Curse The White Men And Commit Suicide?

According to legend, Chief Chocorua, who was a prophet lived with his young son in the region that we today know as Tamworth, New Hampshire. He wanted to avoid conflicts with the white men, and he became good friend to Cornelius Campbell, a settler who lived the same area with his family.

An awful tragedy ended their friendship. One day, Chief Chocorua had to leave his home and participate in a tribe meeting. He asked the Campbell family if his little son could stay with them while he was gone. They naturally agreed but Campbell's wife didn’t pay enough attention to what the youngster was doing while playing.

Chief Chocorua’s son found a bottle, opened it and consumed its contents. The bottle contained poison that Cornelius Campbell had made to eliminate troublesome foxes. When Chief Chocorua returned, he found his son dead.

Grief and anger overwhelmed him, and he sought revenge. He went to the Campbell’s property and murdered Cornelius’s wife and children. When Cornelius Campbell came home and found the dead bodies of his family, he suspected this crime had been committed by Chief Chocorua. 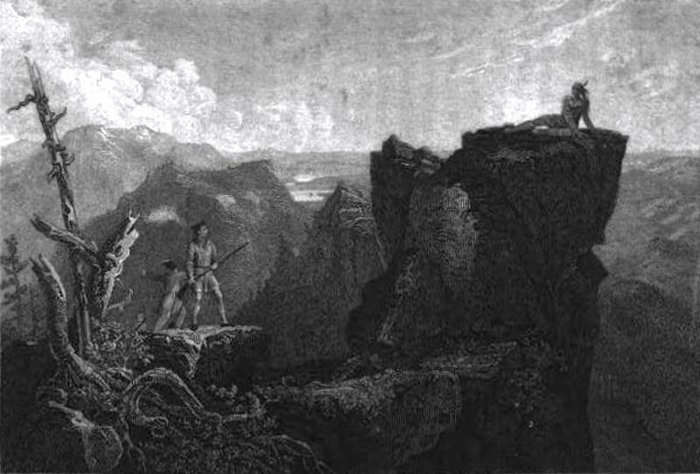 Equipped with a gun Campbell, and perhaps other settlers as well chased Chief Chocorua up the mountain that today bears his name.

When the Native American Chief reached its highest peak and saw there was nowhere, he could escape, he raised his arms to the sky and shouted: “A curse upon ye, white men!  May the Great Spirit curse ye when he speaks in the clouds, and his words are fire!  Chocorua had a son—and ye killed him while the sky looked bright!  Lightning blast your crops!  Wind and fire destroy your dwellings!

The Evil Spirit breathe death upon your cattle!  Your graves lie in the war-path of the Indian! Panthers howl, and wolves fatten over your bones!  Chocorua goes to the Great Spirit—his curse stays with the white men!”

The, he jumped of the mountain and died. “The prophet sunk upon the ground, still uttering inaudible curses – and they left his bones to whiten in the sun. But his curse rested on the settlement. The tomahawk and scalping knife were busy among them, the winds tore up trees ad hurled them at their dwellings, their crops were blasted, their cattle died and sickness came upon their strongest men. At last the remnant of them departed from the fatal spot to mingle with more populous and prosperous colonies,” Lawrence Shaw Mayo wrote.

Life never became the same again for Cornelius Campbell. He became a hermit and avoided contact with everyone. Two years later he was found dead in his house.

This is the legend that explains how beautiful Mount Chocorua got its name.