David Tee - AncientPages.com - Little is known about his life except that he lived between 610 and 546 BC.  He was the son of Praxiades, a Milesian, and was born in the ancient Greek city of Miletus. If it wasn’t for that latter fact, we may not have heard of Anaximander as he would not have been taught by Thales, the founder of the Milesian school of philosophy. 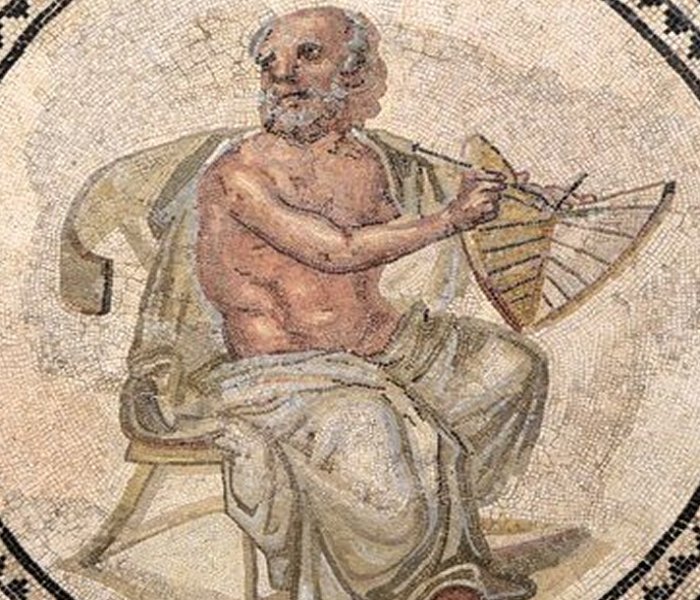 This is a mosaic from Johannisstraße, Trier dating to the early third century AD, showing the Pre-Socratic Greek philosopher Anaximander of Miletus holding a sundial. Source

Without that achievement on his record, Anaximenes and Pythagoras would not have been influenced by him and Anaximander would have lived his life out in complete anonymity.

What we do know of Anaximander comes from Diogenes Laërtius who lived in the 2nd or 3rd century BC and a few quotes in other ancient works. Only one fragment of his writings remains today.

Anaximander And His Map Of Ancient World

While he is known as the father of cosmology, Anaximander also participated in other research fields. His work in cartography earned him the honor of being the first to draw a map of the ancient world.

This may have been a little presumptuous as other ancient societies had drawn such maps prior to Anaximander. His map focused on what the Greeks of his time knew of the known ancient world. The map was drawn to help Miletus’ sailors in their navigation efforts.

Famous Philosopher Plato: One The Greatest Thinkers Of All Time With Special Interest In The Concept Of Soul

Geometry was another field that Anaximander mastered. He introduced a gnomon (a shadow-casting rod) to Greek society and used it to demonstrate the equinoxes and solstices and most probably the hours of the day.

Finally, he was also to predict the coming of an earthquake which helped save the people of Lacedaemon. 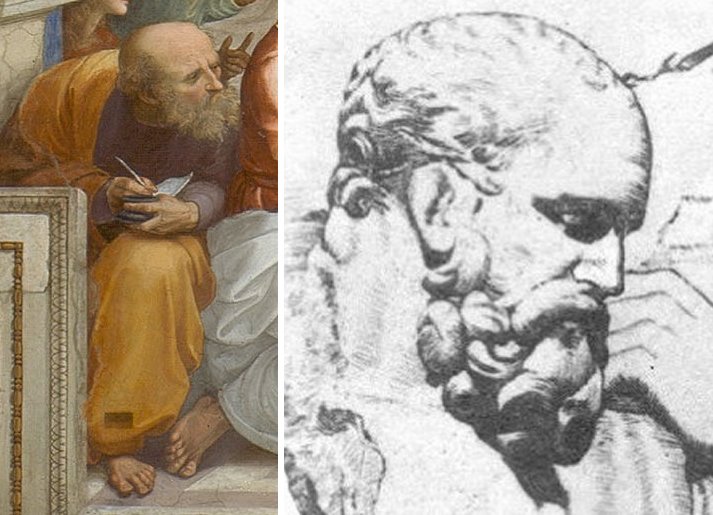 Left: Detail of Raphael's painting The School of Athens, 1510–1511. This could be a representation of Anaximander leaning towards Pythagoras on his left. Source; Right: Anaximander. (Detail from a frieze). Source

Anaximander, a philosopher and a person of influence, wrote about the universe and the origin of life but he did so in non-mythological terms. His probably the greatest claim to fame was that he was considered the father of cosmology.

Anaxmander’s theory that the earth floated free and was not suspended or tied to any other material object in space was also a departure from normal Greek and ancient thought. His mechanical model of the earth gave a cylinder type shape to the planet with a flat top that held the world’s population.

He was also the first, so it seems, to describe the sun as an actual body and sought to figure out how far it was from the earth. His mechanical model for the earth and his idea of its shape allowed for other heavenly bodies t move freely about around and beneath the planet.

Anaximander set the bar for other astronomers to meet or surpass.

Anaximander And The Origin Of Life

Evolution is not a new theory. It has been a part of life since the earliest of times. Anaximander may not have known about Darwin’s origin of the species but he did not support the Jewish creation record. Fossils existed in his time and he explained the existence of those as evidence for an ocean origin of life.

According to his views, animals sprang from the ocean. He also felt that humans did as well and stated that humans survived this transition by living in the mouths of big fish.

This sanctuary helped humans endure climate change until the right atmospheric conditions arrived that enabled humans to live on land.

The End Of His Life

History has not preserved any records of Anaximander’s death. It merely states that he lived his elderly years under the rule of the Persian Achaemenid Empire.

Anaximander used meteorology to show that lightning and thunder was a product of natural not divine causes. It is unfortunate that his works do not survive today. Those works may have shed some light on his actual impact on his world at that time.