Ellen Lloyd - AncientPages.com - Every year, sometime between Christmas and New Year’s Eve residents of Block Island, Rhode Island report seeing an eerie light that is believed to be the apparition of a ghost ship named Palatine. The mysterious light has haunted the island for centuries.

Dr. Aaron C. Willey, a Block Island resident said that people were so used to the light that it was not mentioned often. 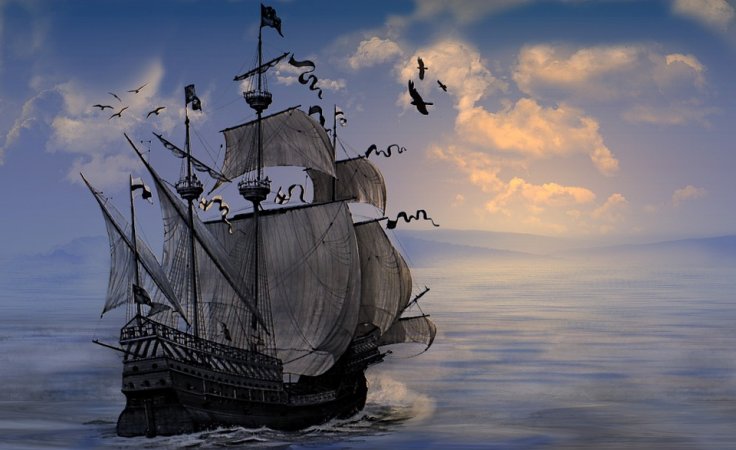 The cries from the dead are still heard by locals on Block Island. Credit: Public Domain

“The people who have always lived here are so familiarized to the sight that they never think of giving notice to those who do not happen to be present, or even of mentioning it afterward. The light looks like a blaze of fire six or seven miles from the northern part of Block Island.

The Horrible Fate Of Princess Augusta

The legend of the Palatine light is based on true and sad events. It is a tragic story and there are several versions of what may have led to this tragedy. Some circumstances are unclear and very disturbing.

In August 1738, the 220-ton British ship Princess Augusta left Rotterdam, Netherlands. Under the command of Captain George Long and 14 crew members, the ship was carrying 240 immigrants who were on their way to English colonies in America.

The passengers were German Palatines, early 18th-century emigrants from the Middle Rhine region of the Holy Roman Empire and the destination was Philadelphia.

It was a doomed voyage and their fate was not to reach the New World alive. The ship carried contaminated water that caused a "fever and flux", resulting in that Captain George Long, half of the crew and 200 passengers died.

First Mate Andrew Brook took over the command, but the situation on Princess Augusta was desperate and offered faint hope of survival. As if the contaminated water wasn’t enough, Princess Augusta was now also pushed by severe storms and the few survivors had to struggle to remain alive while enduring extreme weather conditions. Food was running out and Brook had no choice than to charge passengers for the remaining rations.

Were Residents Of Block Island Guilty Of A Crime?

What transpired next is not entirely clear. It is also unknown what happened to the wreck. According to some accounts the ship was set on fire. Another possibility is that it was pushed out to sea to sink.

Depositions taken from the surviving crew, discovered in 1925 reveal that Brook and his crew got into the ship’s longboat and rowed ashore, leaving the passengers behind. When Brook reached Block Island, he was convinced by locals to retrieve the passengers. The few survivors were taken to peoples’ homes and nourished back to health. Those who had died in the catastrophe were buried by locals. 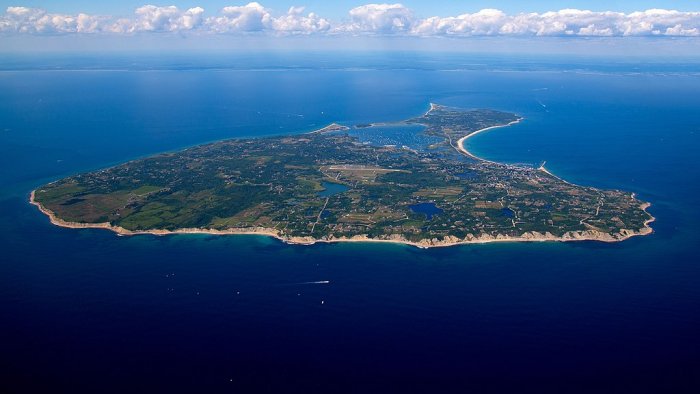 There have also been claims that residents of Block Island were not so friendly at all.  Joseph Peace Hazard (1807-1892), who considered himself clairvoyant and clairaudient wrote in his letter to poet John Greenleaf Whittier.

That Block Islands residents deliberately lured the ship onto the shoals with a false light. Hazard accused locals of murdering the poor, starving, freezing passengers, and stealing their possessions. Whether people living on Block Island were guilty of this horrible crime or not is unknown. What is certain is that the Block Island Historical Society raised a memorial marker in honor and memory of the 20 passengers who had died and were buried on the island.

According to legends, one woman, Mary Vanderline who had gone mad, refused to leave the ship during the rescue mission. She died and it is her horrifying screams residents of Block Island hear every year.

The memory of the ghost ship was kept alive by John Greenleaf Whittier who in 1867 wrote a poem called The Wreck of the Palatine:

“And then, with ghostly shimmer and shine
Over the rocks and the seething brine,
They burned the wreck of the Palatine.
In their cruel hearts, as they homeward sped,
‘The sea and the rocks are dumb,’ they said.
‘There’ll be no reckoning with the dead.’”

As far as it is known, Brook and his crew were not found guilty of any crime and didn’t suffer any punishment. On Block Island, there is a marker on the spot where the ship is thought to have run aground. It reads - Palatine Graves – 1738.