Conny Waters - AncientPages.com - Accompanied by a band of tough warriors, she came riding from the mountains in the south. The year was 284 A.D. and it was time to change history. Her name was Lady Trieu and she was a very experienced warrior who had participated in dozens of battles. 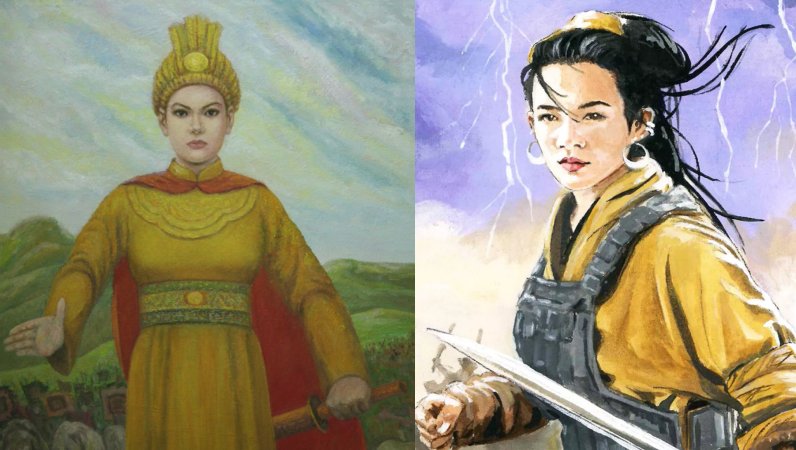 Once again, it was time to engage the enemy. Together with thousands of heroic warriors, she launched a rebellion. The goal was to put an end to China’s oppression against the people of Vietnam.

Who Was Lady Trieu?

Lady Trieu is today celebrated as a national hero In Vietnam. Her historical importance is clearly visible in her home country where many streets are named after her.

Sometimes, referred to as the Vietnamese Joan of Arc, Lady Trieu was undoubtedly an extraordinary female warrior who struck the fear in the Chinese.

The real name of Lady Trieu (Bà Triệu) is unknown, but she is also mentioned in historical records as Triệu Thị Trinh.

Lady Trieu was born in 225 A.D. Her parents died when she was a baby and she lived with her older brother Trieu Quoc Dat. Lady Trieu could most likely have chosen a different path in life, but becoming a subordinate concubine never crossed her mind. She lived during a particularly troublesome period that was characterized by Chinese domination in Vietnam.  In the year 43, Vietnam came under the rule of the Chinese Han Dynasty, and this led to several conflicts. The Chinese wanted to ‘civilize’ the natives, and the Vietnamese, naturally objected to the foreign domination that lasted for hundreds of years.  Rebellions were common during this time. Still, there were also many people in Vietnam who had grown accustomed to the Chinese’ culture, and they were not overenthusiastic when Lady Trieu launched her revolt.

“Two hundred years of further Chinese domination and assimilation had unmistakably shown their mark; the Vietnamese population no longer responded with the same enthusiasm to the calls to drive out the foreign dominators. They have, on the contrary, become either so assimilated culturally to or so mixed up ethnically with the Chinese that they no longer recognized themselves in the insurgents led by lady Trieu,” Truong Buu Lam writes in the book “A Story of Vietman”.

According to Vietnamese historian Tran Trong Kim, Lady Trieu was only 20-year-old when she killed her cruel sister-in-law. Then, she took refuge in the mountains and she became a brave, strong warrior.

Lady Trieu Gathered 1,000 Followers And Trained Them To Become Warriors

Lady Trieu convinced thousands of people to join her and rebel against the Chinese. According to Truong Buu Lam, “half of her followers were made of women who constituted what the people call her Ashock troops.”

When her brother learned about her plans, he tried to discourage her from launching the attack against the huge Chinese army, but Lady Trieu was stubborn. She explained that she would not follow in the footsteps of other ordinary women.

“I will not resign myself to the lot of women who bow their heads and become concubines. I wish to ride the tempest, tame the waves, kill the sharks. I have no desire to take abuse,” Lady Trieu said

Lady Trieu is remembered not only for showing outstanding courage in battle, but also for her large-scale feminine attributes. In the book Even the Women Must Fight : Memories of War from North Vietnam, Karen Gottschang Turner  writes that “according to an eighteenth-century account”, Lady Trieu was “was nine feet tall, with breasts three feet long.”

“Around 240 C.E. she rode into battle against the Chinese, perched on an elephant, her huge breasts slung over her shoulder. “

Lady Trieu and her warriors were well-trained and brave, but they could not defeat the huge Chinese army.

Why and how, Lady Trieu’s rebellion was defeated is still debated. Truong Buu Lam thinks that the “Chinese troops who found themselves on the point of being driven away from their fortified position shed all their clothes and exposed themselves stark naked to the opposing forces. 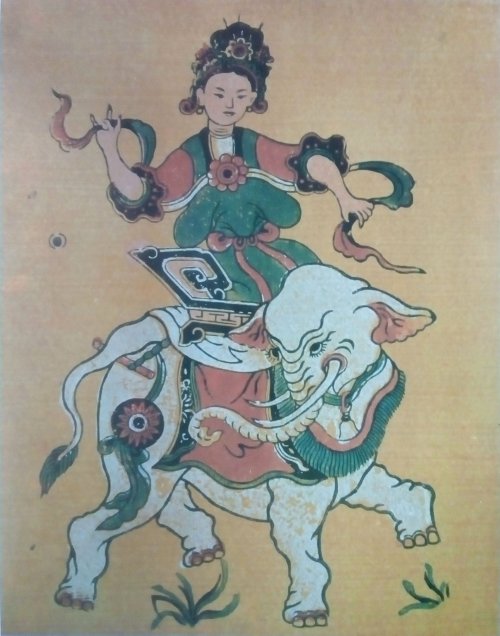 Lady Trieu and her shock troops were so embarrassed that she ordered her followers to retreat. Seizing upon that advantage, the Chinese army pursued her troops all the way to their encampment, destroyed it, and doing so, automatically sealed the fate of the rebellion. It is believed that Lady Trieu Au, like her predecessors the Trung Sisters, also committed suicide: she preferred to die honorably rather than be captured and humiliated. “

Lady Trieu become a problem to the Chinese even after her death, and many still feared her.  According to Karen Gottschang Turner, “it is said that Lady Trieu so troubled the Chinese commander she fought that he blamed a pestilence on her and ordered woodcarvers to hang phallic images on doors to counteract her female potency. She could serve good causes as well: a Vietnamese rebel against the Chinese dreamed that she supported him.

Today she is one of Vietnam’s most beloved heroines.”

Lady Trieu was defeated, and she did not win her battle against the might Chinese army, but her actions and courage served as inspiration to those who followed in her footsteps and continued to fight against the Chinese.

From being just an orphan with an uncertain future, Lady Trieu rose to become a celebrated national hero in Vietnam. Looking through the eyes of the Chinese, Lady Trieu and her warriors were just a bunch of uncivilized outlaws, but to the people of Vietnam, they were heroes.

As Keith W. Taylor, an American Professor said, this explains also why Chinese records do not mention Lady Trieu and our knowledge of her comes only from Vietnamese sources.

Truong Buu Lam - A Story of Vietman
Karen Gottschang Turner - Even the Women Must Fight : Memories of War from North Vietnam
Keith W. Taylor - The Birth of Vietnam