Conny Waters - AncientPages.com - Many have heard about Pocahontas, but her story is not as presented in the animated movie Walt Disney Pictures released in 1995. Pocahontas was a Native American woman and her real name was Matoaka (also known as Amonute).

She was given the nickname "Pocahontas" as a nickname, which meant "playful one," because of her lively and curious nature.  Born about 1595,  Pocahontas is today remembered for her association with the colonial settlement at Jamestown, Virginia, but there is not much information about this unusual woman, who changed history for a short period.

The information we possess was written by others,and Pocahontas' own thoughts or feelings were ever recorded. 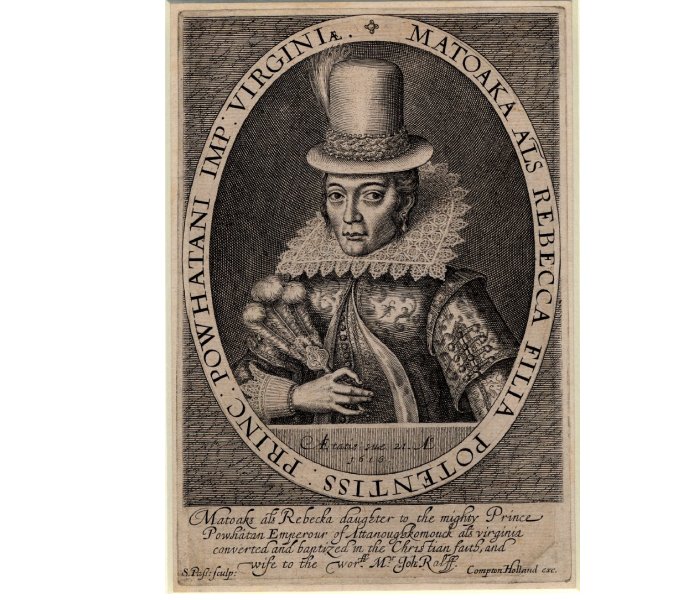 Pocahontas was the daughter of the paramount chief Powhatan (1545-1618) who  was  called "King" or "Chief" Powahatan by the English and led the main political and military power facing the early colonists. At its height, the Powhatan Chiefdom had a population of about 25,000 and included more than 30 Algonquian speaking tribes - each with its own werowance (chief). The Powhatan Indians called their homeland "Tsenacomoco."

Why Were Wampum Belts Important To Native Americans?

When the English arrived and settled Jamestown in May 1607, Pocahontas was about eleven years old. Pocahontas is most famously linked to the English colonist Captain John Smith, who arrived in Virginia with a hundred other settlers in April 1607. In December 1607, while exploring on the Chickahominy River, Smith was captured by a hunting party led by Powhatan's younger brother (or close relative) Opechancanough and brought to Powhatan's capital at Werowocomoco. 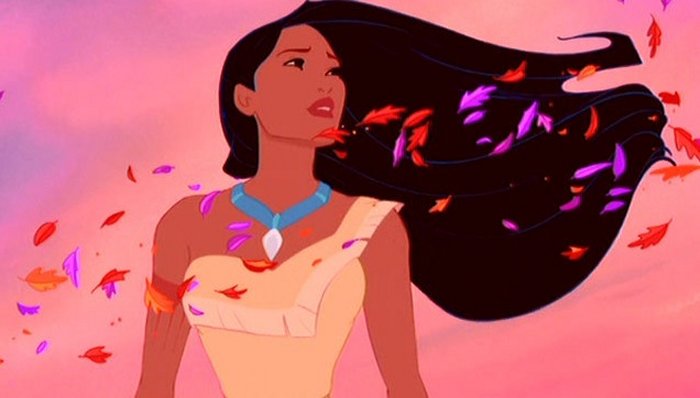 Historians have confirmed that Pocahontas befriended Smith and the Jamestown colony. She often visited the  settlement and played games with the boys there. When the colonists were starving, "every once in four or five days, Pocahontas with her attendants brought him [Smith] so much provision that saved many of their lives that else for all this had starved with hunger."

As the colonists expanded their settlement further, the Powhatan felt their lands were threatened, and conflicts arose again.

In late 1609, an injury from a gunpowder explosion forced Smith to return to England for medical care. The English told the Powhatans that Smith was dead. Pocahontas believed that account and hence afterward, stopped visiting Jamestown. Much later, she learned that he was living in England when she traveled there as the wife of John Rolfe.

How Did Native American Indian Chiefs Get Their Names?

When Pocahontas was 18 years, she was captured and taken as hostage by the Englishmen and held for ransom. The Englishmen demanded that her father should release all the colonists he held captive.

After her capture, Pocahontas was brought to Jamestown. What later happened is unclear, but it seems she was taken to Henrico, a small English settlement near present-day Richmond. When her father learned about his daughter's capture and ransom cost, he agreed to many of the English demands. Negotiations started immediately.

In the meantime, Pocahontas was put under the charge of Reverend Alexander Whitaker, who lived at Henrico. She learned the English language, religion and customs. While not all was strange to Pocahontas, it was vastly different than the Powhatan world. 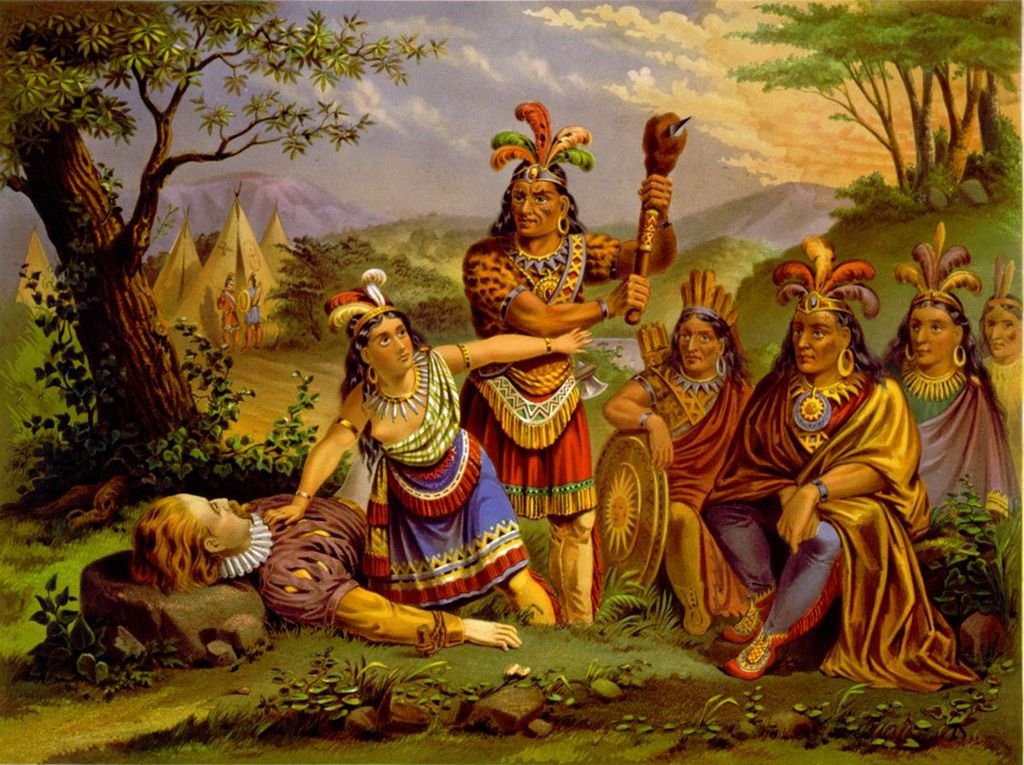 During her religious instruction, the Native American woman met widower John Rolfe , and the couple married in 1614. Was it something she really wanted? The answer to this questions, depends which version of Pocahontas's life story we rely on.  All English accounts state that she and Rolfe fell in love and wanted to marry, but other soruces claim she was  forced to marry the Englishman.  Life certainly changed for Pocahontas. She gave birth to a son named Thomas, converted to Christianity and was baptized "Rebecca." The marriage led to the "Peace of Pocahontas;" a lull in the inevitable conflicts between the English and Powhatan Indians. The Rolfe family traveled to England in 1616. 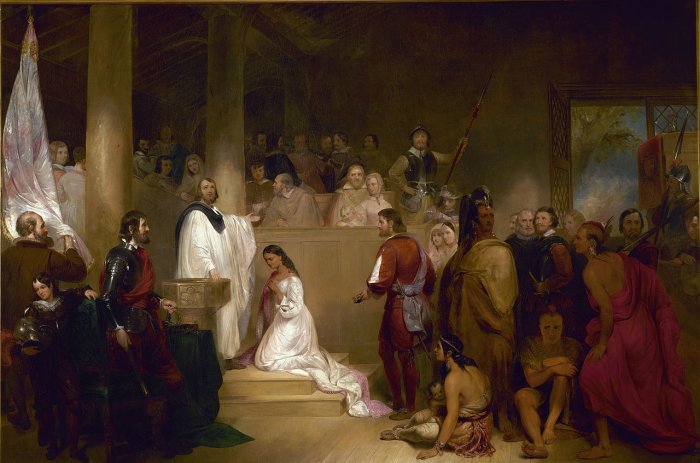 John Gadsby Chapman, The Baptism of Pocahontas (1840). A copy is on display at the US Capitol.

Everything came suddenly to an end. In 1617, the Rolfe family was ready to return to Virginia. After traveling down the Thames River, Pocahontas, seriously ill, had to be taken ashore. What caused Pocahontas illness is unclear, but she died n the town of Gravesend, and was buried at St. George's Church on March 21, 1617. She was only 21-year-old at the time of her death.

Many historians believe she suffered from an upper respiratory ailment, such as pneumonia, while others think she could have died from some form of dysentery.

John Rolfe returned to Virginia, but left the young ailing Thomas with relatives in England. Within a year, Powhatan died. The "Peace of Pocahontas" began to slowly unravel. Life for her people would never be the same.

Pocahontas's legacy is that her marriage stopped a conflict between the Jamestown settlers and the Native Americans.