A. Sutherland - AncientPages.com - Monumental map of Fra Mauro is one of the most beautiful and important works in the history of cartography. The map is believed to be ultimate memorial of medieval cartography. It was the most detailed and accurate map of the world up until that time.

It was created in a monastery on the Venetian island of Murano about 1450. 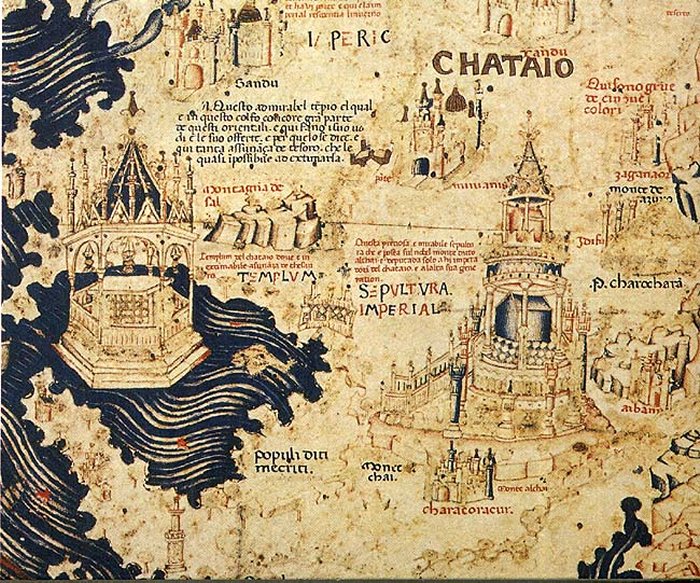 At the same time, Fra Mauro Map announces the decline of the medieval so-called ‘mappae mundi’, whose task was to teach biblical geography. Mappae mundi were highly influenced by Christianity (with Jerusalem located at the center) and created during the Middle Ages (400-1450) and oriented with east.

Who Was Fra Mauro?

Fra Mauro who died in 1464, was an Italian cartographer who lived in the Republic of Venice. He traveled much as a soldier and a merchant. He was also a member of the Monastery of St. Michael, situated on the island of Murano, just outside Venice, norther Italy  It was there that he maintained a cartography workshop. 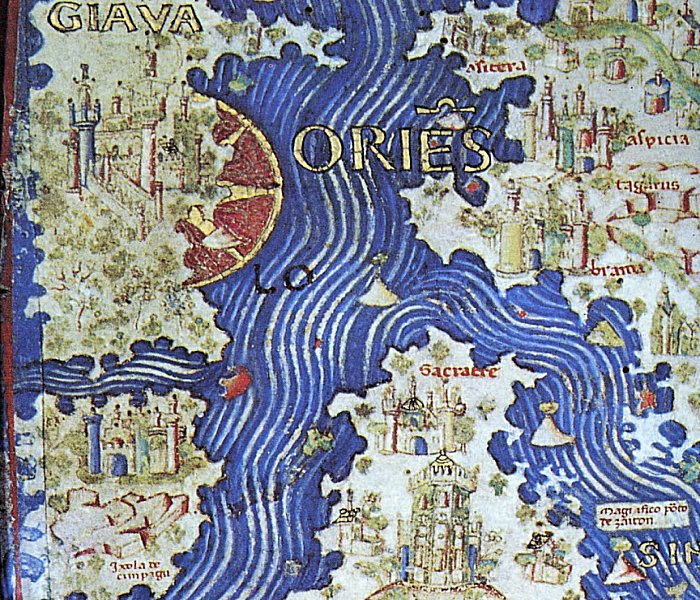 The first mention of Java in a Western map. Image credit: Wikipedia

From the 1450s, he is also mentioned as the creator of several world maps. Due to his religious status, Fra Mauro was no longer free to travel, but he could he frequently consult with merchants of the city upon their return from overseas voyages.

The Republic of Venice was a sovereign state and a powerful maritime state in northeastern Italy, which flourished for over a millennium between the 7th century and the 18th century from 697 AD until 1797 AD.

Fra Mauro was employed as an accountant and professional cartographer. The map was made for the two most prominent seafaring nations of the time, Venice and Portugal.

Fra Mauro clearly tried to use the latest mapping techniques to show the latest discoveries, even if they contradicted the views of classical and Christian geography. He was a cartographer who wanted to definitely break from divinely inspired maps of the Dark Ages.

Although the Earth was inscribed by Fra Mauro in the traditional form of the circle, with a large number of  graphic representations of towns and cities, he wanted his map to show an element of a broader cosmological vision, enclosed in a square frame and including paradise and cosmos (shown in the form of three astronomical diagrams). 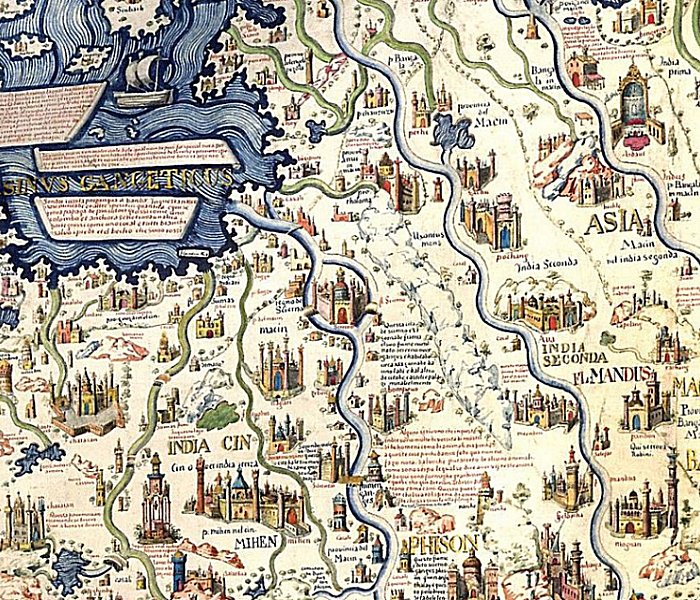 This detail from Fra Mauro's world map shows the city of Ayutthaya ("Scierno"), a name derived from the Persian name of the city "Shar-I-Nau", meaning "New City". The map is orientated with south to the top. To the right - two cities in Burma can be recognized: "Pochang" (present day Bagan) and Ava (present day Inwa). Image credit: Fra Mauro/wikipedia

Appearance And How Long Did It Take To Create It?

One of the attributes of the map is its southern orientation, instead of the northern one, earlier used by Ptolemy and eastern, typical of the medieval mappae mundi, which showed at the top  where Garden of Eden was usually depicted.

Fra Mauro wanted to place Garden of Eden outside the world, rather than in the extreme east.

What Does The Mexican Codex Map Represent?

Other features of this map show that Jerusalem was moved from the center of the world to its periphery, and southern Africa was presented as if it could be circumnavigated - even though the Portuguese were the first Europeans to circle the Cape of Good Hope only in 1488.

The map forms a circular planisphere drawn on parchment and set in a wooden frame that measures about 240 x 240 cm. It includes Asia, the Indian Ocean, Africa, Europe, and the Atlantic. It is oriented with south at the top. 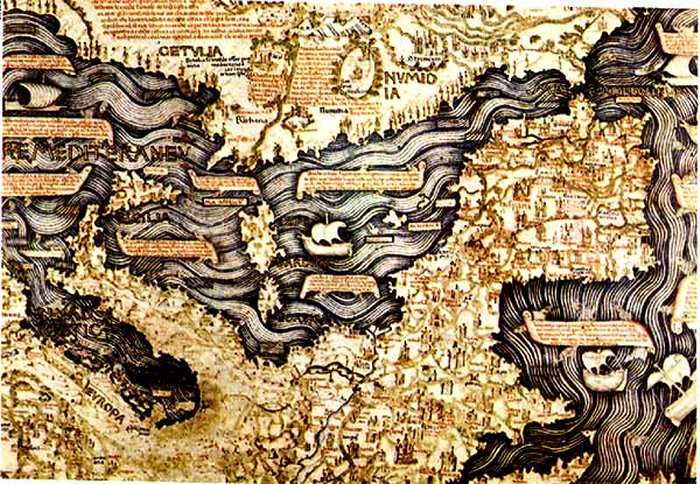 On the map, there are 3000 inscriptions informing about the latest news from the accounts of people traveling to Africa and Asia. They contain a lot of often very detailed information on both of these these continents; one of them is related to the description of Japan.

A large team of cartographers, copyists and artists worked on the map including Fra Mauro. They used the best known pigments and gold to achieve the best effects.

The work, which was very expensive and took several years, contains hundreds of very detailed illustrations and more than 3000 descriptive texts.

Fra Mauro map marks the end of Bible-based geography in Europe and the beginning of embracing a more scientific way of making maps, placing accuracy of the mapping ahead of traditional and religious beliefs.

The map is usually on display in the museum Museo Correr in Venice in Italy.