Conny Waters - AncientPages.com - Xipe Totec was an Aztec god worshiped by people across what is now central and western Mexico and the Gulf coast. It was a fearsome deity who according to the Aztecs invented war.

He was known under different names such as Tlatlauhca, Tlatlauhqui Tezcatlipoca and Youalahuan. In Aztec mythology he was as the god of life, death and rebirth as well as agriculture. 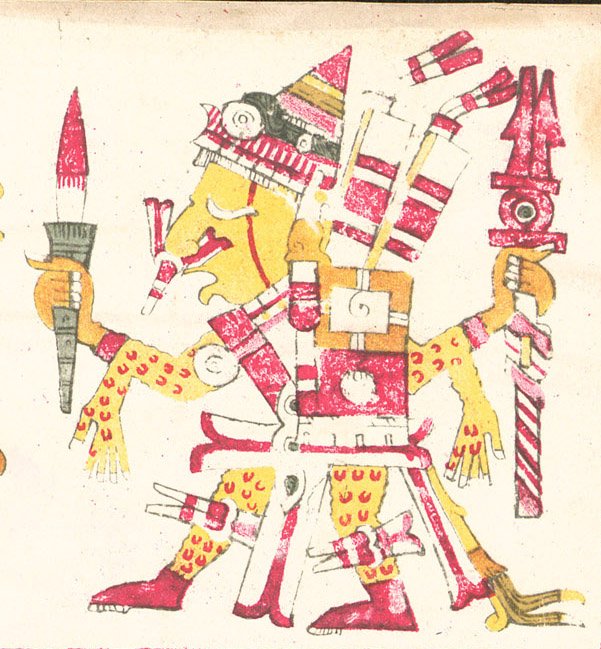 Nevertheless, Xipe Totec ("The Flayed God") was mostly associated with gruesome sacrifices. Wearing a pointed cap and rattle staff he was often depicted without his skin as as a golden god. Aztecs believed Xipe Totec had flayed himself to give food to humanity.

His great temple Yopico was located in the capital city of Tenochtitlan, which is now Mexico City.

As mentioned earlier on Ancient Pages, Templo Mayor was a sacred  Aztec complex dedicated to several gods like Tlaloc and Huitzilopochtli who were usually appeased with human sacrifices. Within this complex, Aztecs also built a temple in honor of Xipe Totec ("The Flayed God").

Among the ruins of the Ndachjian-Tehuacan, an archaeological site in the central state of Puebla archaeologists have discovered an ancient temple dedicated to god Xipe Totec.

The temple was used from around the year 1000 until about 1260. Horrible sacrifices took place there. According to Mexico's National Institute of Anthropology and History, the temple’s priests ritually sacrificed their victims on one of the temple's two circular altars, then flayed them on the other and draped themselves in their skin, Associated Press reports. 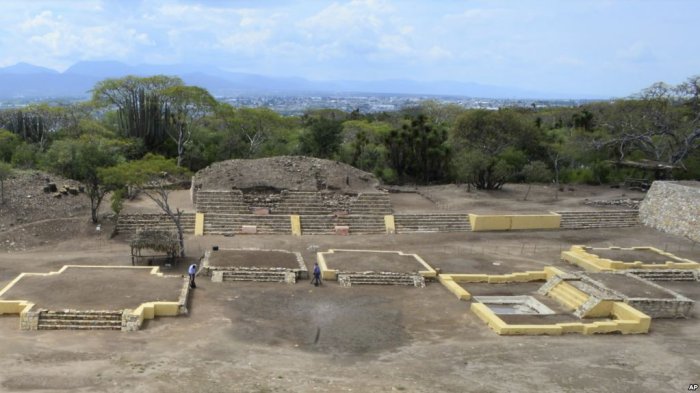 At the site Ndachjian-Tehuacan, scientists unearthed “three stone sculptures of Xipe Totec: two skinned heads and a torso, whose back is covered in engravings representing the sacrificial skins worn by the god.

Was Aztec And Mixtec Turquoise Mined In the American Southwest?

"Sculpturally speaking it's a very beautiful piece. It measures approximately 80 centimeters (30 inches) tall and has a hole in the belly, which according to historical sources is where a green stone was placed to 'bring it to life' for ceremonies," said Noemi Castillo Tejero, the lead archaeologist on the project.”

As one of the most important gods in pre-Hispanic Mexico, Xipe Totec was worshipped in a ceremony called Tlacaxipehualiztli, which in the indigenous Nahuatl language means "to wear the skin of the flayed one." 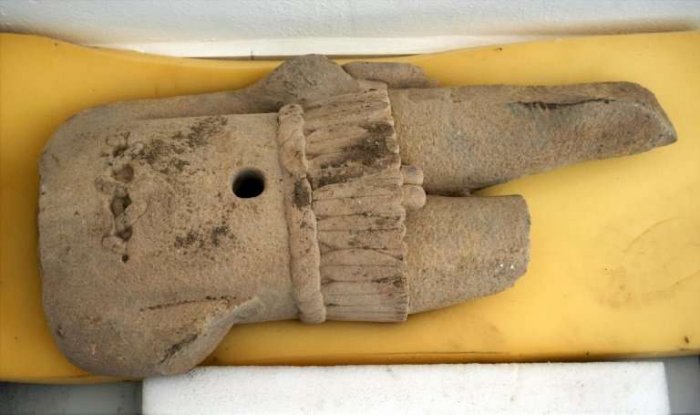 A statue of Xipe Totec, a pre-Hispanic god whose priests sacrificed humans and then wore their flayed skins on their own backs as part of a fertility ritual in what is now Mexico. Credit: AP/Mexico's National Institute of Anthropology and History .

Researchers say “sacrificial victims were killed either through gladiatorial combat matches or by being shot with arrows, then flayed to glorify Xipe Totec, it said.

Their skins were then buried at the foot of the altars.

Two holes filled in with earth were found in front of the altars at the Ndachjian-Tehuacan site.”

When the Spanish conquistador Hernan Cortes and his army arrived in and took over Mexico they put an end to these horrifying rituals.