Ellen Lloyd - AncientPages.com - Hypatia was a great ancient scholar who was more interested in science than religion.  Her quest for scientific knowledge was truly admirable, but it also clouded her judgement. She sometimes forgot or ignored the reality of the world she was living in.

Hypatia’s accomplishments and fatal ending serve as a reminder that it takes time before most people can embrace new ideas and there will always be those who are reluctant to changes in the society. Her death shows the true meaning of religious intolerance and the consequences thereof. 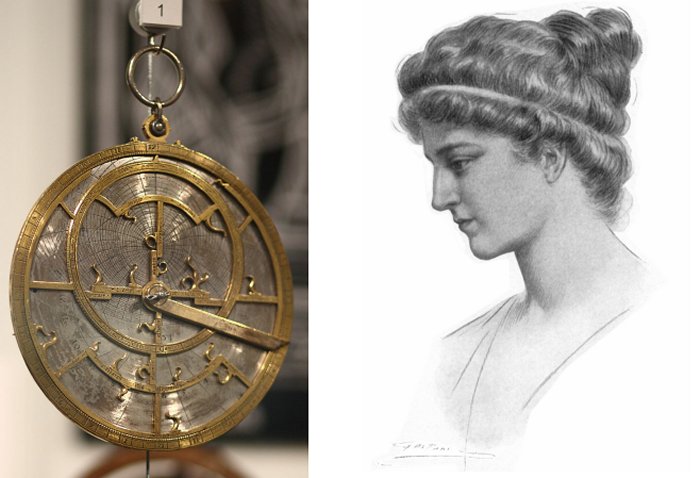 In ancient times it was very common that scientists were accused of witchcraft. Scholars were treated with suspicion. The line between science and superstition was thin. What should be classified as science, magic or occult knowledge was a matter of debate.

The life-story of Hypatia has captivated many generations. It is a sad story about a woman who dedicated her entire life to science and teaching. It was unfortunate for Hypatia that she lived during a time when people valued religion more than scientific progress. Today we know that science and religion can co-exist and even compliment each other, but this was not the case not so long ago.

Being falsely accused of witchcraft and caught between two religious fractions, Hypatia met a gruesome death.

There is not much information about Hypatia’s life. According to historical records, Hypatia was daughter of the Greek scientist Theon of Alexandria. Who her mother was, is unknown. Hypatia was born sometime between 370 A.D. and 350 A.D. She was raised in Alexandria, a city in Egypt that was founded by Alexander the Great shortly after he was crowned Pharaoh and declared son of God Amun.

During the time of Hypatia, Alexandria was part of the Roman Empire. Hypatia’s father was a mathematician and astronomers and she most likely inherited her scientific curiosity from him. Theon was also interested in astrology and the art of interpretation gods’ wishes by studying birds’ songs. Hypatia did not devote her times to occult studies. She was passionate about mathematics, astronomy, philosophy and she constructed several scientific instruments. She built many astrolabes, but she did not invent them. Astrolabes were sophisticated ancient computers used to find out how the sky looked at a specific place at a given time. The oldest astrolabes date back to two thousand years ago.

Though several sources refer to her as being a Pagan, there is also evidence that she did not worship any gods and she was not a Christian either. Choosing a life without religion was dangerous, especially in an area where Christianity was spreading rapidly. However, it seems religion was irrelevant to Hypatia who was a prominent thinker of the Neoplatonic school in Alexandria.

Among her students were student were Christians, Pagans and some Jews. Her young male students loved her, and she gained political influence through them, but her contacts with powerful people did not prevent her from being killed.

Hypatia lived on her own, never married and she remained a virgin. Those who tried to pursue romance with her always failed as she was not interested in love relationships.

Marvelous Treasures Kept In The Serapeum Were Destroyed

In the Serapeum, a temple dedicated to the Greco-Egyptian god Serapis there was a magnificent book treasure consisting of valuable literature and works used by Hypatia and her students.  Inside the temple was also a huge, blue statue of god Serapis covered in gold and precious stones.  The temple housed an offshoot collection of the Great Library of Alexandria.

One man who was eager to get rid of the Serapeum was Pope Theophilus of Alexandria. The Roman Empire had declared Christianity official state religion and those who had other religious beliefs were persecuted. 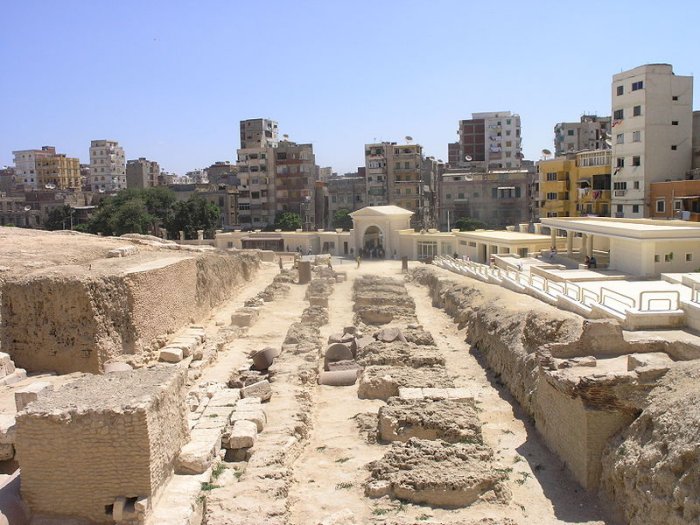 In 391 A.D., Theophilus ordered troops to destroy the Serapeum. It should have been an easy task, but many Pagans sacrificed their lives to protects their gods and treasures kept in the temple. It took some time, but eventually Christians gained control over the temple. The giant statue of god Serapis was smashed to pieces. Many of the temple’s treasures were sold and money was distributed among the poor. All the books in the temple were burnt and the Serapeum was rebuilt and turned into a Christian church.

It should be noted that although Pope Theophilus was responsible for the destruction of the Serapeum, the Great Library of Alexandria had already ceased to exist in any recognizable form centuries prior to Hypatia's birth. 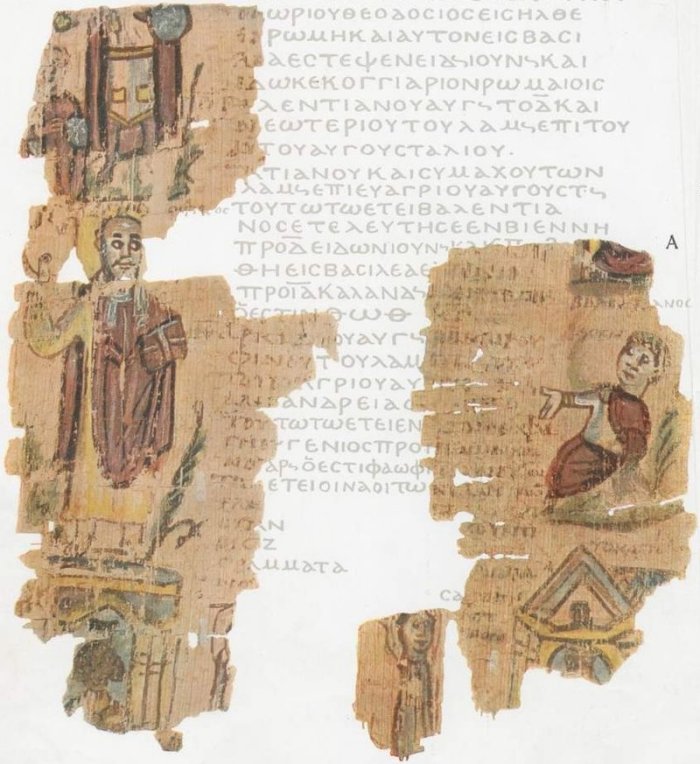 During this time many people converted to Christianity. It seemed the most logical thing to do if you were willing to accept the religious change in the country.

Pope Theophilus of Alexandria had no real issue with Hypatia. He tolerated her school, admired her scientific quest for knowledge and even allowed her to establish close relationships with Roman prefects and other prominent political leaders. Thanks to the Pope’s tolerance Hypatia became a popular person with political influence in Alexandria. However, when Pope Theophilus of Alexandria died in 412 A.D., Hypatia’s situation changed dramatically. Theophilus’ nephew Cyril was made Pope or Patriarch of Alexandria, but only after a after a riot between his supporters and those of his rival Archdeacon Timotheus.

There were frequently clashed between religious fractions. Pagans, Christians and Jews were constantly at each other’s throat.

Hypatia was protected by her close friend Orestes, the Roman prefect of Alexandria. However, Orestes was political feud with Cyril. When tension between the two parties rose, Cyril accused Hypatia of preventing Orestes from reconciling with him. She was also accused of witchcraft. 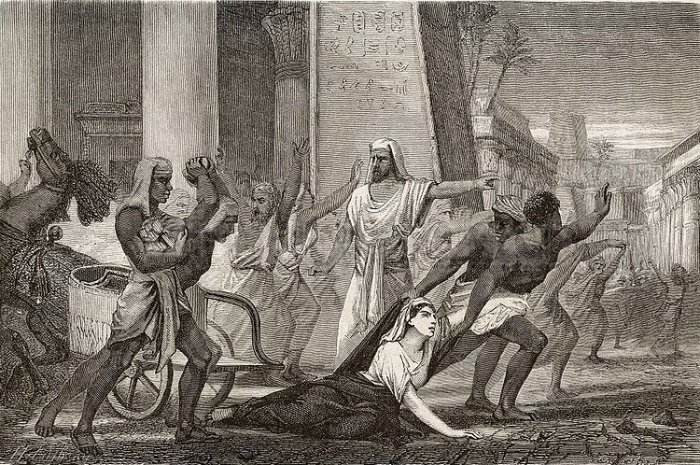 Illustration by Louis Figuier in Vies des savants illustres, depuis l'antiquité jusqu'au dix-neuvième siècle from 1866, representing the author's imagining of what the assault against Hypatia might have looked like. Image credit: Public Domain

In 415 A.D., when Hypatia was on her way home after finishing her lectures at the university she was attacked by an angry mob of Christian monks. They dragged her to a church, where they stripped her naked and burned her.

Hypatia of Alexandria whose thoughts, ideas and behavior were much ahead of time could not survive in a world
that wasn’t ready for people like her.
No-one deserves a fate like the one that met Hypatia whose life and death have been featured in movies and books. 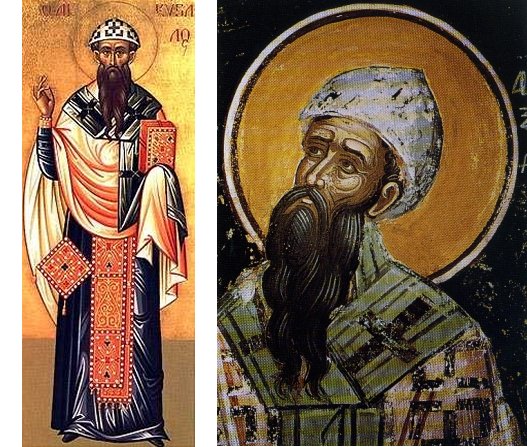 Cyril gave orders to burn the University of Alexandria and demolish Pagan temples. Intellectuals and artists either fled the country willingly or were deported. Christianity rose in power and Alexandria lost its importance as an intellectual and cultural center.

The Church declared Cyril a saint and Christians were grateful to him for suppressing Paganism and fighting for the true faith. Modern scholars suggest that Hypatia was part of the basis for the legend of Saint Catherine of Alexandria who confronted 50 Pagan philosophers and was sentenced to death.

Michael A. B. Deakin - Hypatia of Alexandria: Mathematician and Martyr