David Tee - AncientPages.com - The fascinating thing about and the weakness of history is that there are so many theories, opinions and options to choose from when trying to get to the heart of a historical event or person. In the case of the murder of Bardiya, we only have 3 to choose from this time.

Darius left an account of his rise to the Persian throne on his Behistun inscription; Herodotus wrote about it in his Histories Book III; Ctesias in his work Persika. Yet all three provide a different name to the son and his supposed imitator.

Smerdis is the real name of the younger brother of Cambyses but he is sometimes known as Bardiya. If that isn’t confusing enough, then the intrigue that surrounds this story will add to it.

Why Was Bardiya Killed?

If we are talking about the real Smerdis, then it is possible that Cambyses had him killed in order to prevent what actually took place. A rebellion and ascension to the throne by someone other than Cambyses. 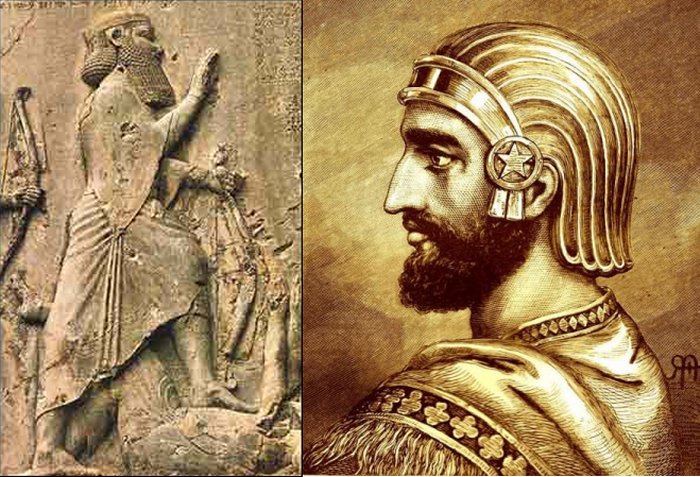 Left: Darius the Great showing his feet on the body of Gaumata the false king; while holding his right
hand up thanking Ahura Mazda for his triumph in saving his empire. Credit: iranchamber.com - Right: Cyrus the Great. Credit Public Domain

It is possible that the real Smerdis was very ambitious and wanted the throne for himself, so Cambyses just tried to solve a problem before it became a problem. Unfortunately for Cambyses, he died of natural causes either during or after his battle with Egypt.

But if we are talking about the fake Smerdis, he was killed by Darius who was only a prince at the time. He had little claim to the throne except that he married the daughter of Cyrus the Great.

After Cambyses died, supposedly a fake Smerdis rebelled and claimed the throne for himself. This takeover and crowning of the new king are seen in old letters from Babylon and these letters declared he was officially declared King on July 1st.

Darius killed this fraud in about September of the same year in Sikayauvati. The Behistun inscription records all of this and states that Darius killed a man, a Magian from Mede, called Gaumâta.

But there are complications to this story.

It seems that the real Smerdis had a wife.  For the fake Smerdis to succeed in his plans he would have to have some interaction with her and fool her completely. This is a tall order and hints at three possible scenarios. One, the Smerdis that was killed by Darius was the real Smerdis who was not killed by his brother Cambyses.

Two, the wife was a completely clueless person and was fooled by this fraud. Then, three, it is possible that the wife was in on the ruse and helped the fake gain power. Unfortunately, there are no extant records telling us the full story of what truly happened. 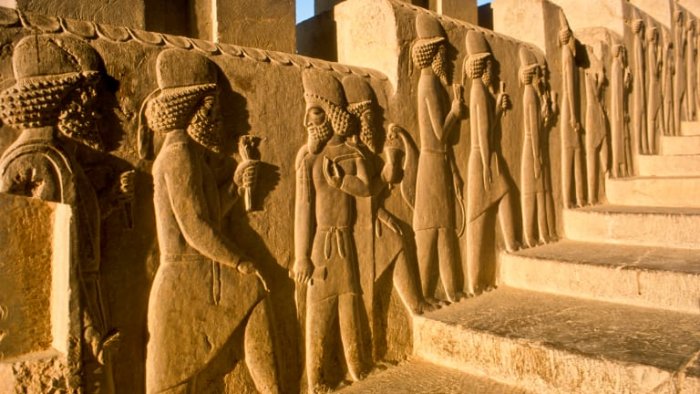 What lends credibility to the idea that it was the real Smerdis that was killed by Darius and not Cambyses is the strength Smerdis possessed. Smerdis was the only one in the kingdom who was strong enough to pull an Ethiopian bow. Did the fake Smerdis have this strength as well?

We do not know. If he didn’t then his real identity would not be that hard to uncover.

As alluded to earlier, the fake Smerdis did get to the throne. It was the unfortunate early demise of Cambyses that opened the door for the fraud to gain control of the Kingdom. But rebellion does not always equal longevity. There is always someone who is waiting in the wings holding the same ambition.

Cyrus The Great Cylinder – Legacy Of The Ancients

Life And Legacy Of Queen Tiye, Mother Of Akhenaten – Was She Egyptian Or Nubian?

In this case, it was Darius and this prince was not going to rest until he had control of the Persian empire. The real or fake Smerdis’ rule lasted but a moment in time. A few months before he was deposed and killed.

What makes this tale all the more confusing is that no one in the King’s court, no royal family member or friend, no attendant and so on, noticed that the real Smerdis disappeared.

It is possible that Cambyses had approved of the royal switch, but we cannot be sure as the extant records do not say. What does matter is that the three accounts seem to agree in all details except for the names of the Smerdis and his supposed replacement.

The False Smerdis: A Detective Story of Ancient Times: The Reconstruction by Ilya Gershevitch reviewed by Simonetta Schiena East and West Vol. 58, No. 1/4 (December 2008), pp. 87-106