Ellen Lloyd - AncientPages.com - Located at the National Museum of Scotland, the mysterious Ballachulish figure is a roughly life-sized figure of a female carved from a single piece of alder, with pebbles for eyes. At first glance the artifact does not appear to be very impressive, but the figure is over 2,500-year-old and could offer valuable insights into Scottish Iron-Age beliefs.

The Ballachulish figure is just as mysterious as fascinating. Is the enigmatic Ballachulish figure a representation of an Iron-Age goddess worshipped in the surrounding region? Was she the ancient hag goddess of winds and storm - Cailleach Bheithir?

The Discovery Of The Ballachulish Figure

The Ballachulish figure as discovered in during building work in November 1880, under deep peat. It was lying face down on the gravel of an old raised beach, around 120 meters from the shore of Loch Leven on the west coast of Scotland.

The height of the tall stick-like figure in dark alder wood, when found, was around 145 centimeters (just under 5 feet). 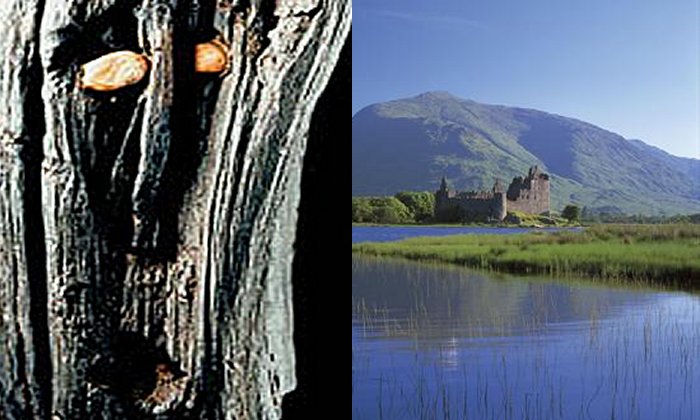 Today, the Ballachulish Figure looks very different from when it was found. There were no scientific techniques to preserve waterlogged wood in the 1880s, and although people wanted to keep the figure wet, they could not find a container large enough, so they decided to let it dry out.

It was taken to the (then-named) National Museum of Antiquities of Scotland in Edinburgh over two weeks after its discovery, and during the journey it broke at the legs. When it dried out, it warped and cracked, and a large piece broke off.

The old age of the figure makes it difficult to see all carvings, but it is definitely a depiction of a female. 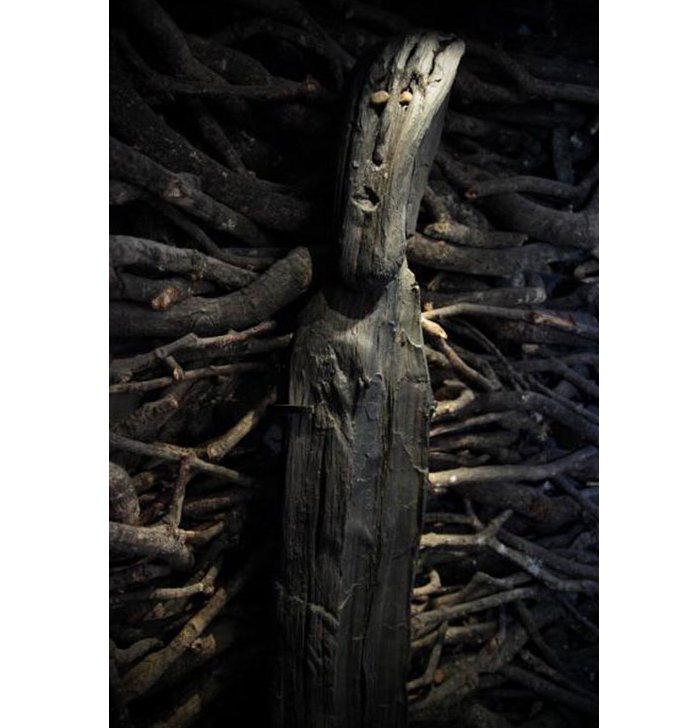 The person depicted is clutching a container of some sort, with pointed objects sticking out of its top. Her pebble eyes stare out and her mouth is slightly open. The legs end in a solid block of wood, with a rectangular hollow carved into its front. 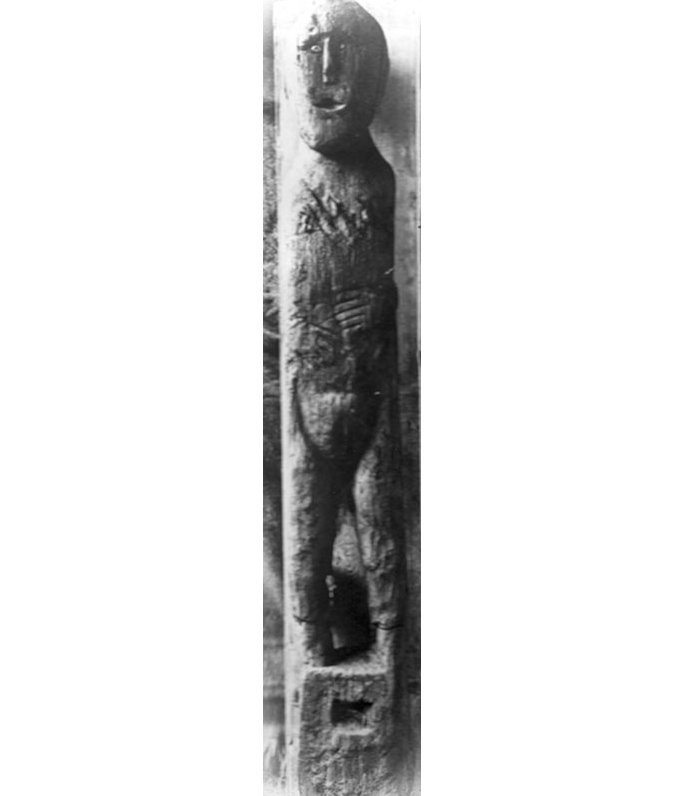 Archaeologists have suggested the Ballachulish figure had originally stood on the raised beach, and had fallen over. It is also possible that she had been deliberately toppled over – before the peat formed. Under and above the figure were found intertwined branches and twigs, with a few straighter poles. These could be from a wickerwork container, or a little shrine surrounding the figure.

Was The Ballachulish Figure An Ancient Scottish Goddess?

The true identity of the Ballachulish figure remains a mystery. Was she perhaps an ancient Scottish goddess? Was she a girl someone made a depiction of? 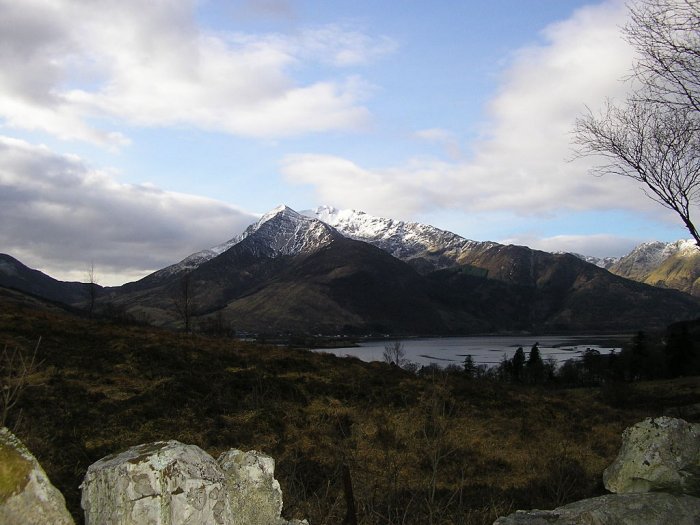 Interestingly, the nearby mountain called Beinn a’ Bheithir, or ‘hill of the thunderbolt’, is said to be named after the Cailleach Bheithir - an ancient hag goddess of winds and storms. Could the Ballachulish Figure be one of her earlier representations?

The Legend Of Cailleach Bheithir

The village of Lochawe lies at the end of Loch Awe approximately 3 miles west of Dalmally. Here we come across an ancient legend that tells of the creation of  and the coming of Cailleach Bheithir, the dreadful winter hag of death. It's said that a mystic well or spring of youth was once situated on the slopes of Ben Cruachan. This was used by the goddess Bheithir to maintain her beauty, and every evening she visited the well and bathed in its enchanted waters.

However one night she was distracted and forgot to replace the capstone on the spring. As she slept the waters continued to run until they had drained away completely, losing their potency as they were exposed to the air. The once magical waters ran down the mountainside and flooded the valley below - creating the waters of Loch Awe. 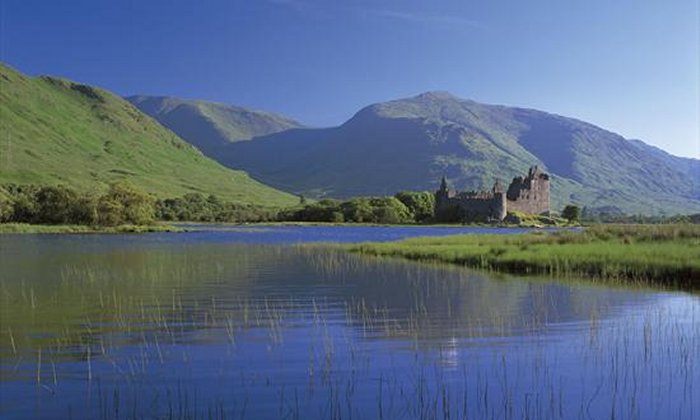 There are two stories of what happened then. According to one account, Bheithir was unable to retain her youth yet remained immortal and aged rapidly. Another tells the other gods decided to punish her for her carelessness. Either way, she went from beautiful goddess to wizened and ancient hag. She retreated to the mountains where she screams in anger at the loss of her youth. Her cries frequently presage misfortune and she became known as Cailleach Bheithir the icy hag of winter and darkness.

Some say her cries can still be heard to this day.

Mystery Of The Beautiful Viking Uig Chessmen Found On The Isle Of Lewis, Scotland

The Ballachulish figure is unique to Scotland, but many wooden figures dating to the Bronze and Iron Ages have been discovered in Britain, Ireland and the Continent. These artifacts are often are found in special places – beside a spring, or where a trackway crosses the wetland – and they are thought to represent supernatural beings.

Ballachulish is a special place too. The figure would have overlooked the dangerous straits linking Loch Leven with the sea. Perhaps this odd-looking figure represented the goddess of the straits, to whom prehistoric travelers would need to make an offering if they wanted to be sure of a safe crossing. Or maybe she was really Cailleach Bheithir, the ancient hag goddess of winds and storms. We may never know. The enigmatic Ballachulish figure is kept at the National Museum of Scotland and her secrets have been lost in the mists of time.