AncientPages.com - By studying DNA there is a lot to be learned about the history of ancient people. A new intriguing DNA study reveals unexpected details about the peopling of Central and South America. Scientists have discovered unknown genetic exchanges between North and South America. This information could give us better insight into how and when ancient people spread across the continents. 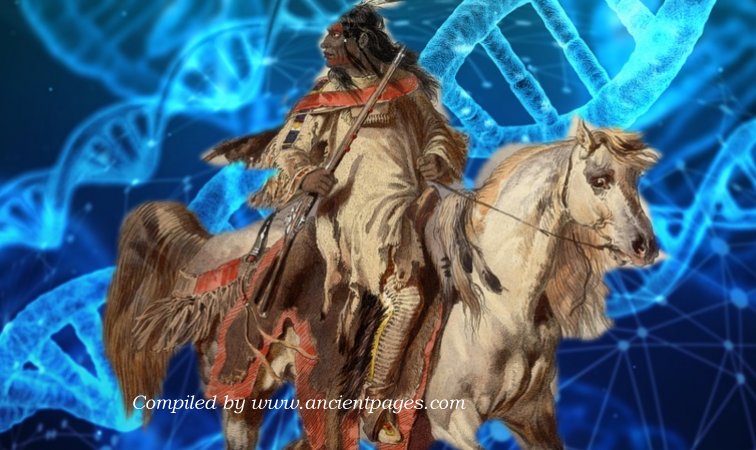 An international team of researchers has now presented results suggesting that the  people who spread the Clovis culture, the first widespread archaeological culture of North America, had a major demographic impact further south than previously appreciated.

The authors analyzed genome-wide data from 49 individuals from Central and South America, some as old as 11,000 years. Previously, the only genomes that had been reported from this region and that provided sufficient quality data to analyze were less than 1,000 years old.

By comparing ancient and modern genomes from the Americas and other parts of the globe, the researchers were able to obtain qualitatively new insights into the early history of Central and South America.

The researchers obtained official permits to excavate and conduct analysis on ancient human remains and consulted with local governmental agencies and indigenous communities.

Clovis Link in The Oldest Central And South Americans

A distinctive DNA type associated with the Clovis culture was found in Chile, Brazil and Belize 11,000 to 9,000 years ago.

"A key discovery was that a Clovis culture-associated individual from North America dating to around 12,800 years ago shares distinctive ancestry with the oldest Chilean, Brazilian and Belizean individuals," said co-lead author Cosimo Posth of the Max Planck Institute for the Science of Human History.

"This supports the hypothesis that the expansion of people who spread the Clovis culture in North America also reached Central and South America."

However, the Clovis culture-associated lineage is missing in present-day South Americans and in ancient samples that are less than 9,000 years old.

"This is our second key discovery," said co-senior author David Reich, professor of genetics at Harvard Medical School and a Howard Hughes Medical Institute investigator. "We have shown that there was a continent-wide population replacement that began at least 9,000 years ago."

After the population replacement, there was striking genetic continuity between ancient individuals dating to up to 9,000 years ago and modern people from multiple South American regions. This contrasts with West Eurasia and Africa, where there are few places with such long-standing continuity.

The second previously unknown spread of people revealed itself in an analysis showing that ancient Californians from the Channel Islands have a distinctive shared ancestry with groups that became widespread in the southern Peruvian Andes by at least 4,200 years ago. 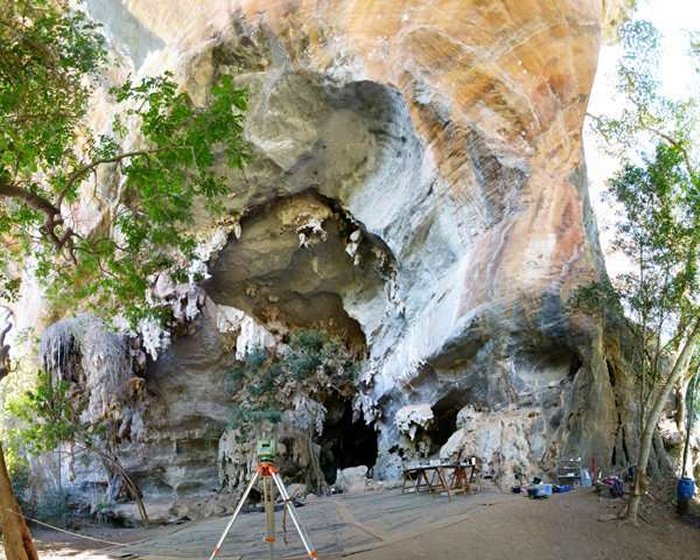 The exterior of the rock shelter site of Lapa do Santo in Brazil. Credit: André Strauss

The researchers say this is unlikely to reflect population spread specifically from the Channel Islands into South America. Instead, they hypothesize that the connection between these regions is the result of expansions of people that occurred thousands of years earlier, and that such ancestry became more widespread in the Andes after subsequent events within South America.

"It could be that this ancestry arrived in South America thousands of years before and we simply don't have earlier individuals showing it," said Nathan Nakatsuka, a research assistant in the Reich lab at Harvard Medical School and co-lead author of the study. "There is archaeological evidence that the population in the Central Andes area greatly expanded after around 5,000 years ago. Spreads of particular subgroups during these events may be why we detect this ancestry afterward."

The Promise Of Ancient DNA Research In The Americas

The researchers emphasize that their study gives only a glimpse of the discoveries that may come through future work. 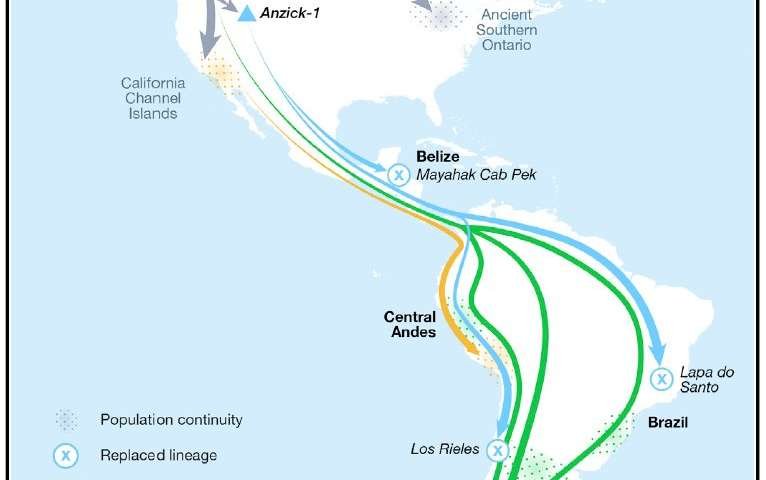 This visual abstract depicts the findings of Posth et al., who conducted a large-scale analysis of ancient genomes from Central and South America yields insights into the peopling of the Americas, including four southward migration events and notable population continuity in much of South America after arrival. Credit: Posth et al./Cell

To learn about the initial movements of people into Central and South America, they say, it would be necessary to obtain ancient DNA from individuals dating to before 11,000 years ago.

Even for the period between 11,000 and 3,000 years ago that this study focused on, the picture is far from complete.

"We lacked ancient data from Amazonia, northern South America and the Caribbean, and thus cannot determine how individuals in these regions relate to the ones we analyzed," said Reich. "Filling in these gaps should be a priority for future work."

"We are excited about the potential of research in this area," said co-senior author Johannes Krause of the Max Planck Institute for the Science of Human History. "With future regionally-focused studies with large sample sizes, we could realize the potential of ancient DNA to reveal how the human diversity of this region came to be the way it is today."