One of the inscriptions credits the creator God Atum as being responsible for the flood of the Nile, likely dating to the Late Period (664-332 BC), according to Ahram Online. 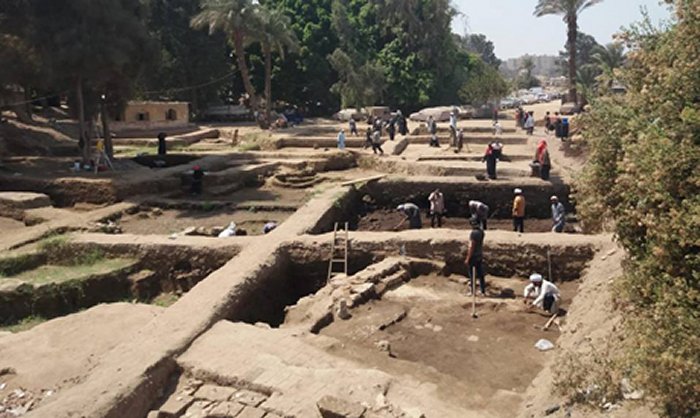 Some of the fragments date back to the 12th and 20th dynasties and the Third Intermediate Period of Ancient Egypt. Some others are more recent.

The discovery was made during excavation work carried out on debris piles located near a limestone burning installation near 4th and 2nd century workshops in the south-eastern section of the innermost enclosure of the Sun Temple.

Archaeologists found a mud brick enclosure and a limestone staircase leading to a higher level by passing a channel with a false door, which was probably connected to rituals that took place in the innermost section of the temple at the obelisk, according to Dietrich Raue of the University of Lepipzig, Germany, the head of the German team. 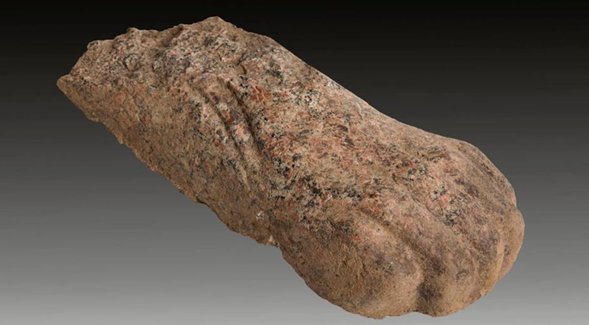 Ayman Ashmawy, the head of the Ancient Egyptian Antiquities Department at the Ministry of Antiquities and the head of the Egyptian team, also said that the team found evidence of the reusing of the main temple of Heliopolis, with fragments of small statues found in the temple inventory from other historical periods. 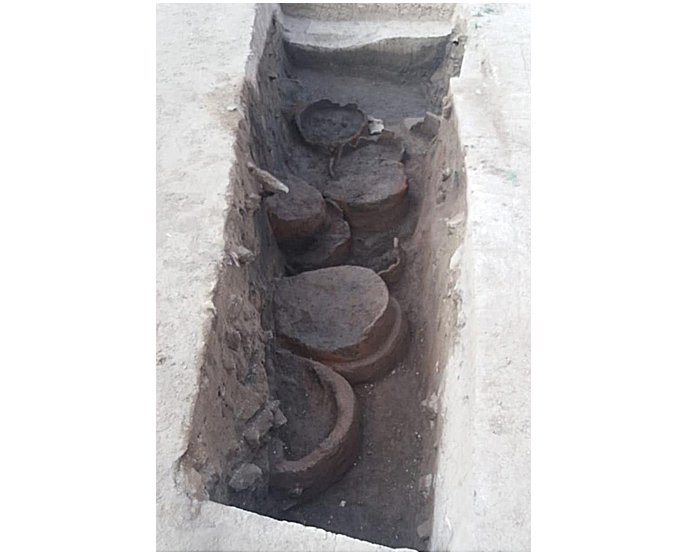 Raue informed that an inscription crediting the creator God Atum as being responsible for the flood of the Nile was also found. The inscription likely dates to the Late Period (664-332 BC). Many of these structures bear traces of reuse and destruction by fire.

The open-air museum houses basalt reliefs and reliefs of the Heliopolis temple for Atum of Nektanebu I, limestone reliefs and inscriptions from the Ramesside era, as well as selected finds from the necropolis of Heliopolis.

Matariya was once part of the ancient city of Heliopolis.