A. Sutherland - AncientPages.com - Millennia ago, unknown Neolithic builders erected gigantic stone blocks on coastlines ranging from the Orkney Islands to far away in Jordan.

Examples of megaliths are to be found in almost all western European countries, an in addition in Africa, Spain, Palestine, on the northern shore of the Black Sea, in the Arabian Peninsula and finally even in Tibet. 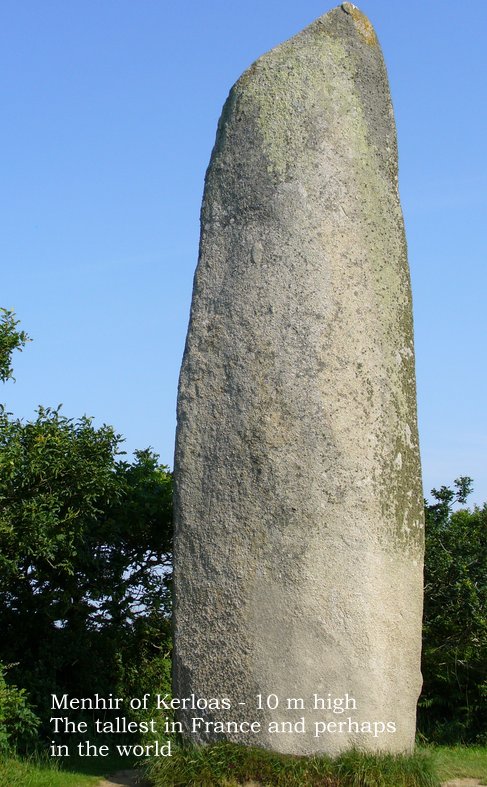 Was this a coincidence that this almost worldwide megalithic project started and completed in a distant past? Why were they set up at that time? Where was the cradle of the culture that made this project successful?

Local tradition claims that the reason they stones in such perfectly arranged straight lines
is that they are a Roman legion turned to stone by Merlin. Naturally, Brittany has its own
local versions of the Arthurian cycle.

The precise date of the stones is difficult to ascertain because very little dateable material has been found beneath them. Therefore, the site's main phase of activity is commonly attributed to about 3300 BC.

Carnac - with over 100 monuments, which include burial mounds, stone tombs, enclosures, and linear arrangements of menhir - is the site of the largest concentration of megalithic monuments in the world. 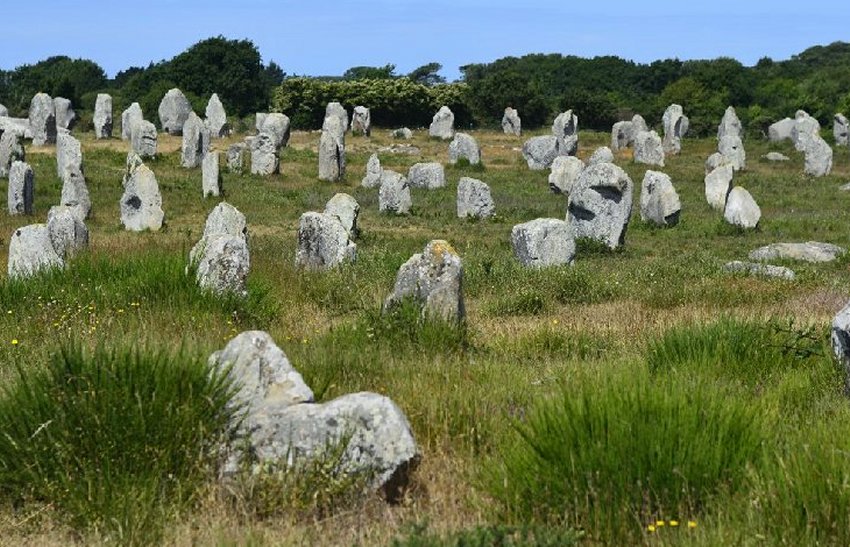 Carnac - with over 100 monuments, which include burial mounds, stone tombs, enclosures, and linear arrangements of menhir- is the site of the largest concentration of megalithic monuments in the world.

Many believe they have an astronomical function as a marker or foresight. Others think, it's an enormous cemetery, because passage graves are found here. Other researchers believe that the graves are all of a much more recent date than millennia old menhirs. 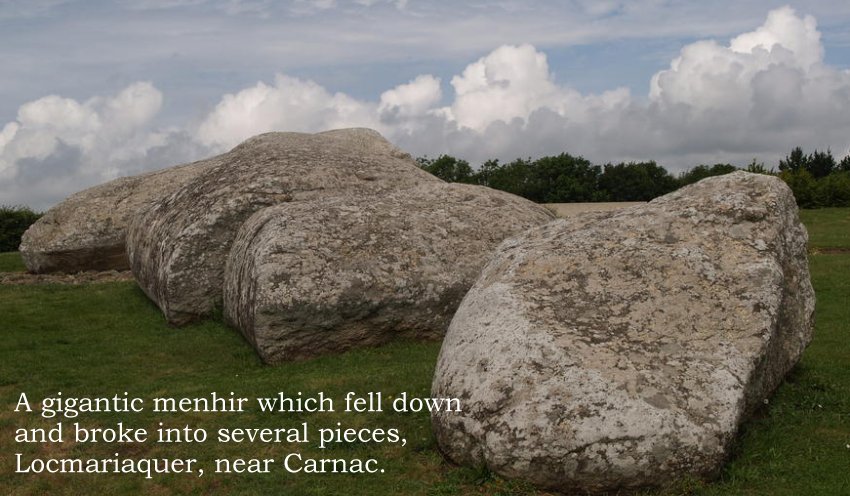 Carnac consists of more than 3,000 megaliths - up to 13 feet (4m) in height in different circuits, groups and a large number of independent stones. The different locations are more or less aligned in the Northeast / Southwest direction. The stones are cut out of a local quarry about three kilometers from the sites and dragged to the site.

All of these stone settlements were built in Neolithic times, probably between 4500 and 2500 BC. They are linked with pre-Celtic people who lived in the area. The function of the various stone sets is unclear, possibly based on astronomical calculations and having a religious significance. [ 2 ] In many cases there are signs of vandalization in early Christian times, for example, rocks have been used to build churches .

Now, prehistoric monument of Carnac covers approximately 2 miles (3km) along the French North Atlantic coastline, but originally it stretched even up to 5 miles (8km).

An unknown culture, long time ago, toward the end of the Neolithic period, erected Carnac monuments and did it for a purpose. They were neither Romans nor the Gauls nor the Celts. 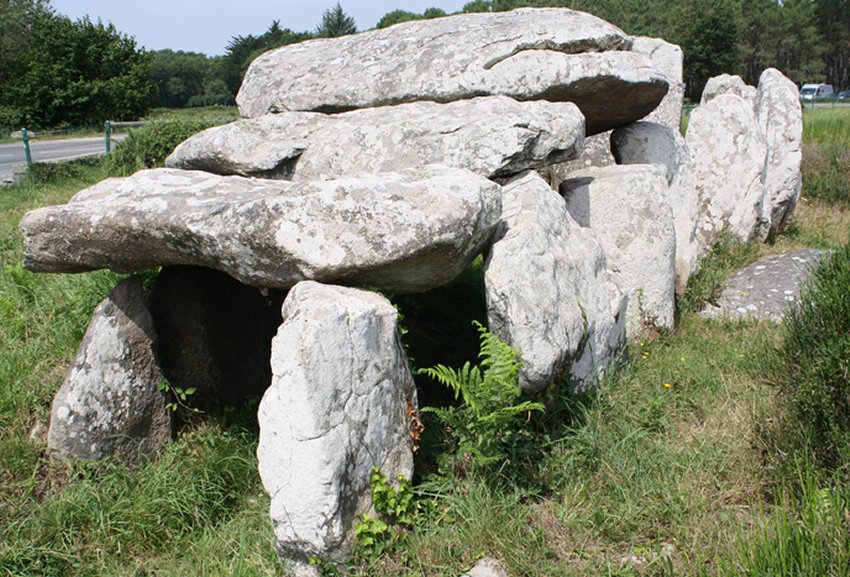 Will we ever know who they were? Nearly all the stones stand near the sea, so researchers made assumptions that those who set up the stone alleys of Carnac were seafaring people.

According to research done by Elizabeth Shee, the English archaeologist, the oldest passage graves in Britany are almost one thousand years older than those erected in Portugal, for example.

Could the famous rows of stones of Carnac be the earliest megalithic monuments in all countries of Europe having an Atlantic coastline?

What we know with certainty about the mysterious builders of Carnac, is that they possessed a highly developed social structure and the stones provide evidence for advanced levels of organizational and technical achievement.

For example, at Locmariaquer, near Carnac, the menhir which fell down and broke into several pieces, weighs 347 tons, exactly 40 tons more than a completely filled Boeing Jumbo Jet. 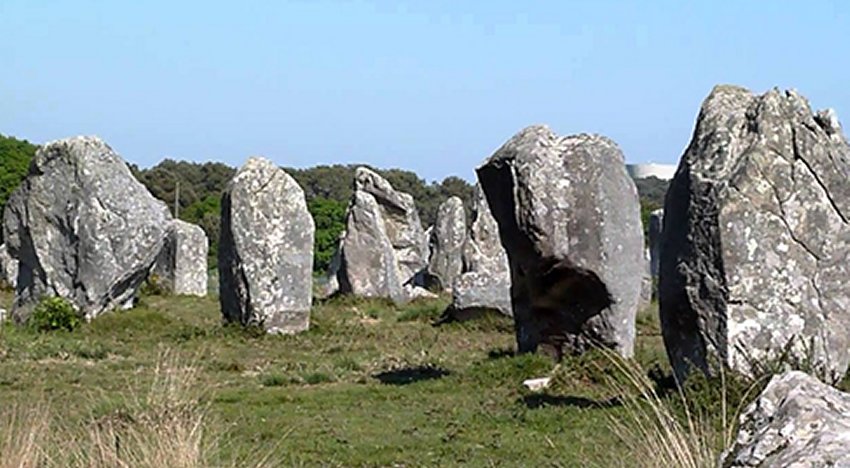 It was 20.3 meters tall, taller in fact than a six-storey house. The Men-er-H-roek menhir is among the largest individual standing monuments. In 1700, it was struck by lightning and now lies broken on the ground.

Before this incident, this anonymous work of the ancients was a a centuries-old landmark for sailors.
With a height of 9.5 meters, the menhir of Kerloas near Plouharnel is the tallest still standing megalithic column in Bretagne. A few centuries ago the top was destroyed in a thunder storm: originally it must have been over 10 meters high. It weighs more than 150 tons.

According to ancient evidence, the builders transported it for at least 2.5 kilometers before they stood it up.

How they quarried such a stone and transported it to the site and then, set it in place - remains an unsolved mystery. However, the question of transporting these gigantic stones is not the only mystery puzzling scholars. The crucial question is the one we mentioned earlier: What was the origin of the megalithic builders?

Samuel Lewis, Guide to the menhirs and other megaliths of Central Brittany

Ward G. The Rough Guide to Brittany and Normandy