AncientPages.com - Burial chambers that belonged to the two Middle Kingdom elites (Remochetni and Baqet II) have been uncovered during cleaning works inside their tombs in Beni Hassan Necropolis in El-Minya Governorate.

The working team of Egyptian-Australian archaeologists from Macquarie University, led by Dr. Naguib Kanawati, have excavated and studied the site since 2009, informed Dr. Mostafa Waziri General Secretary of the Supreme Council of Antiquities. 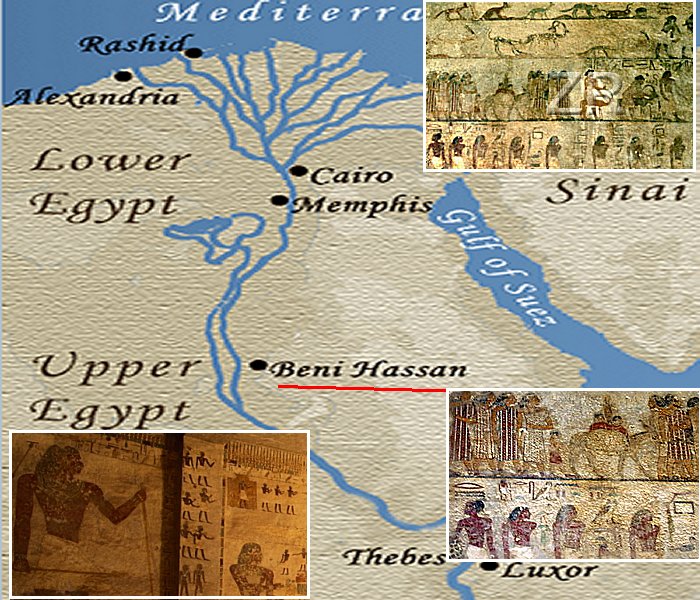 The burial chambers were revealed during the last week of its current archaeological season.

“The burial shaft of the Remochetni tomb is 17.5 meters deep and leads to a chamber with a second burial shaft 3 meters deep that slopes downward to reach the tomb’s main burial chamber,” said Ayman Ashmawi, head of the Ancient Egyptian Antiquities sector.

Rock-Cut Tombs Of Beni Hasan With Spells, Prayers To Osiris And Anubis And Map To Underworld

It is an empty chamber with a rectangular shaped pit, which was most probably used to erect the sarcophagus. 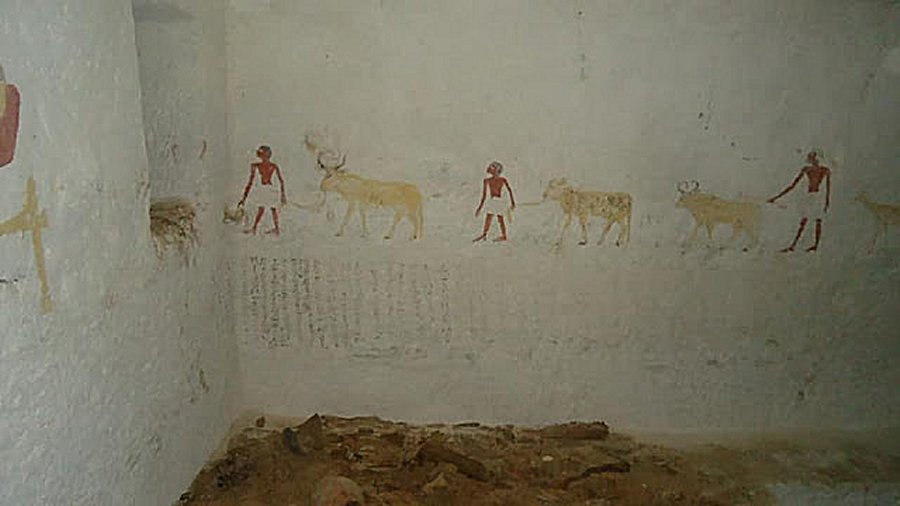 The paintings depicted on the walls are dedicated to Baqet II. Image credit: Ancient Egyptian Antiquities

However, this sarcophagus was likely removed by British Egyptologist “Percy E. Newberry” who worked in Beni Hassan during the end of the 19th century.

Further, Dr. Ashmawi informed that the burial chamber has two small side chambers at its eastern and western corners and they house a number of food containers made of clay.

Additionally, archaeologists have found the top edge of Baqet II’s burial chamber along with other sided chambers representing the same architectural design as the burial chambers found in Remochenti tomb. 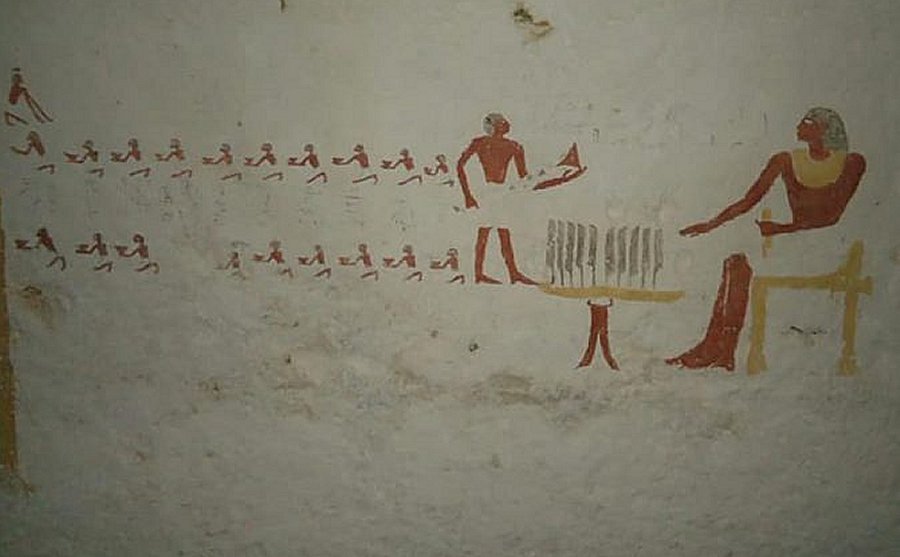 The paintings depicted on the walls are dedicated to Baqet II. Image credit: Ancient Egyptian Antiquities

The discoveries also include wall paintings on the walls depicting colored scenes in a good condition of preservation as well as a number of pottery vessels.

The rock-cut tombs of Beni Hasan, an ancient Egyptian cemetery, , were mainly used during the Middle Kingdom, from 21st to 17th century BC.

They were constructed for many powerful nobles and provincial governors of the 11th and 12thdynasties (2125-1795 BC). During the reign of Sesostris III, many local workers decorated them but later, when Sesostris III’s power was largely reduced, this burial tradition ceased

There are 39 tombs carved into the limestone hillside, south of the modern town of Minya on the east side of the Nile in Middle Egypt. Many have rich interior paintings, depicting scenes from everyday life: most of them were robbed many times in antiquity.

Excavations will continue in January 2019.