A. Sutherland - AncientPages.com - In Greek mythology, Hephaestus was the god of fire, divine blacksmith, inventor and patron of crafts. He was often depicted with blacksmiths’ attributes such as a sword, a hammer or pincers. The cult of Hephaestus was based in Lemnos, a Greek island in the northern part of the Aegean Sea.

In Roman mythology, he is Vulcan, and he has also his counterparts in Svarog, the Slavic god of celestial fire and patron of blacksmiths, He can also be compared to Wayland the Smith, widely known in Scandinavian, German, and Anglo-Saxon legends. As Hephaestus also Wayland was hurt badly so he was unable to walk.

His supernatural skills and deep devotion to blacksmithing, helped him make weapons, which “no blow could break”, many ornaments of gold and silver and other magical items.

Hephaestos Was Lame And Had A Sad Childhood

It is known, however, that his life from the beginning was hard. It is unclear whether Hephaestus was born lame or whether he was lamed. No one was interested to celebrate the birth of Hephaestus, even his own mother, Hera, who was a pre-Greek deity, the earth goddess of Argos, the sister-wife of Zeus.

Hera, had awaited Hephaestus - child impatiently, hoping to see a beautiful and gifted child that it would make her husband Zeus forget all his consorts and children he had with them. It should be mentioned that various ancient authors were uncertain whether Zeus really was the father of Hephaestus. Many ancient literary sources mention that Hera gave birth to Hephaestus on her own.

Though the identity of Hephaestus’ parents is still a topic of discussion, most myths reveal this powerful blacksmith was credited with a number of incredible inventions.

According to one version of the story, when the baby was born, Hera was shocked because the child was very ugly. She knew that such an ugly child would be more trouble for her than happiness so she threw him from the residence of the gods, Mount Olympus to Earth. The boy survived this fall because he was immortal, and was found by Eurynome, one of the three thousand daughters of Okeanos and the Nereid Thetis. 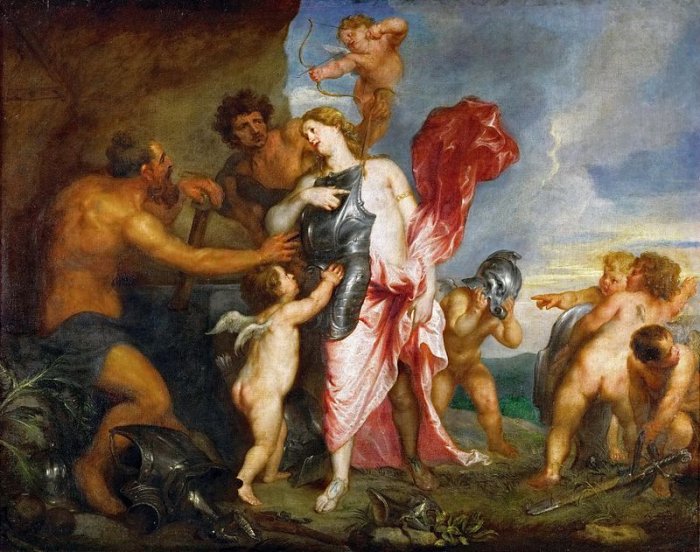 The goddesses nursed the young god but unfortunately, the terrible fall had injured his legs and left him lame for the rest of his life. Raised by Eurynome and Thetis in secret, Hephaestus lived for nine years hidden away beneath the waters, and spent his time perfecting his tools and creating amazingly ingenious objects for the sea-nymphs, the only friends, he had. He loved his work and blacksmithing, which were his great passion from a very young age, but he was also a vulnerable, angry, young man with personal feelings. He knew he was rejected from Olympus.

Wayland The Smith: Legendary Master Blacksmith And Lord Of The Elves

Certainly, no one was waiting for him there, but he decided to return to rejoin his mother and take his rightful place among the Olympian gods.

Palace And Workshop Of Hephaestus

One day, his mother Hera saw the goddess Thetis wearing a beautiful necklace and she learned it was made by Hephaestus. She brought her earlier rejected son to Mount Olympus and arranged for him a palace and a workshop.

“His palace was said to have shone as brilliantly as the stars. Inside the palace was his workshop, where he made exquisite items for both humans and his fellow gods…” (Walsh Nicos, Greek Mythology).

Hephaestus was still not treated as an equal and his brothers and sisters looked down at him because he was a crippled god. It took a long time before Hephaestus was finally recognized for his great talent and given an honored place in the family. 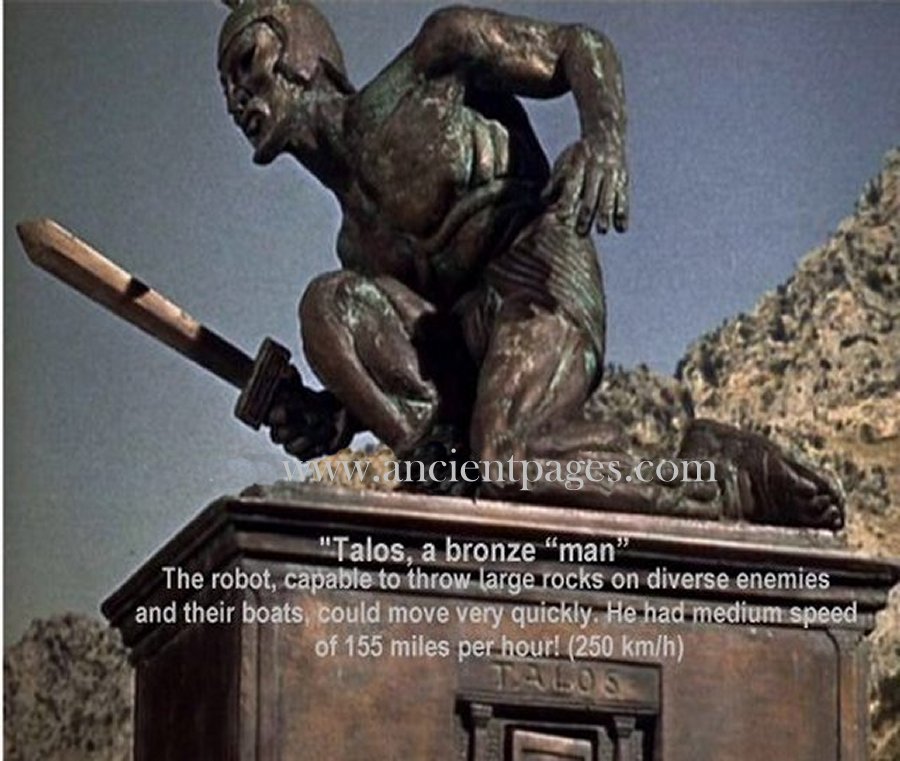 In later versions of Hephaestus’ myth, it is said his own workspace, was located within Mount Aetna in Sicily. Many believed that when the volcanoes of Sicily and Lemnos showed signs of activity, it was because Hephaestus was busy with forging and this is also the reason why Hephaestus, was also considered the god of volcanoes.

Some myths say that the Cyclopes, great forgers themselves, worked as Hephaestus’ assistants in his volcanic workshops.

In our earlier article, we wrote that “Talos" was the first ancient Greek robot. This fully operational machine was constructed by Hephaestus who invented diverse automated devices, delicate jewelry, household machines and developed techniques comparable to our modern technological achievements.

Among his many achievements were, for example, Zeus’ thunderbolts, Eros's arrows, Achilles’ shield described in Homer’s “Iliad” and a “magical” helmet, so-called Hades’ cap of invisibility and he even fashioned the first woman from clay.

Sears K. From Gods and Goddesses to Monsters And Mortals