We might think of state supported health care as an innovation of the 20th century, but it’s a much older tradition than that. 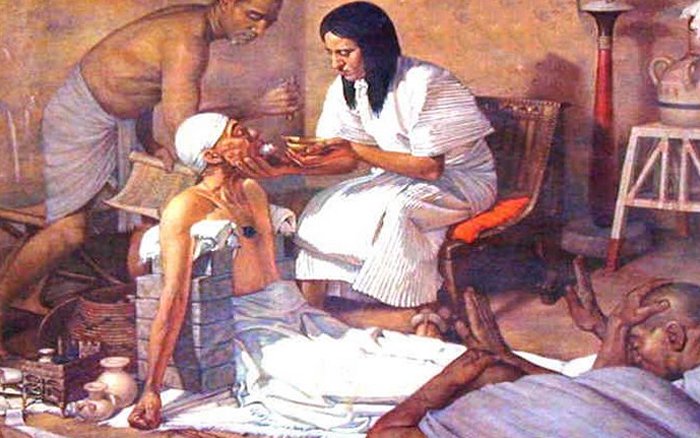 Texts and physical remains discovered in a village dating back to Egypt’s New Kingdom period, about 3,100-3,600 years ago, suggest that in ancient Egypt there was a state-supported health care system designed to ensure that workers making the king’s tomb were productive.

Among these texts are numerous daily records detailing when and why individual workmen were absent from work. Nearly one-third of these absences occur when a workman was too sick to work. Yet, monthly ration distributions from Deir el-Medina are consistent enough to indicate that these workmen were paid even if they were out sick for several days.

In addition, the Egyptian state paid them monthly wages in the form of grain and provided them with housing and servants to assist with tasks like washing laundry, grinding grain and porting water.

Their families lived with them in the village, and their wives and children could also benefit from these provisions from the state.

The College of New Jersey