A. Sutherland - AncientPages.com - On the Peruvian coast, the natives worshiped a fish god named Pachacamac (or Pacha Kamaq) - "The One Who Generates (or animates) the World". It was Pachacamac who created the world and all the creatures that inhabit it. According to Inca mythology, Pachacamac was the god of fire and earthquakes and the child of the sun.

Pacha means "Earth" and Camac means "creator" was originally worshipped by a group of Indian peoples of the coast of Peru (Yuncas) and later adopted by the Incan Empire. 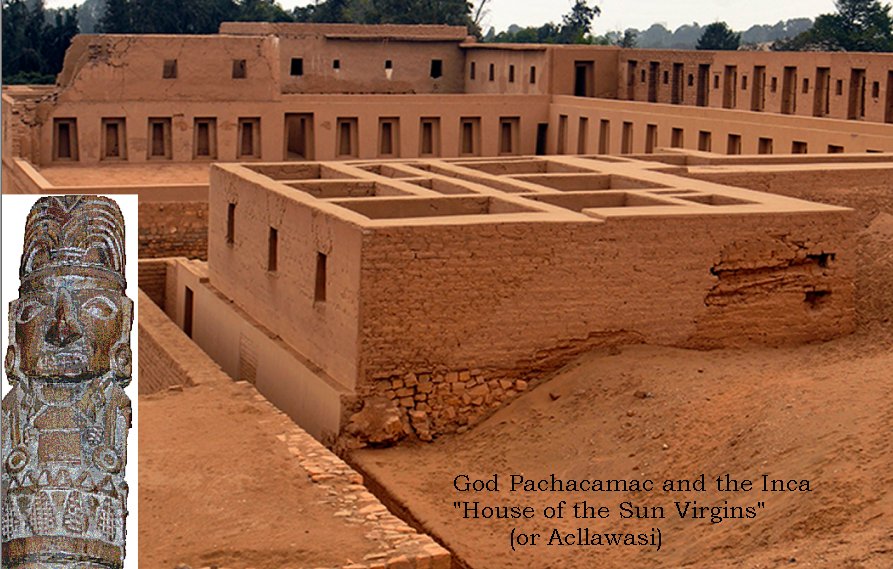 Thus, the name of this god appeared in the title of several rulers and the site, Pachacamac, was the most important religious center in pre-Hispanic times and was worshiped by the people who lived in this part of Peru. The Inca took him into their pantheon, however, he was never as important as Viracocha, who was seen as being more powerful.

The site of this god was Pachacamac, which is now an archaeological complex of ruins, is situated about 40 km south-east of Peru's capital Lima.

Many architectural remains of this pre-Inca complex include dwellings, 17 mud-brick pyramid-shaped temples, a graveyard, frescoes decorating the adobe walls and several other structures created by different cultures related to the area. Most of the historical objects at the site are from the time before the Europeans appeared in Peru. 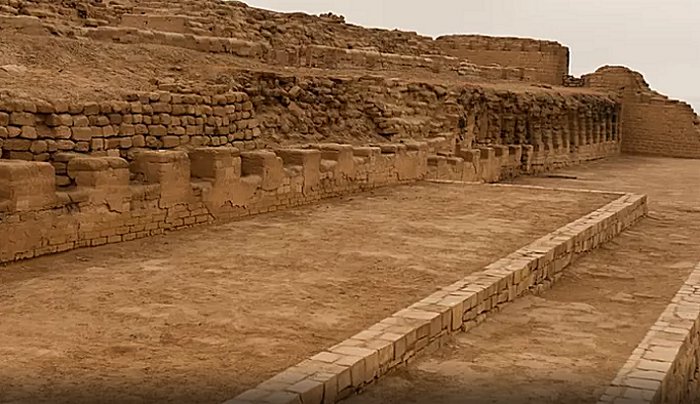 Based on ancient records, the first settlements at the site date back to 200 BC but the ceremonial center flourished much later during the period of the Lima culture (1300 AD. to 1400 AD).

It is known that the great Ceremonial Center devoted to Pachacamac included several temples, roads, and the so-called Painted Temple with numerous designs of fish, plants, men, and plants in red, yellow, green and black mural paintings. The structures were established by the Ichma culture that was indigenous to the region and flourished on the central coast of Peru in the Lurin Valley around 1000 AD and later spread to the Rimac Valley.

When the Inca civilization began to spread, the Ichma disappeared. 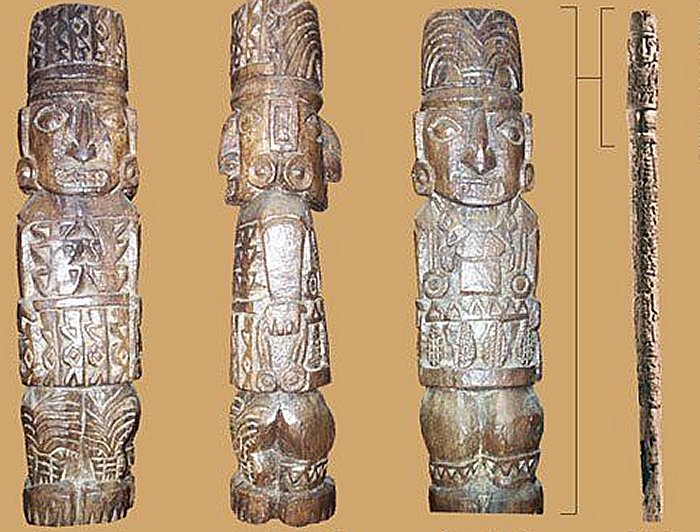 Statues of Pachacamac, this god was worshiped by the Ichma culture.  Image credit: limaeasy.com

The site is believed to have been the most important pre-Hispanic religious center and as Miguel de Estete, Spanish chronicler reported in 1533, Pachacamac was visited by pilgrims coming even from the Ecuadorian coast with silver, gold, and other offerings.

Today, the ceremonial center of Pachacamac has a museum that stores a large number of artifacts linked to the Wari, Lima, Ichma, and Inca cultures.

Archaeological excavations have revealed a large cemetery with several mummies and many still remain hidden under the sand and behind the cemetery. There are structures such as ‘Painted Temple’ (or ‘Templo Pintado’) and the temple of the god Pachacamac, where archaeologists also found a wooden figurine depicting the god, Pachacamac, one of the most widely known artifacts.

The Moon Temple (Mamaconas) and the House of the Sun Virgins (Acllawasi) a place where almost 200 "chosen ones" lived and dedicated their lives to the cult of the Sun and of the Inca. The most spectacular ruins are those of the Temple of the Sun, built by an estimated 50 million clay tiles. 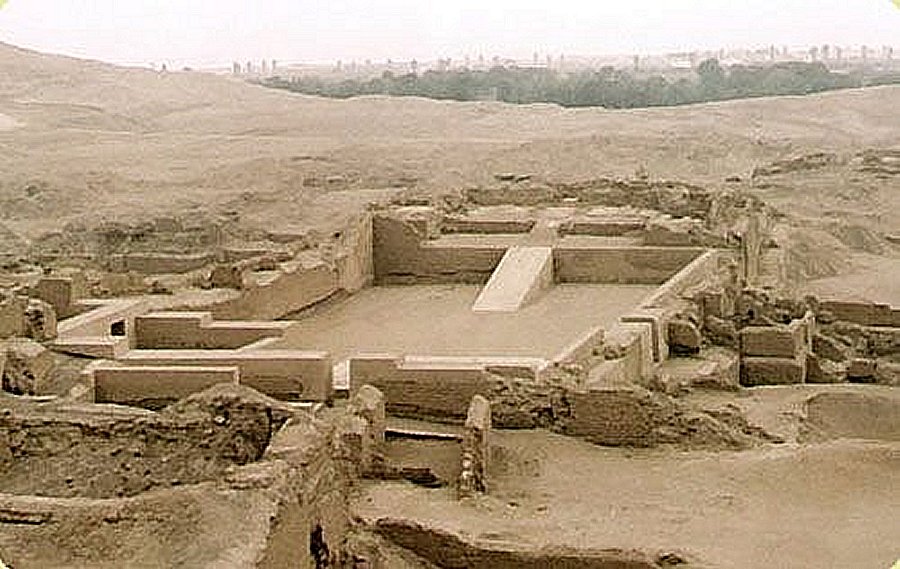 Ruins at the Archaeological Complex of Pachacamac in Lima. Image credit: LimaEasy

Ancient sources indicate the original pre-Hispanic ancient temple of Pachacamac faced the northwest side of the coast and had terraced sides.  Many decorated rooms were ready for the reception of distinguished guests and they were also used for the preparation of ritual sacrifices.

Only priests, pilgrims, and noblemen could reach the temple’s shrine, but first, they had to fast for twenty days. Above the inner shrine stood a pyramid decorated at the top with the wooden figurine of Pachacamac. No-one, except the priest, were able to approach the so-called oracular chamber for consulting the oracle in important matters. However, also the priests were forbidden to look directly at the figure of the god, hidden behind a textile hanging before it.

He was the only individual who had the privilege of seeing simultaneously in the opposite direction.

The buildings of Pachacamac witnessed the rise and fall of several different cultures with one most important and common belief in the highest god, Pachacamac. The structures demonstrate mastery of complex architectural techniques of the ancient people.