AncientPages.com - The Roman garden culture was significantly developed after 60 BC. Roman gardens were influenced by Egyptian, Persian, and Greek gardening techniques.

Each area in the garden had its special function. The owner could use his garden’s shaded path (gestation) to ride horseback or be carried by slaves. 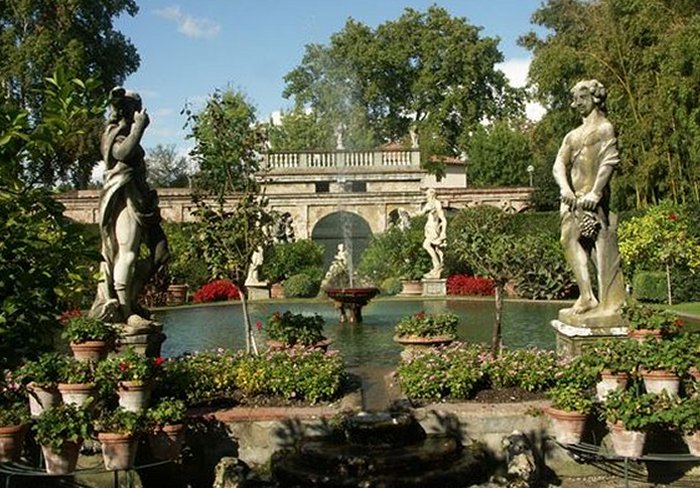 The large gardens in the city's edge were extensive parks with pavilions, statues and spring water. Source

The gardens gave flowers for wreaths that were used at parades and religious festivals in ancient Rome.
Most gardens had a pergola, a shaded walkway, passageway, or sitting area surrounded by vertical pillars covered with growing vines.

While in China pergolas were built to provide shade in temples and living spaces, in ancient Egypt they were used to provide both shade and to house figs and grapes.

The Romans used pergolas for growing vines, which were often seen climbing many pergolas and providing a green shade especially during a romantic meal for two or a larger family.

A large and lush garden gave status and prestige to the Romans. In the shady environment, the master of the house could relax or have guests, while slaves did the hard work of cultivating the soil and taking care flowers (usually roses, violets, and oleanders) and tall trees along with a variety of dwarf trees. 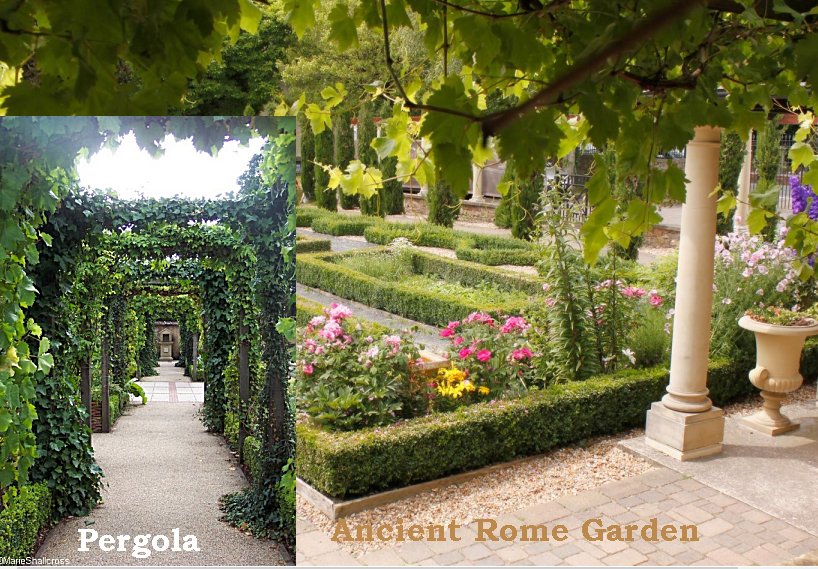 The large gardens in the city's edge were extensive parks with pavilions, statues and spring water. Some even had their own zoo. Rare plants housed during travel or field trains gave special status. The garden was not only used to boast. Archaeological finds show that the Romans both ate and worked in it. The women used to weave outdoors in the shade of the trees.

First Pay Toilets Were Invented In Ancient Rome In 74 A.D.

Families who had houses built on small pieces of land, usually could set up miniature gardens or satisfied themselves with beautiful murals, which gave the illusion of that the house was surrounded by a lush pond.

The peasants of medieval Europe considered their gardens an important source of food and herbs to cure all sorts of diseases. In the upper class, however, the garden became a fashion phenomenon during the late Middle Ages.

Garden played an important role in people’s daily life; rich people discussed all the new tricks and tips to drive out the best vegetables and the trees that gave the most fruit.

Pliny (AD 23–79), a Roman author, naturalist and natural philosopher, wrote that his villa at Laurentum, on the west coast of the Italian Peninsula southwest of Rome, had only one wide path that circled around a central bed, while his stadium garden in Tuscany had several different paths. (Pliny Epistulae 2).