Ellen Lloyd - AncientPages.com - Vikings were famous for their raids and conquests of new lands, but they had also other ‘talents’. The Norse warriors were cunning businessmen who were not always completely honest.

Actually, Vikings managed to fool Europeans with their unicorn bluff for hundreds of years. 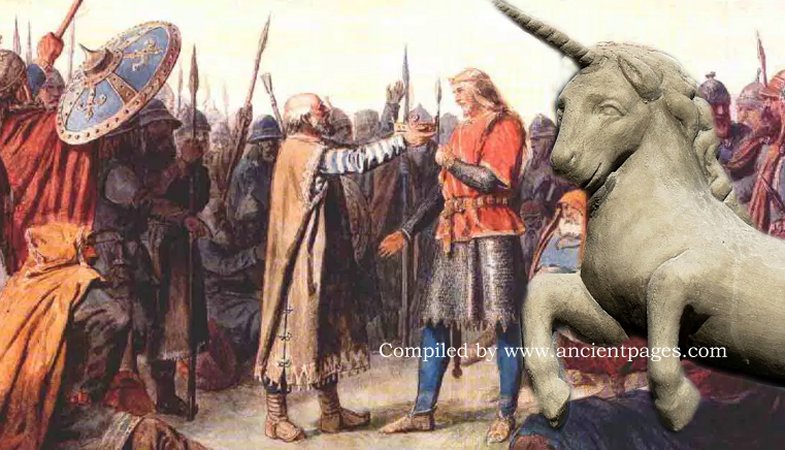 When famous Viking Erik the Red and his men colonized Greenland, they encountered the narwhal, a medium-sized toothed whale that possesses a large "tusk" from a protruding canine tooth.

The tooth reminded of an alicorn, a horn of a unicorn, a mythical animal described in myths, legends and mentioned in the Hebrew Bible as a re'em or ox. During the Middle Ages most people believed in the existence of the unicorn in Western Europe. People were convinced that the horn of the unicorn possessed many healing properties and could be used as medicine to treat poison.

How the Vikings’ came with the idea to start selling a narwhal’s tooth as a unicorn horn, is unknown, but they sold it to very high prices to many merchants and princes throughout Europe. 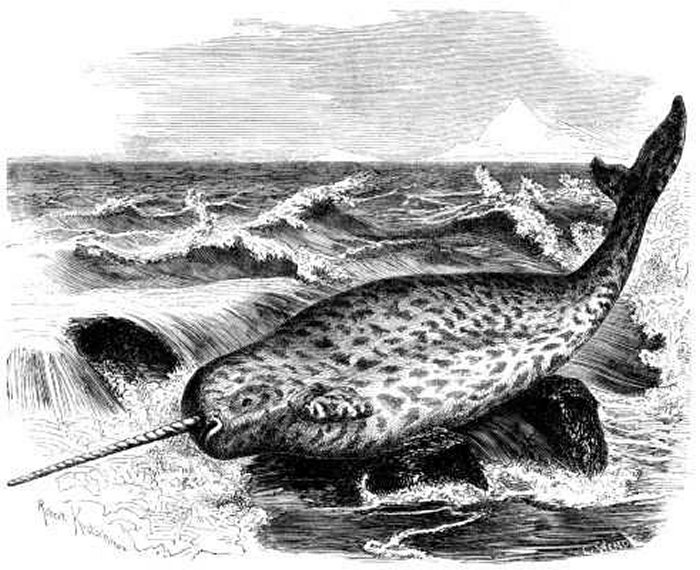 It was a bluff and the Vikings knew it of course, but this didn’t prevent them form earning money. They had the advantage that their secret was safe because no-one, expect the Vikings themselves had seen a narwhal on Greenland.

For 500 years no travelers reached Greenland and the Vikings could keep their secret and continue selling their faked unicorn horn”.

In 1577, British seaman and privateer Sir Martin Frobisher (1535-1594) reached the Christopher Hall Island, a Baffin Island located in the Canadian Arctic Archipelago in the territory of Nunavut. There, he and his men discovered a dead narwhal on the beach. They had never seen this kind of animal before, but its horn looked familiar and they gave the animal the name sea-unicorn. 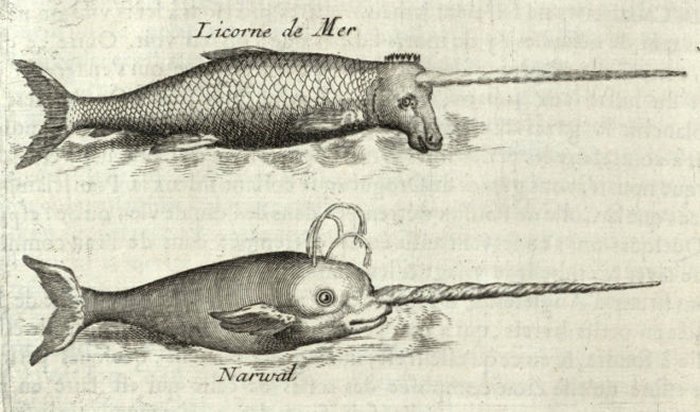 In his journal, Sir Frobisher wrote, “Upon another small island here, was also found a great dead fish, which, as it would seem, had been embayed with ice, and was in proportion round like to a porpoise, being about twelve foot long, and in bigness answerable, having a horn of two yards long growing out of the snout or nostrils. This horn is wreathed and straight, like in fashion to a taper made of wax, and may truly thought to be the sea-unicorn.”

Sir Frobisher was familiar with stories about the unicorn from the Bible and he was convinced he had found something truly precious. When Sir Frobisher returned back to England, he gave the horn of the sea-unicorn to Queen Elizabeth I of England (1533-1603), who kept the treasure together with her crown jewels. In those days, there was nothing more valuable than a unicorn horn and Elizabeth I was said to have paid 10,000 pounds for a unicorn horn, the price of a castle.

Sir Frobisher hoped this gift could convince the queen to finance more of his expeditions. 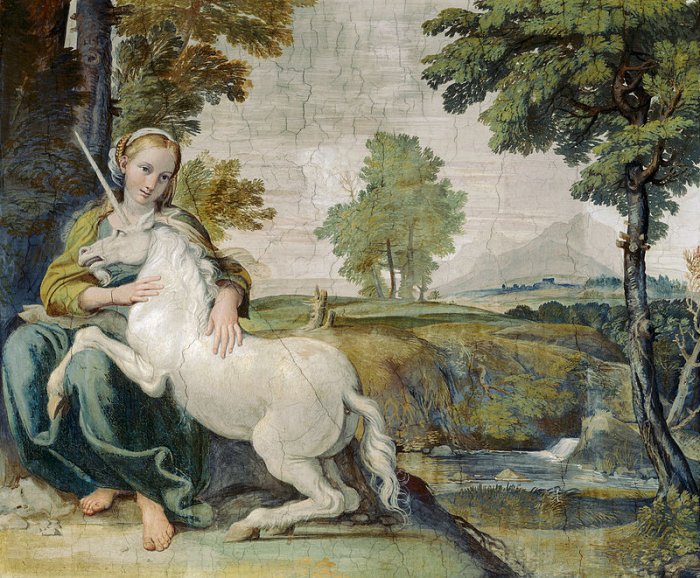 The gentle and pensive maiden has the power to tame the unicorn, fresco, probably by Domenico Zampieri, c. 1602 (Palazzo Farnese, Rome)

In Europe, Scandinavian merchants continued to sell faked unicorns, but what had turned into a lucrative business ended in 1638 when Danish scientist Ole Worm studied the alleged unicorn horn in detail and exposed the bluff.

Worm who was a respected scientist revealed the so-called unicorn horn people bought was in fact the tooth of a narwhal.

News about Worm’s research spread across the Europe and the interest in the faked unicorn horn faded.

So, as we have seen, Vikings were not only sarcastic jokers, but they could be dishonest businessmen as well.

What many people also didn't know at the time was that the unicorn in the Bible was an oryx. It was all an ancient translation mistake.