Ellen Lloyd - AncientPages.com - An extraordinary Viking treasure connected to King Harald Bluetooth has been found on the island of Rügen in the Baltic Sea in northern Germany.

Wonderful Viking Age necklaces, rings, bracelets, beads, brooches and hundreds of coins were discovered by an amateur archaeologist and a 13-year-old student who were searching the island with a metal detector. 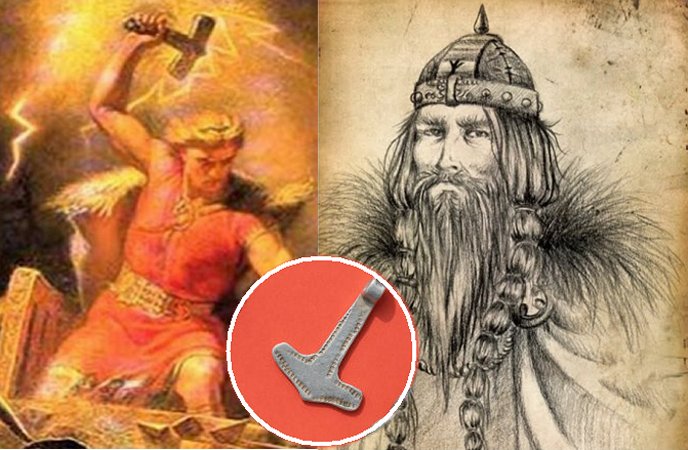 According to excavation director Michael Schirren, the silver coins are of "outstanding importance” because “similar types of coins have so far only been found in the territory of the Danish empire, such as at Husby and Harndrup”.

More than 600 silver objects were found, and experts say these items date back to the reign of the famous Danish Harald "Bluetooth" Gormsson (910-987).

Harald Bluetooth was the Viking king of Denmark between 958 and 970. King Harald Blutetooth was famous for uniting parts of Denmark and Norway into one nation and converting the Danes to Christianity.

He was a skilled military and political leader and united the outlying tribes of Denmark. 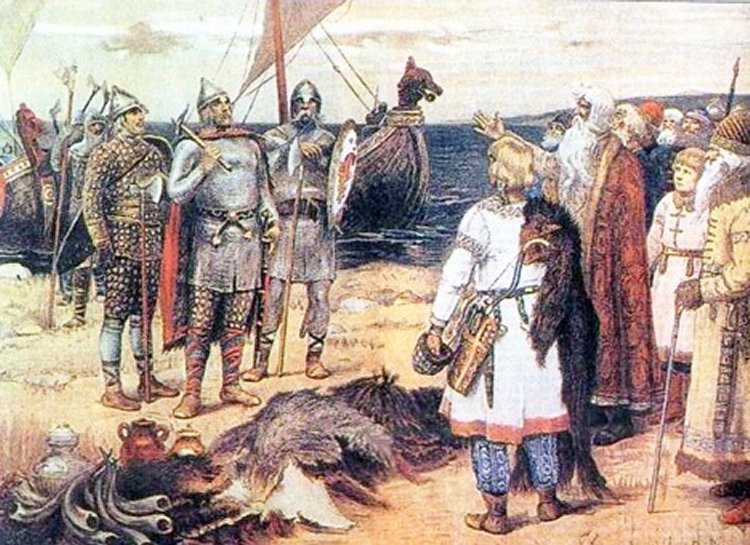 In Bluetooth’s legacy there are so-called “runestones” – monuments that usually honored the dead and their deeds.

Harald Bluetooth wished to be remembered for some specific achievements; therefore, he erected a runic stone intended to last forever.

King Bluetooth is equally known for casting off the Norse pagan traditions and, becoming a devout Christian who strove to peacefully convert the people of Denmark during his rule.

In 965, he erected a runestone in Jelling, with inscription: “Harald who conquered for himself the whole of Denmark and Norway and made the Danes Christian."

Among the artifacts discovered on the island of Rügen was an amulet made in the shape of Mjölnir, known as the Hammer of Thor.

Many readers of Ancient Pages, are familiar with Mjölnir (also known as Miölnir, Mjølne, Mjǫllnr) which was a terrible axe-hammer that belonged to Norse god Thor. The word Mjölnir means ‘crusher’ (or ‘striker’).

In Norse mythology, the Hammer of Thor was a great treasure that protected Aesir gods and their Kingdom Asgard.

Pagan Vikings worshipped god Thor and often carried an amulet made in the image of his famous hammer. 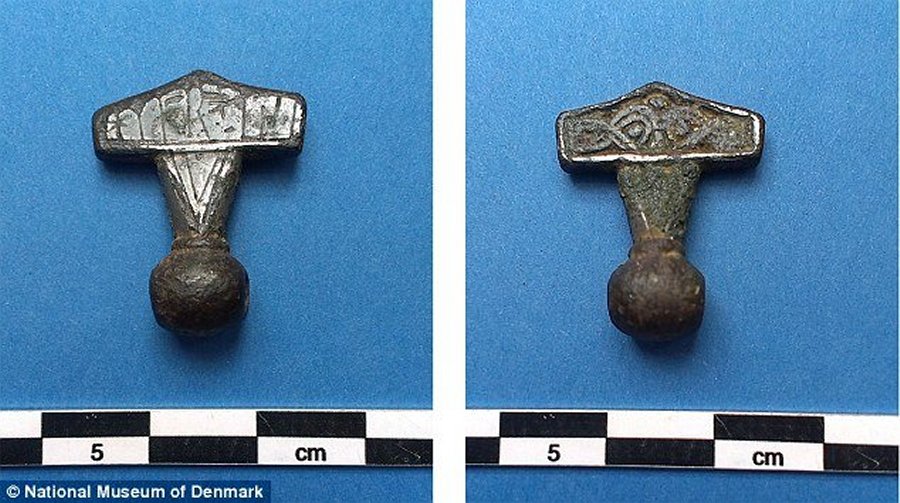 Discovered in 2014,  both sides of the Hammer of Thor amulet shown here with runes seen on the left image. Inscribed runes reads 'Hmar x is' (This is a Hammer').

It is not the first time archaeologists discover a Hammer of Thor amulet. Back in 2014, archaeologists, working with the National Museum of Denmark, unearthed an unusual 10th century amulet in Købelev on the Danish island of Lolland. The artifact finally ended the debate how Thor's legend influenced Viking jewelry.

On the artifact inscribed runes read 'Hmar x is' meaning 'This is a Hammer'.

An unknown rune writer confirmed that the amulet depicts Thor's hammer, a lasting symbol of Viking culture. The fact that the person who made the hammer was literate fascinated archaeologists.

Some years ago, archaeologists, working with the National Museum of Denmark, have unearthed the unusual 10th century amulet in Købelev on the Danish island of Lolland that could finally end the debate on how Thor's legend influenced Viking jewellery.
The latest find is unusual as it has runes inscribed that read 'Hmar x is' meaning 'This is a Hammer'.

The Christian cross is featured on the unearthed silver coins found on the island of Rügen. This is perfectly understandable since King Harald Bluetooth implemented reforms and introduced Christianity to Denmark.

But why was an amulet representing the Hammer of Thor discovered among the other artifacts that are believed to be linked to King Bluetooth?

According to state archaeology office, “it's possible that the hoard wasn't just from Harald Bluetooth's reign, but that it was directly tied to the king himself.”

Would a Christian Viking King Bluetooth carry a typical and significant Norse symbol associated with a Pagan god? 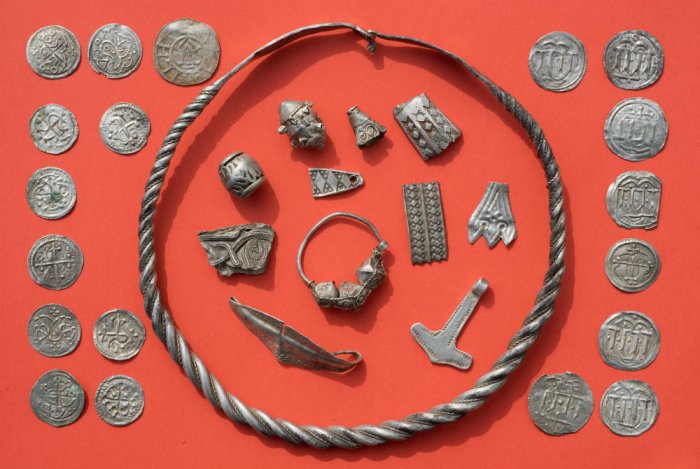 Some of the treasures that were discovered on the island of Rügen. Photo: DPA

One possibility is that the discovered hoard is not tied to King Bluetooth at all. During this time there was a lot of movements and there are many buried treasures in the area. However, the coins’ date seems to indicate scientists have good reasons to link the discovery to King Bluetooth.

Another option is that the Mjölnir amulet did not belong to King Bluetooth, but rather one of his warriors. That too seems unlikely because King Bluetooth promoted Christianity.

There is a third option that should be considered. According to Peter Pentz, an archaeologist at the National Museum of Denmark, it was the amulet's protective power that counted, and often we see torshammere (Hammer of Thor) and Christian crosses appearing together, providing double protection.”

Since Christianity was a new religion to Vikings in those days, carrying a protective Mjörnir amulet would be only natural to warriors who were surrounded by enemies. The cross and Hammer of Thor offered double protection against all possible danger.

In Norse mythology, Thor is one of the greatest gods, most popular and powerful gods. Just because Vikings converted to Christianity, doesn’t mean they abandoned all their Norse beliefs and traditions in one single day.