A. Sutherland - AncientPages.com - Ptah was among the most revered creator gods of the Egyptian pantheon, next to Amun and Ra. He was the creator god and keeper of the craftsmen, architects and sculptors.

Ptah’s origin is widely accepted as unknown; he had no parents as he was the creator of everything from the beginning. 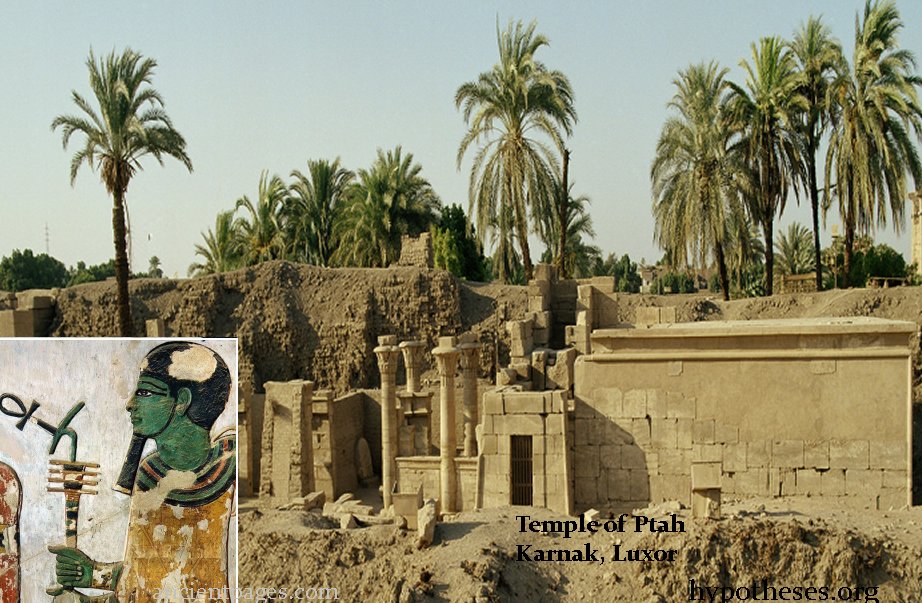 Ptah was an ancient god worshiped during the Early Dynastic Period and the earliest myths and legends related to him are lost and he is almost omitted in the Pyramid Texts but as the creator of agricultural fertility in Egypt, Ptah is better-known from the Coffin Texts and hymns dated to the Ramesside period (1189 BC to 1077 BC) where he is described as “Ptah, father of the gods, Tatenen, eldest of the originals… who begot himself by himself”.

Ptah was usually depicted as tightly wrapped like a mummy with green skin, symbolizing regeneration and rebirth. As a human figure, Ptah had false beard, his shaved head was covered with a blue cap crown and he was holding the Staff of Dominion combining the Ankh (life), the Djed (stability) and the Was Scepter symbolizing power.

Ptah was associated with the sacred bull Apis and as mortuary god, by being in a triad with Sokar (Seker, Sokaris), the Memphite god of the dead and with the god Osiris. 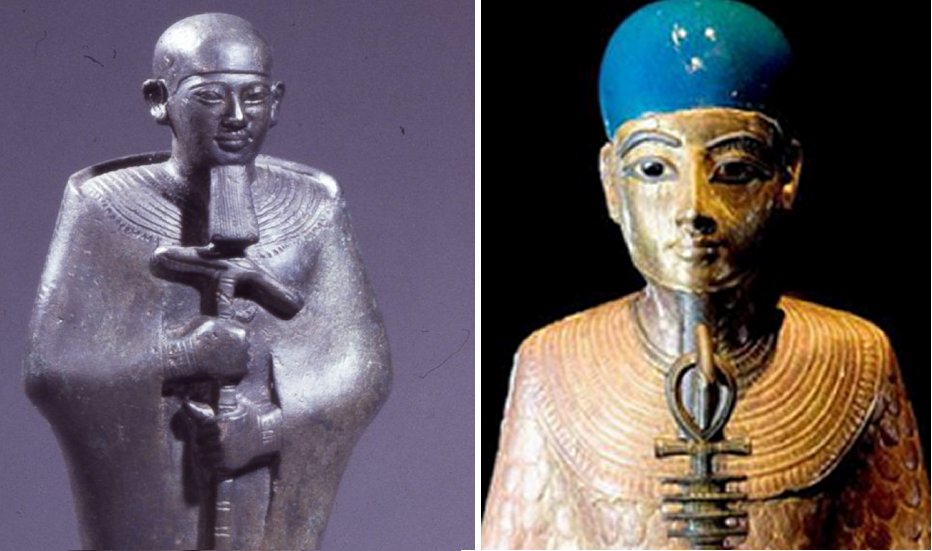 During the New Kingdom, Ptah was a state god and at that time, he was worshiped in many other places, such as Nubia, where his presence was found in several temples including those of Ramesses II at Abu Simbel, el-Derr and Geri Hussein.

Undoubtedly, Ptah was closely linked with the city of Memphis, which at the time of its founding was known as “Ineb-hedj” (White Walls) and later, around 3000 BC, during the unification of the country, it was called Memphis. During the Middle Kingdom (2040-1782 BC), the great god Ptah was titled “Lord of Ankh-Tawy” and it referred to the city of Memphis.

Interestingly, there are many scholars who say that the name of Egypt itself is based on the Greek form of the Egyptian “Hut-ka-Ptah” which means “the temple of the ‘ka’ of Ptah”. 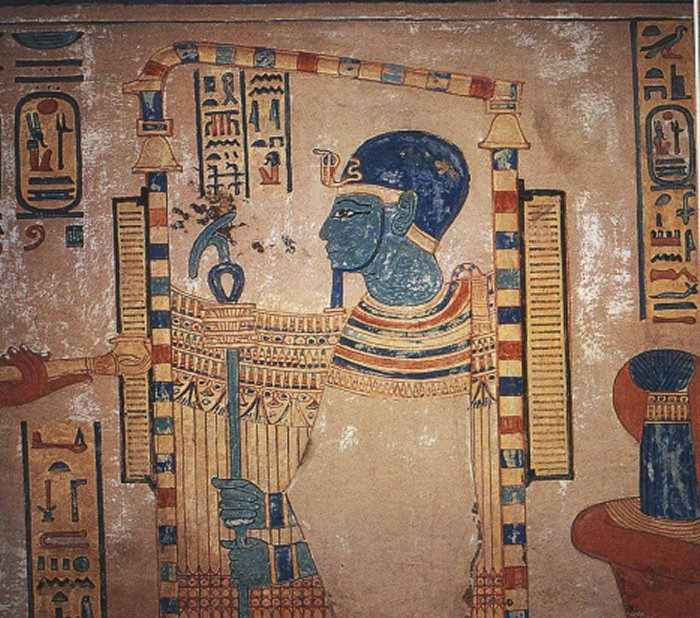 Ptah - tomb of Amenherkhepeshef, Valley of the Queen, western Thebes.

In his book "The Complete Gods and Goddesses of Ancient Egypt" Richard H. Wilkinson says that “during the Old Kingdom the high priest of Ptah bore the title “wer-kherep-hemu”, which means “great leader of the craftsmen” and while the god’s name gives no firm clue to his origin it is perhaps based on a root of later words meaning “to sculpt” and thus related to his identity as a craftsman god…”

Did Mastermind Imhotep Receive Sacred Knowledge From Followers Of Horus At Heliopolis?

Remarkable Sekhmet: Lioness Goddess With Many Names And Complex Personality

Ptah was both the sculptor and smith of mankind and creator of the arts and crafts... he was also clearly associated with other groups of craftsmen such as the workers of Deir-el-Medina who constructed the royal tombs in the Valley of the Kings. Naturally enough the Greeks and Romans associated Ptah with their own smith gods Hephaistos and Vulcan…”

There are depictions of Ptah standing on a narrow plinth (a base or platform) like one of the hieroglyphs used to write the word “Maat ‘or  ‘truth”. It is also believed that Ptah was depicted as a dwarf (a sacred dwarf Ptah-Partakos), as Herodotus claimed to see statues in this form in the temple of Hephaistos (Ptah) at Memphis.

On the other hand, Herodotus perhaps saw only “votive representations of dwarf workmen rather than the god Ptah himself...”

However, “the god also appears in the form of a dwarf on some of the magical ‘cippi’, which were healing tablets of the Late Period.”

Tyldesley J. The Penguin Book of Myths and Legends of Ancient Egypt