A. Sutherland - AncientPages.com - The Aesir were warlike gods who lived in total separation from the Vanir, the gods of fertility. The Aesir lived in Asgard and the Vanir, who existed long before the first Aesir gods appeared, lived in Vanaheim.

They did not always live in harmony. Their conflict is known from The Prose Edda, “Voluspa” as well as from Snorri’s Edda, “Gylfaginning” and “Skáldskaparmál”. 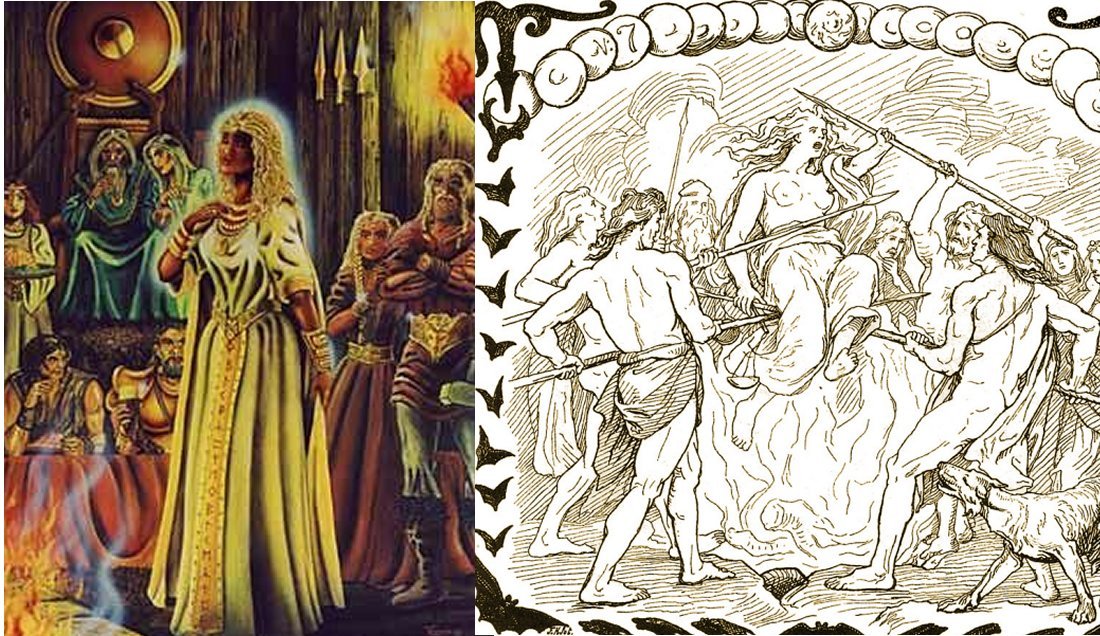 In the tenth-century poem, “Voluspa”, the seeress, Völva, recounts how the war started between the two tribes.

Why Did The Aesir Gods Want To Kill Gullveig?

Initially, the Vanir feared the Aesir and considered themselves overrun by their dominance, so they sent to them, Gullveig (“Power of Gold”), who was a beautiful woman, skilled in magic and associated with gold and wealth, but her skills in sorcery made no positive impression on the Aesir.

She wasn’t particularly welcomed as they considered her witchcraft dangerous for society.

They tortured and burned Gullveig to death three times to get rid of her and each time, they did it, she stepped out of the flames whole and lived again. Gullveig apparently possessed much more power and was superior to the gods and the act of killing her could symbolize a confrontation between death inflicted by a warrior and the power of rebirth.

In our earlier article on Ancient pages, we wrote about Hel Loki’s daughter and goddess of the land of the dead, who had far more power than the great Odin. Once, someone was in her power, no one, not even Odin, could successfully reclaim any soul she possessed.

When the Vanir heard how Gullveig had been treated by the Aesir, they swore vengeance and soon an army of Vanir appeared at the walls of Asgard, ready to fight. 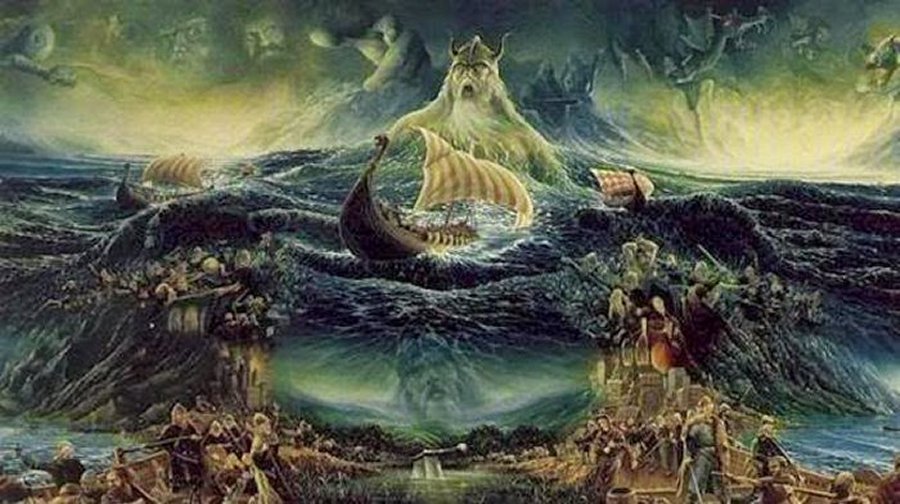 Odin who sat in his high seat in Valaskjalf, had his mysterious ways (Huginn and Muninn) to get all the information he needed, and nothing escaped him. He was ready to fight and the battle raged until both armies grew tired of the slaughter. In the end, after a long period of struggle, it became clearer that neither side was likely to win.

Aesir And Vanir Gods Reach An Agreement And Exchange Hostages

Eventually, the Aesir gods accepted that Gullveig was both indestructible and highly superior as a sorcerer and accepted her into their society. The two sides in the conflict long-discussed who was guilty of causing the war and eventually, both sides swore to live side by side in peace and harmony again and agreed to exchange hostage as proof of their good intentions.

The god Njord, and his two children, Freya and her twin brother Frey had to move to Asgard. Odin sent his brother Hoenir and the wise god Mimir to live among the Vanir.

Heimdallr: Norse God Who ‘Illuminates The World’ And Guards The Rainbow Bridge Bifrost In Asgard

The Aesir appointed Njord and Freyr as high priests to preside over sacrifices, and Freya became a sacrificial priestess and she began to teach the Aesir all the witchcraft that was in common use in Vanaheim. Odin sent his brother Hoenir, the god of silence, and the wise god Mimir to live among the Vanir. Hoenir was made a chieftain when he arrived at Vanaheim but somehow, he wasn’t able to think on his own and make decisions without having Mimir at his side. As he was also a poor diplomat, the Vanir gods concluded they had been cheated in the exchange of hostages.

They decapitated Mimir and sent his head to the Aesir. Odin used his magic to restore the head of Mimir to life. He placed it in a spring, known as Mimir’s Well, at the foot of the sacred tree, Yggdrasil, and he regularly visited the well to seek wisdom from Mimir.