AncientPages.com - Mysterious crystal sunstones are mentioned in many Icelandic Sagas. Long considered mythological objects, there is reason to believe that legendary Viking Sunstones did exist and Viking Sagas were more truthful than we realized.

A special crystal discovered with the wreckage of the Alderney, an Elizabethan warship that sank near the Channel Islands in 1592, suggests legendary Viking sunstones did exists in reality.

According to these sagas, the Vikings used whales, swells, birds, the stars and the wind as clues to aid in navigation.

Crystal “sunstones” could have helped Viking sailors to navigate even when cloud or fog hid the sun.

Researchers with ELTE Eötvös Loránd University in Hungary have run computer simulations with the goal to unravel the secrets of Viking sunstones and how they could have been used for navigation.

“The team simulated 3600 voyages taken during the spring equinox, the presumed start of the open seas travel season, and the summer solstice, the longest day of the northern year. Otherwise, the simulations varied only by three factors: The amount of cloud coverage (which varied over the course of the day), the type of crystal used as the sunstone, and how often mariners consulted them. Each time a navigator made reference to a sunstone, the simulated ship adjusted its course if needed,” Science Magazine reports. 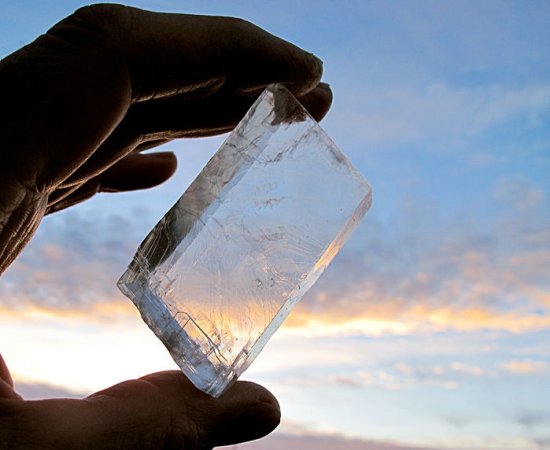 Crystals of calcite, like this one, may have been the “sunstones” of Viking legend that enabled these seafarers to successfully navigate lengthy voyages. Credit: Public Domain

According to the scientists, “the sky-polarimetric navigation is surprisingly successful on both days of the spring equinox and summer solstice even under cloudy conditions if the navigator determined the north direction periodically at least once in every 3 h, independently of the type of sunstone used for the analysis of sky polarization. This explains why the Vikings could rule the Atlantic Ocean for 300 years and could reach North America without a magnetic compass.”

“We showed that this navigation method can function well under cloudy skies on a voyage with varying cloudiness if the navigation periodicity is small enough and is distributed symmetrically before and after the time point of the real noon,” the study concludes. “Nobody knows whether the Vikings really used this method. However, if they did, they could navigate with it precisely.”